Man, did I ever bump the beehive with this report! Part 1 certainly got a rise out of a lot of you. And you said what was on your mind. I bet you are the kind of guys who would tell me that my dog is ugly, too.

Okay, I’m rooting for the Hatsan 85 Mossy Oak Break Up rifle that I’m testing. Why? Because according to the advertised specs, it puts out a little more power than an RWS 34 (remember — we aren’t calling them Dianas any longer), yet sells in this combo package for 50 dollars less than just an RWS 34P, by itself. If this rifle is accurate, we have a potential world-beater on our hands.

I know that Hatsan is conservative with their advertised velocities. And, from shooting their precharged rifles, I also know they can be quite accurate. What has never come together for me is power and accuracy in the same Hatsan spring rifle. PCPs, yes, but never springers. At least not for me — yet.

The other thing I haven’t seen until this test is a Quattro trigger in a springer that was smooth, crisp and light. I reported to you in Part 1 that this one is very nice, and today we will find out just what that means.

Today is velocity day, and I want to get to it. I also want to show you the scope dovetails and scope stop that’s built into this rifle, because someone asked about it. I won’t get to the scope until a later report, because this rifle does have open sights that I plan on testing in the first accuracy test., but I can at least show you the base.

Hatsan advertises this model at 1,000 f.p.s. in the .177 caliber I am testing. If this were any other maker I would expect to see that with the lightest pellets, only, but Hatsan USA CEO, Blaine Manifold (I still think that is the perfect name for somebody in the airgun business!) told me they test their guns with real-world pellets. So we can expect to see more than 1,000 f.p.s. with some of the super-lightweights. I will test a full span of pellet weights.

I chose RWS Superdome pellets to represent the middle weight range. The first shot out of the rifle went 1091 f.p.s., but it was an obvious detonation. After that 10 more Superdomes averaged 984 f.p.s. The low was 967 and the high was 1002 f.p.s.. The spread was 35 f.p.s. And by the way, the Superdome is a medium-wight pellet, so Hatsan is being conservative about the power once again.

At the average velocity this 8.3-grain pellet generates 17.85 foot-pounds of energy at the muzzle. That’s right where we want this airgun to be, because it’s not too overpowered to hurt accuracy.

Last to be tested were some Crosman SSP hollowpoint pellets. At just 4 grains I knew they were going supersonic, but I didn’t plan on the crack they would make. I had to wear hearing protection in the office to test these pellets.

They averaged 1297 f.p.s. with a spread from 1281 f.p.s to 1319 f.p.s. The spread was 38 f.p.s. At that speed they generate 14.94 foot-pounds of energy at the muzzle. Normally lighter pellets generate more energy than heavier pellets in a spring-piston gun, but this Hatsan is just backwards of that. That tells me the piston is probably on the heavy side, and heavier pellets are going to be better.

I measured the trigger pull next. No matter where it is I plan to leave it as I found it because it is adjusted just the way I like it. I discovered a quirk in this trigger. The effort varies greatly, depending on how it is pulled. If you pull straight back it measures 5.lbs. 14 oz. But if you pull up as you pull back it drops to a very consistent 3 lbs. 13 oz. Obviously that was what I was feeling before.

What does it take to cock the 85? Well, I was doing it with one arm, so I knew it had to be something under 40 lbs. Turned out to be 32 lbs., and I can feel that a couple of those pounds will go away as the rifle breaks in. Once again my decision to test this rifle is justified.

One thing I will mention is during cocking that little bend in the cocking link (look at the SAS picture in Part 1) sometimes peeks out of the cocking slot and disrupts my efforts to move the barrel. It happens as I am closing the barrel more than when I am cocking it.

The last thing I will do today is show you the 11mm dovetails that are machined directly into the spring tube. 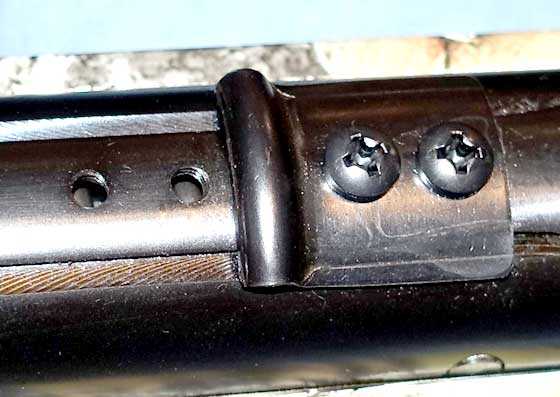 The scope base is a parallel set of dovetails cut into the spring tube. The scope stop is a block that can be repositioned for best effect.

I like what I see so far. The Hatsan 85 is powerful, but not raw as so many super-powered springs are these days. The power is good for hunting and the trigger is light and crisp. Let’s just hope the accuracy is there, too. 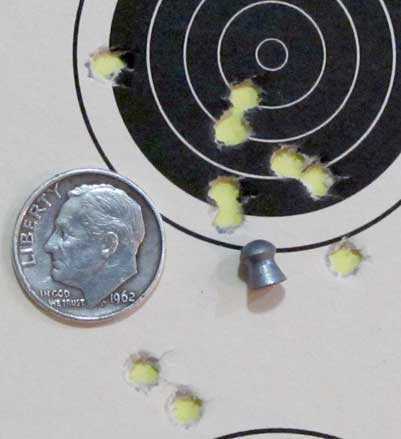 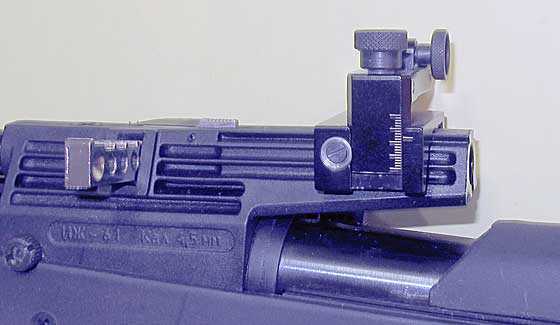 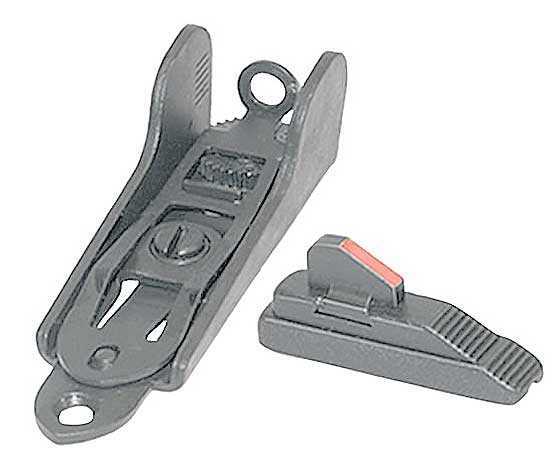