Home > Blog > Spring > How many shots will an airgun get over its life?

How many shots will an airgun get over its life?

This report is written at the request of reader redrafter. I made the title long, because it contains some things we need to think about. If an airgun is overhauled and gets new seals and springs, is that the end of its life? I don’t think so. What I am calling the end of an airgun’s life is when it no longer works and cannot be repaired with parts that are available. I say that because a careful worker can often extend the life of something beyond even that end. So, my definition of an airgun’s life is when there are no longer any repair parts that are easily available.

Let’s get these out of the way up front. Action airguns include the action pistols, submachine guns, revolvers and rifles that allow rapid fire like the Crosman 1077. As a class of airgun, these are the most likely guns to fail, and that is because of how they are intended to be used — i.e. rapid-fire most of the time. Within this group some guns have a reputation for early failure, while others, like the 1077, seem to last much longer than their synthetic materials would imply.

My advice for this class of airgun is don’t get too attached. Sooner or later, the rapid firing they are subjected to will wear their synthetic parts past their serviceable limits. And outright abuse, which this class of airgun gets more than any other, will speed that up.

When the wrong materials are used, they will fail. One textbook example of that is the Schimel GP22 air pistol that has a number of materials defects. First, the cocking arm is made of diecast metal that can do the job as long as it is in good shape, but if the casting has an unseen flaw such as a void in the metal, it will corrode over time and eventually fail at that point. Diecast is not the best material for strain. On the other hand, Daisy uses a plastic pump arm on their 853 target rifle. It seems flimsy, but they are not known to break easily. Sometimes the material that seems flimsy will surprise you. 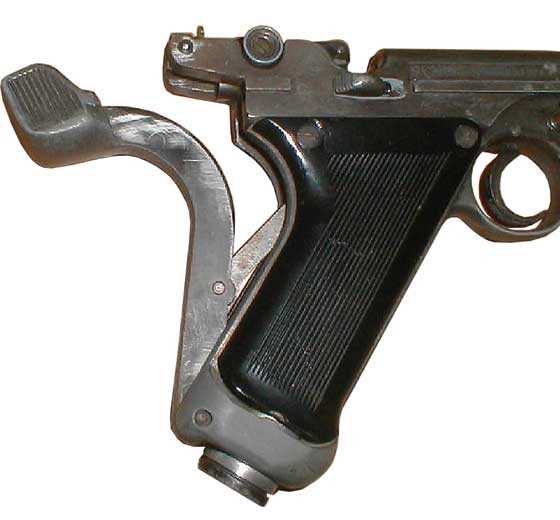 The cocking arm of a Schimel pistol is diecast metal that sometimnes breaks.

The Schimel pistol also has problems with some of its parts welding themselves to others over long periods of time. The climate has a lot to do with this. 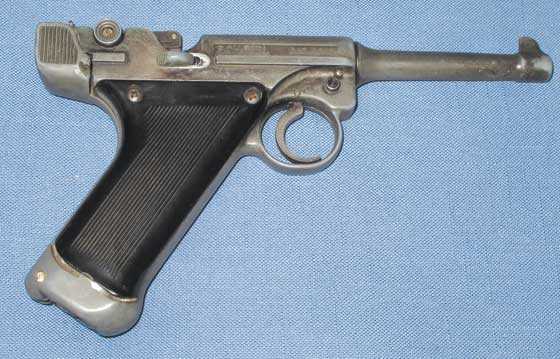 Different metals in contact in the Schimel sometimes cause dielectric welding over time.

The Schimel is a study in materials shortcomings. Its plastic grips shrink and warp over time and its o-rings are made from incorrect material for use with CO2. They absorb the gas and swell to many times their size, preventing the removal of an expended CO2 cartridge for hours after it is exhausted.  Most problems are because the Schimel was built at a time when modern synthetic materials were still in their infancy. The makers used what was available.

The synthetic piston seals in FWB 124s, all Walther spring rifles and all Diana spring rifles that were made in the 1960s and into the 1970s will fail through dry rot. Whether used or stored, they all fail with time. The replacements are made from the correct materials and the problem no longer exists.

Now, by my definition, the guns made from steel whose seals fail can be repaired and live on. By my definition, their lives are not over when they need a rebuild. On the other hand, guns like Schimels often fail in ways that make them non-repairable.

It isn’t a question of “if” a reg will fail; it’s when it will happen. They all fail over time, so your best bet is to buy a gun whose reg is easily repaired by the user.

On the other hand, regulators are repairable, so they don’t end the gun’s life when they fail. They just cause a momentary stoppage until they are either repaired or removed.

This class of airguns contains all the single shots like the Crosman 180s and the Sheridan 2260s. These guns last longer than the action airguns that are also CO2-powered, plus they are very rebuildable. Some of them can be built entirely from parts! As long as the parts are available, these guns can be restored and renewed. Their life is pretty much indefinite.

On the other hand, there are more complex CO2 airguns with proprietary parts. These guns will continue to function only as long as those parts are available. The Crosman 600 pistol is one such example. There is a cam and a feed arm the cam operates that feeds pellets from the inline magazine to the barrel. If either of these parts breaks, there are no replacements — aside from parts guns. But since these parts are usually the first to go, you never find them. 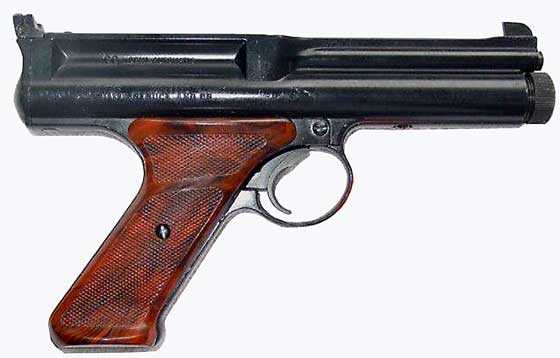 Crosman’s 600 pistol is like an action pistol, but its great trigger and accuracy boost it into the ranks of a serious shooter. When proprietary parts break, there are no replacements.

I could break this class down to the less expensive multi-pumps and the more expensive PCPs, but in general these also have an indefinite life. But there are a couple of known issues. The guns with barrels soldered to the pump tubes can separate at that juncture. Scoping them often causes this. Once separated, no one has yet successfully devised a commercial method of resoldering them. Perhaps one or two clever workmen have done it, but no repair center I know of offers this repair.

The other major failure happens when the pump mechanisms are overstressed and the pivot pins hog out their pin holes in brass tubes. Repairing this failure is a thankless task that is possible but not economically feasible. In other words it can be done if you have the money and find the right repairman.

This class of airgun lasts for hundreds of thousands to millions of rounds. The uber-powerful sporters will be the first to wear out from parts strain, but the milder shooters can last and last. Many BSA rifles built before 1910 are still going strong, with no signs of failure. There are club target rifles whose lives have passed the one million-shot mark and they are still going strong. They will occasionally need seals and springs, but everything else just keeps working.

After an overhaul (new spring, piston seal, breech seal) a spring piston airgun can be expected to get 10,000 to 75,000 shots — all depending on the power and construction of the gun.

And the longevity winner is — the common Daisy-style lever action BB gun. The U.S. Army had guns they documented shooting over 20 million shots in the Army’s Quick Kill training program! Sure, parts were replaced, but the guns themselves kept going and going. In fact, Daisy’s former marketing VP, Joe Murfin, once lamented to me jokingly that Daisy made those guns too well! At least I think he was joking.

The barrel of a centerfire firearm wears rapidly and may get 1,000 to 5,000 useful shots in its lifetime. It is difficult to replace when needed. A BB gun shot tube, by contrast, is an inexpensive part that any owner can replace.

But what is the number?

I’ve told you about the relative longevity of different types of airguns, but that doesn’t answer the specific question that was asked. How many shots will an airgun get over its lifetime? It is impossible to be specific, but I can give you a relative scale to consider.

An action airgun will get from thousands to tens of thousands of shots.

Airguns made from improper materials may get from thousands to tens of thousands of shots. The more they are shot when new, the more shots they will get.

The life of many CO2 guns cannot be estimated, because it is possible to replace all of their parts. As long as good parts are available, their shot count is unlimited. I’m talking about the simpler guns when I say this. The complex designs will still contain proprietary parts that, once they fail, they bring down the entire airgun.

Spring piston guns may get millions of shots over their life, providing they are maintained and not abused. The lower-powered guns will last the longest.

The point of all this is, in most cases, an airgun is built to outlive its original owner. There are some exceptions that I noted, but in most cases, there is no practical end to an airgun’s life. 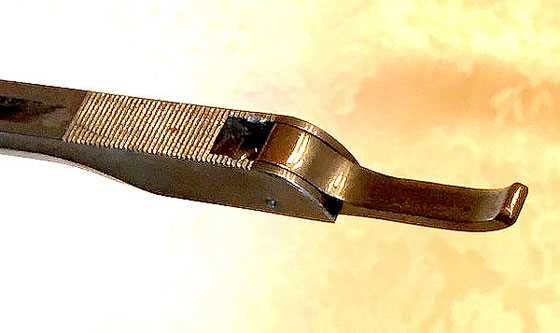 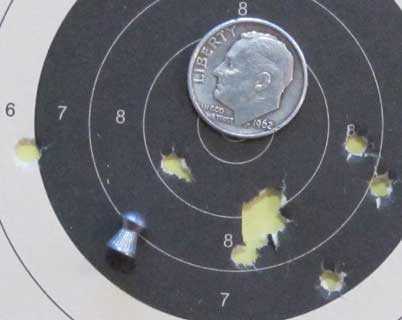