Think of this report as a bonus. I thought I was finished with the Rogue after Part 4, but then Seth Rowland — the man who organizes the Malvern, AR, airgun show and also provides big bore airgunners with swaged and cast lead bullets — contacted me, saying that he had been following the series. He told me he had a couple different bullet designs, some that he swages and can control the weight and length of the bullet. He wondered if I wanted to test the rifle with some more bullets — this time from a source other than Crosman/Benjamin. He had no idea whether any of the bullets would work in the rifle, but he did know they were large enough to fit the bore well. read more

After the last report, I spoke to Dennis Quackenbush about how the new Rogue I was testing. I explained that while it shot well with Benjamin bullets, it didn’t seem to group with cast bullets obtained from other sources. He first suggested that I try the old .38-caliber 200-grain lead bullet that we know as a police round here in the U.S.; but in the UK it was their substitute for the old .455 round. When they downsized their WWI service revolver to reduce the recoil, they substituted the 200-grain .38-cal. bullet for the much larger .455-caliber man-stopper they had in WWI. Unfortunately, they also knocked about 9 oz. off the weight of the revolver at the same time, with the result that the new cartridge and revolver kicked just about the same as the one it replaced. It was easier to carry, of course, and that’s always a consideration, but it wasn’t the man-stopper the older bullet had been. read more

The first time I took the Rogue to the range I was trying three different styles of cast lead bullets that had been supplied to me when I reviewed it for you earlier. Crosman had sent two of them, and Mac gave me the third when he heard what I was testing. I never lubricate lead bullets that I shoot in big bore air rifles, so I took all three of these bullets to the range as they were cast. You need to know that, when a bullet is cast, it comes from the mold not perfectly cylindrical. In black powder arms, where I also shoot lead bullets as-cast but lubricated, the bore will make them round; and in so doing, they seal the bore better. The guns I shoot are all vintage arms with bores much larger than today’s guns of the same caliber — so it’s become a habit of mine to shoot bullets as-cast. read more

Ed said the gun would give more shots on these settings because the valving had been trying to do too much before. So that was what I was looking for at the range — a gun with tractable power and simpler options. read more

I’m going to review that operation for you, again, because there have been a few significant changes…plus some that won’t be visible to the user but which should make the operation even better. I won’t dive into the guts of the gun like I did in the last report, because things there haven’t changed enough to be noticeable; but when it comes to something that affects the gun’s performance, I’ll address it. read more 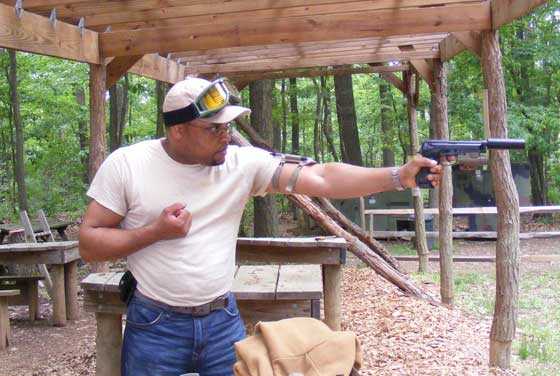 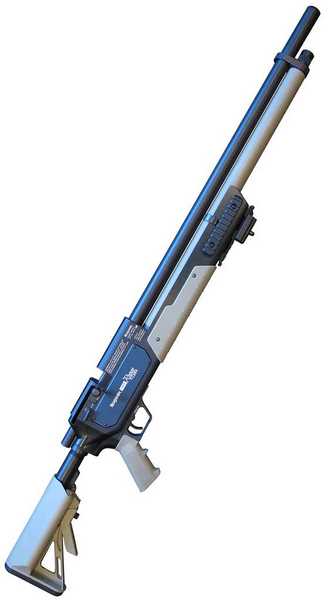 Power
We’ve discussed how the shooter can program the rifle for three bullet weight ranges (100, 145 and 170 grains) and three power levels (low, medium and high). Let’s look at some other things the shooter can do with the power of the gun. For example, if high power just isn’t enough, you can program the Discharge power setting. It’s above the High power setting and was explained to me by Ed Schultz of Crosman as the number 11 on a rock-band amplifier that tops out at 10. read more 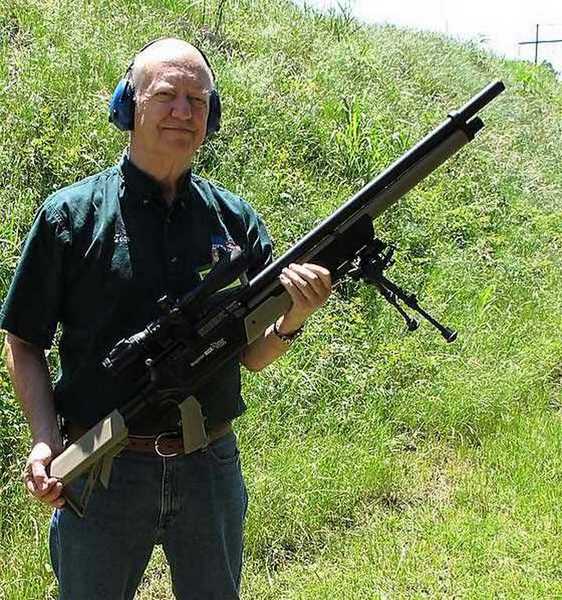 Oh, the Crosman engineers had been very forthcoming with their testing anecdotes, and as for experience, there was a bundle of it already in the bag from gun writers who both saw and shot the rifle at the SHOT Show on Media Day. Unfortunately, the anecdotes were told to me in Martian — a language without a universal translator. Crosman engineers understood very well what they were saying, but without a common frame of reference, I had no clue. The little field experience there was came from gun writers, as in, “Golly, Jimbo! It’s a three fifty-seven BB gun! Whad’ja think of that?” read more