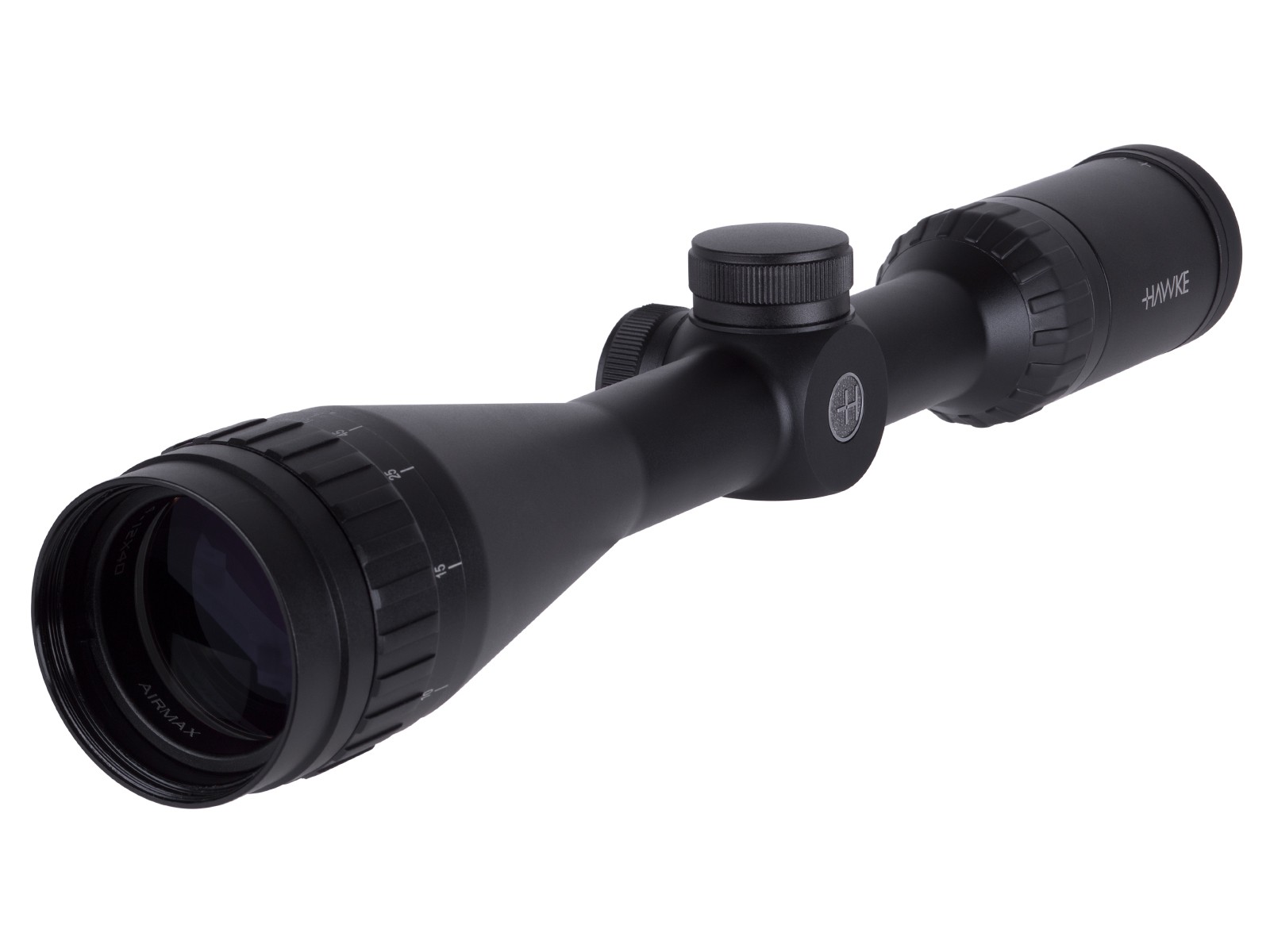 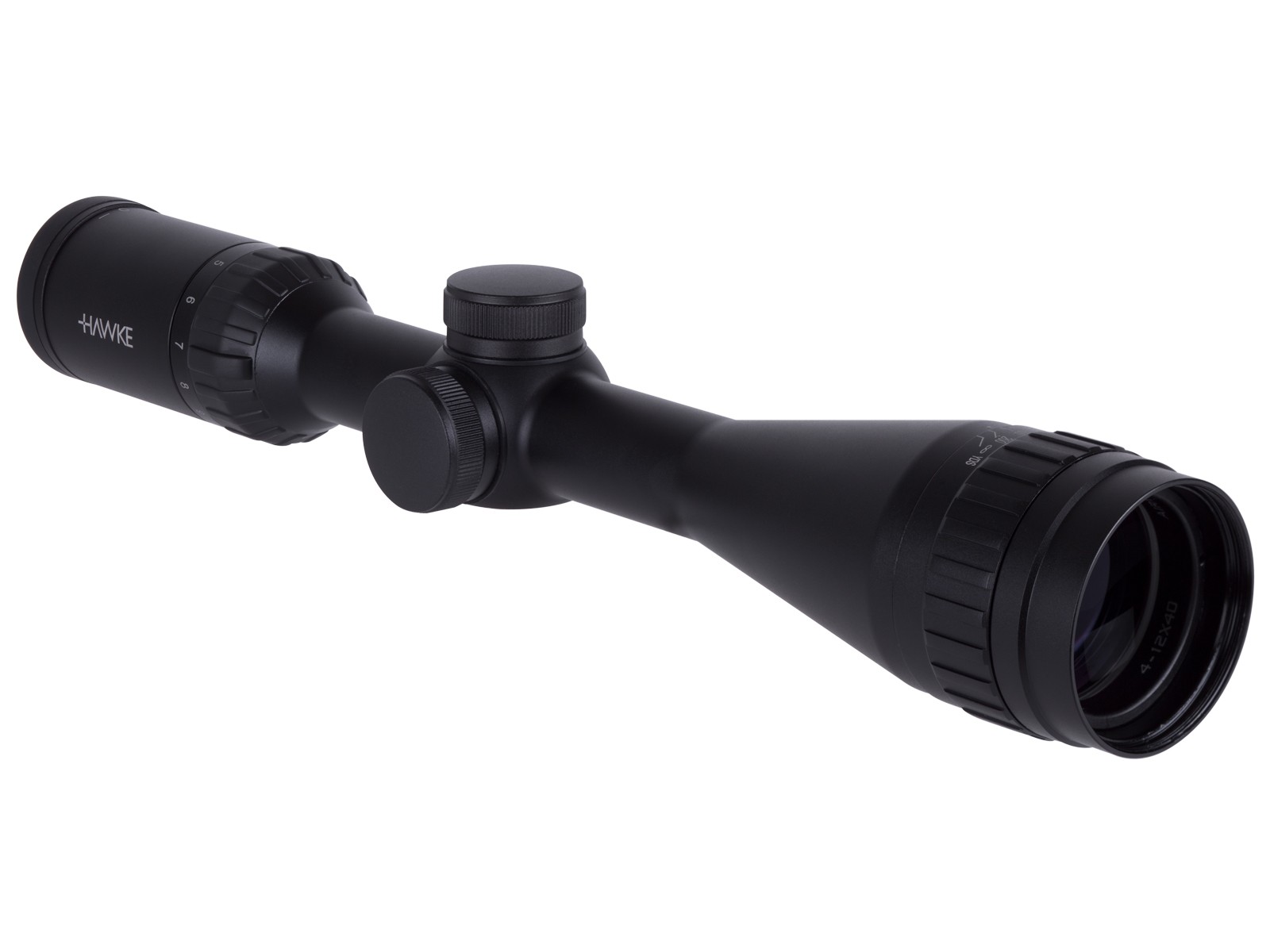 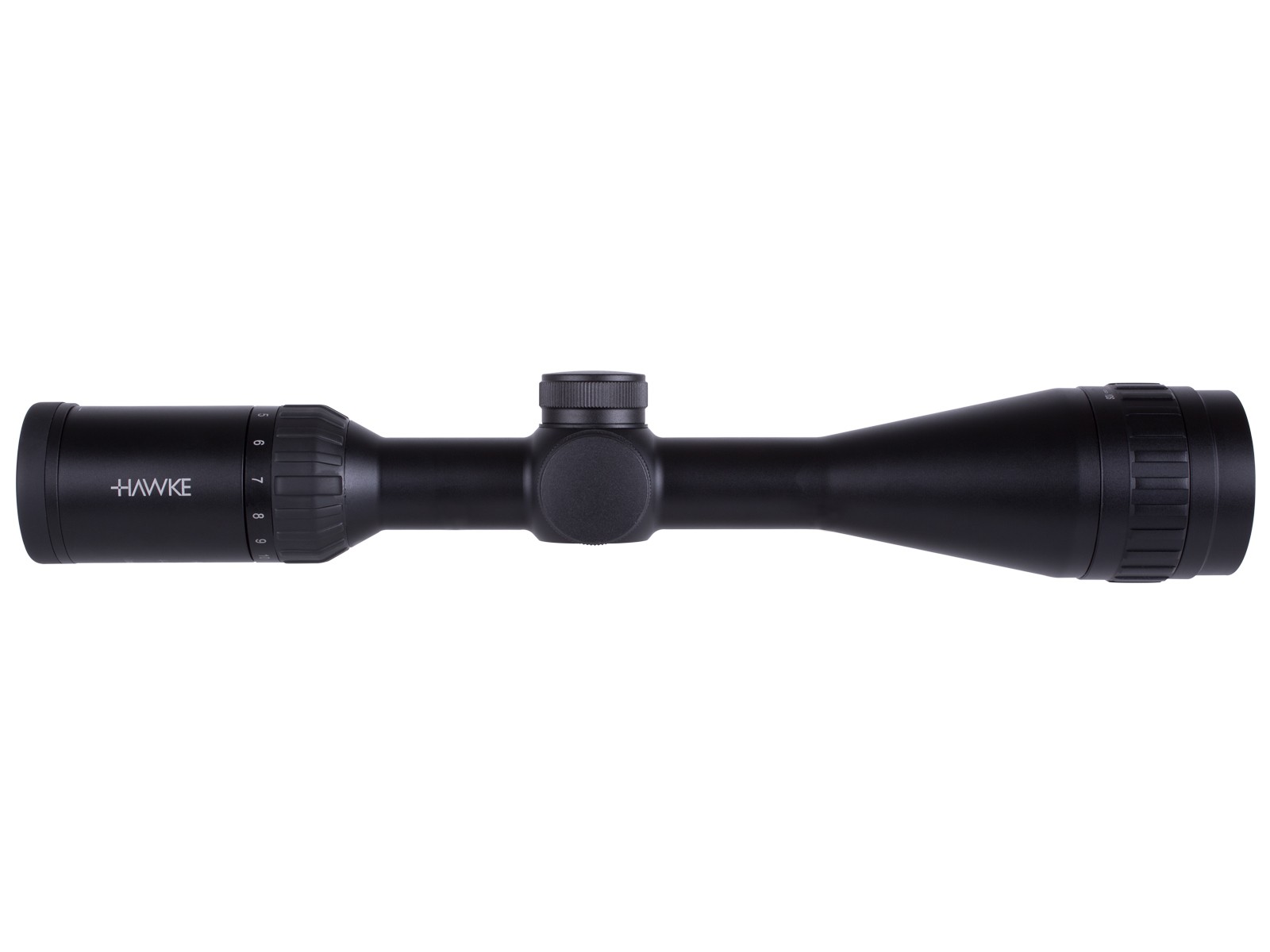 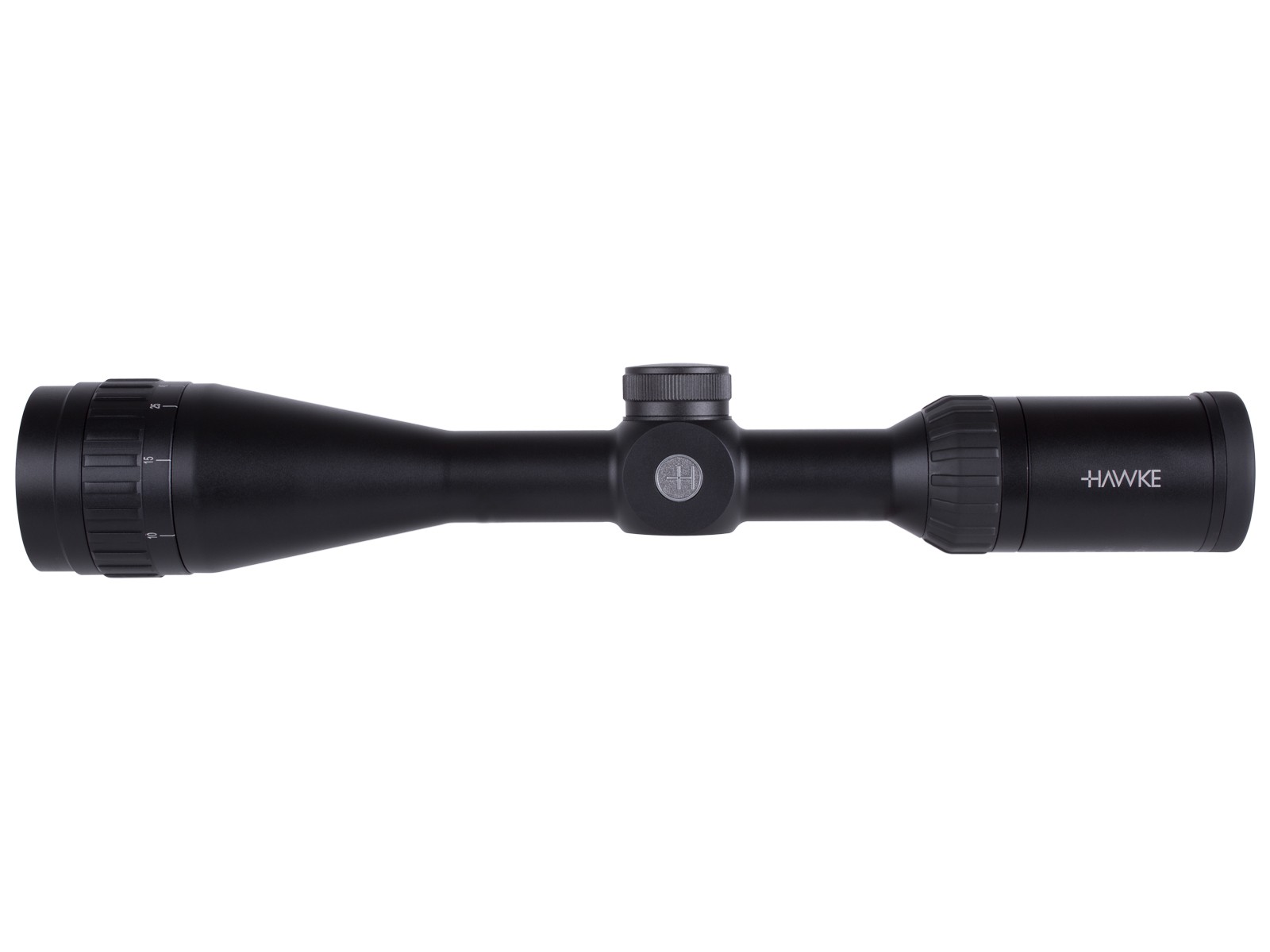 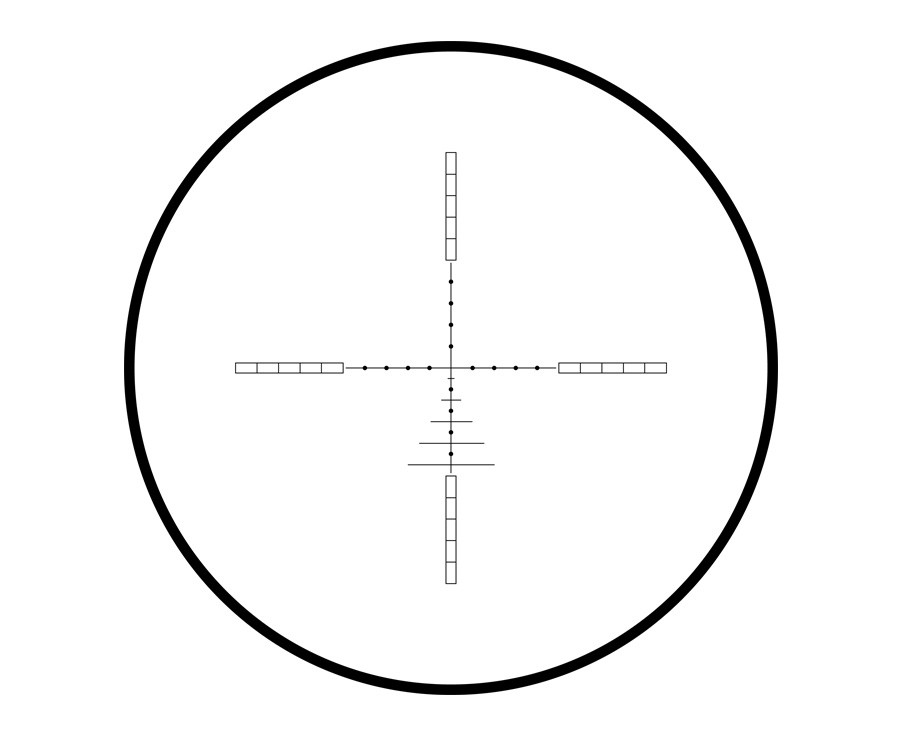 If you haven't already considered an Airmax scope from Hawke Sport Optics, this is the scope for you.

The AMX etched glass reticle provides even more accuracy from your gun and is based on the 10x half Mil Dot spacing that is popular with other airgunner optics. This reticle features additional windage bars on the lower Mil Dots offering increased aim points for longer range shots. The fully multi-coated lenses are waterproof, shockproof, and nitrogen filled for the best possible light transmission.

PLEASE NOTE: The tube spacing on this scope does not allow it to fit with long, one-piece scope mounts over 4.5" in length.

The Reticle needs to be darker

Quality and a Big Bang for the buck

Bright, clear lenses, floating reticle, semi target knobs. This is one of the best scopes I've used on any gun. It's not a Zeiss, Meopta, Swarovski, but it's a darn good clear well built scope. You could spend considerably more and not get anything close to this good. I've used cheap scopes and they are always loosing their zero, fuzzy lenses, whatever, but for just a few more dollars this thing is phenomenal. I can't think of a single thing I would change.

Some have griped about the reticle getting lost in heavy cover, and it's true. But that's a tradeoff you make for having a reticle that is fine enough for pellet rifles while still being as visible as possible. If you are going to hunt in low light, then you really should get a lighted reticle scope. But for general shooting and hunting, this is the cat's arse. I don't have much trouble in low light, but I don't use it much then either. I like a scope that doesn't cover a lot of the target and this one fills the bill nicely.

Mounting options are a bit narrow, but more or less the same for all scopes in this size range. My Daystate feeds from a clip, so that makes mounting a little bit of a challenge, but it's easily worked out, so beware it needs to either be pretty high or narrow rings to get you where the adjustment turret bulge under the scope doesn't interfere with the clip. I would say this is pretty much the same with all cip fed rifles with all scopes in this magnification range. If you go to a way longer scope, you're good to go. Also, I had a problem with one of my used Hawke scopes, looked like some dirt broke loose inside the scope and got all over the lenses. Hawke was SUPER about replacing it pronto. It was one of the easiest replacements ever, they are a super outfit to deal with. I'll be a permanent customer.