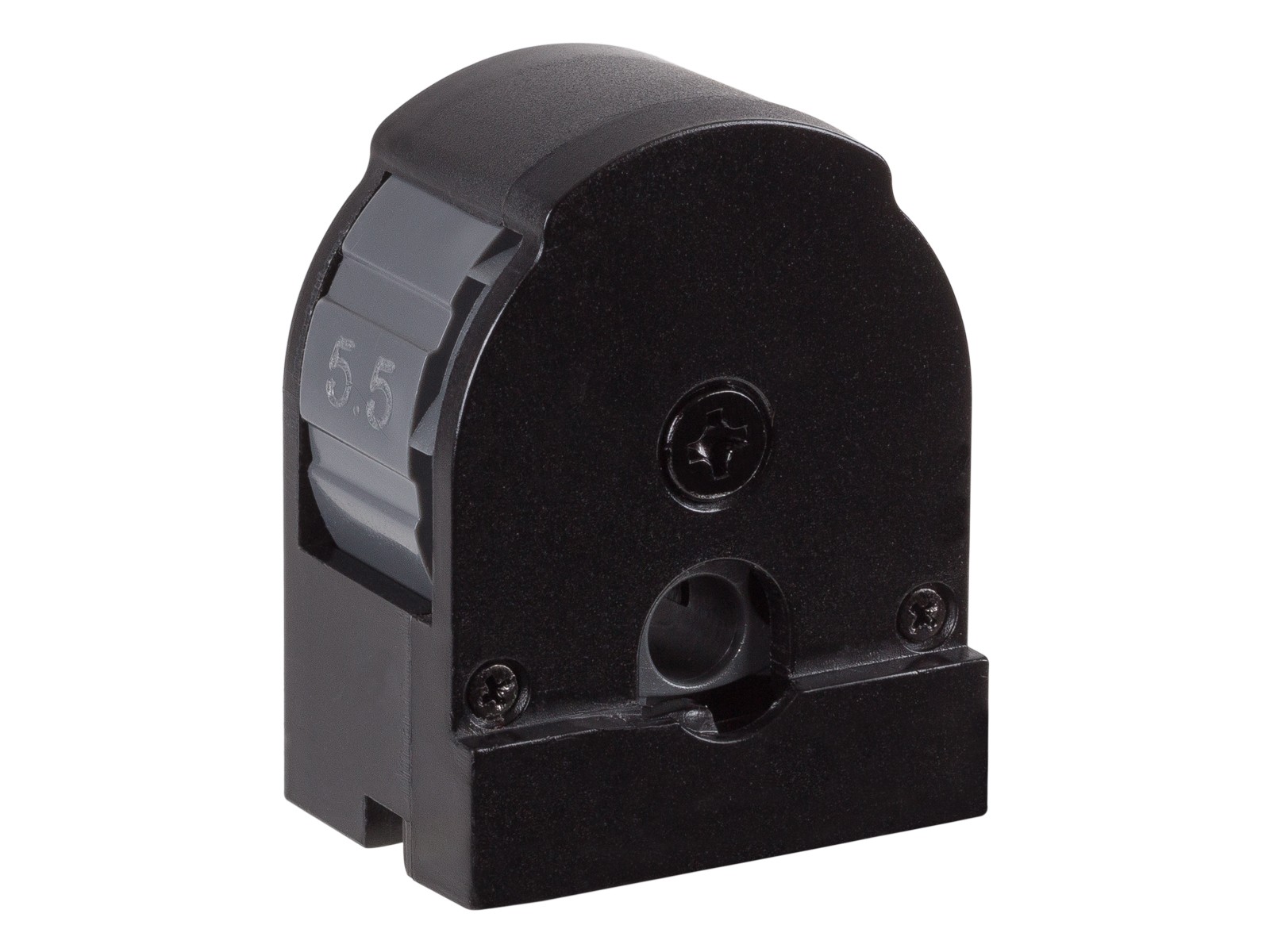 
Pick up a spare magazine or two for your Seneca Eagle Claw PCP rifle or carbine and keep the shot strings going longer with fewer stops to reload.

I would like to have some idea of how many and possibly what kind I have loaded in the magazine. It's a real pig in a poke because you can't see how many there are or what they look like. The Kral mag's have a nice little number that you can see how many you have and the clear cover lets you see what they look like on the skirt end. The Hatsan Mag's also have a clear cover so you can at least get an idea how many you have left even if there is no little number. When you open the bolts and pull the magazine out to see how many you have the one that is ready to load falls out of the magazine into the weeds so now you just lost one and you still don't know how many you have because there is no numbers or indicator. I had some pellets that had thin skirts on the back and when I cocked the rifle standing in the woods I pointed the muzzle upwards and the pellet fell into the action and jammed the gun. Had to get my tools out and take the stock off and then the little side plate.

I bought two extra magazines despite the fact that they're overpriced and I took them apart and modified them so now I can shoot slugs or pellets with a thin skirt and they won't fall backwards into the breach block and jam the action. As a retired aerospace engineer I have some idea of how to re-engineer these. The little plastic shoe that catches the wheel for the indexing can get a little dust or dirt in it and then the little click doesn't work until you clean the dirt out of it which is not very convenient if you are hunting in the woods and the wind blows some leaves and bark around.

4.5 (37 reviews)
Product DetailsItem comes in various specifications. Check product details to select what is best for you.