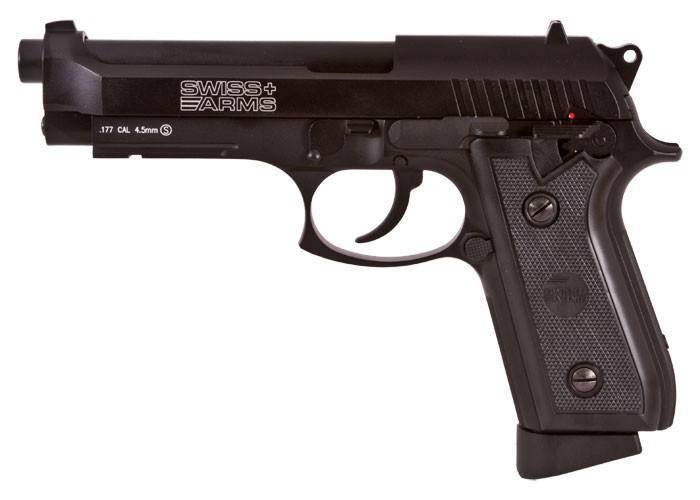 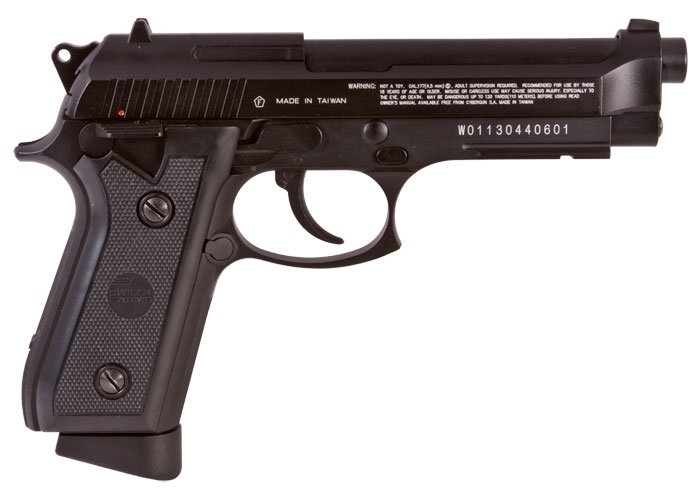 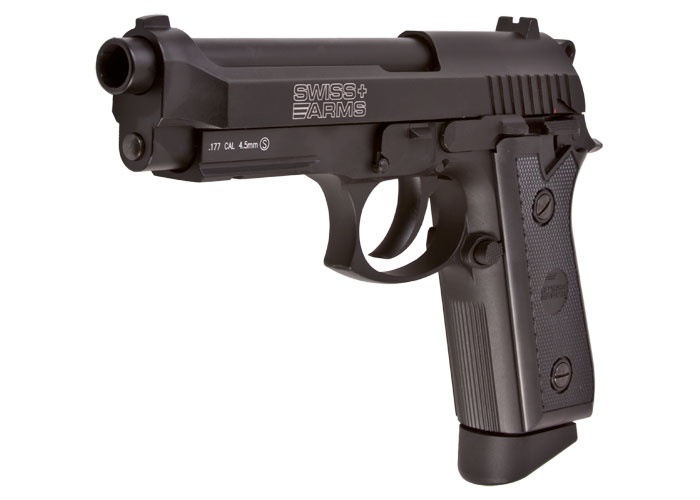 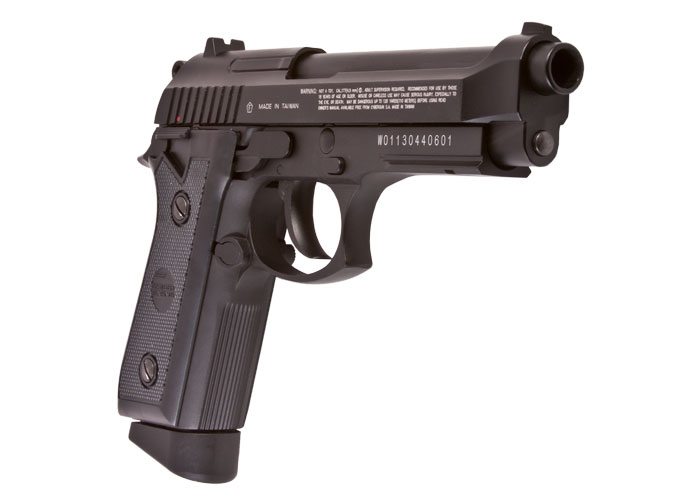 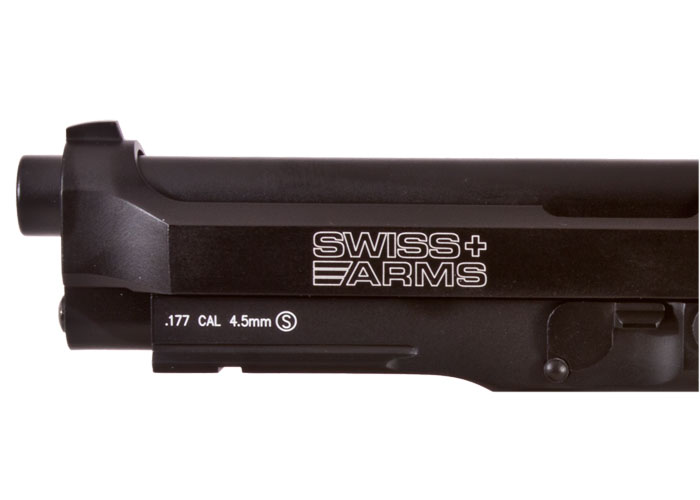 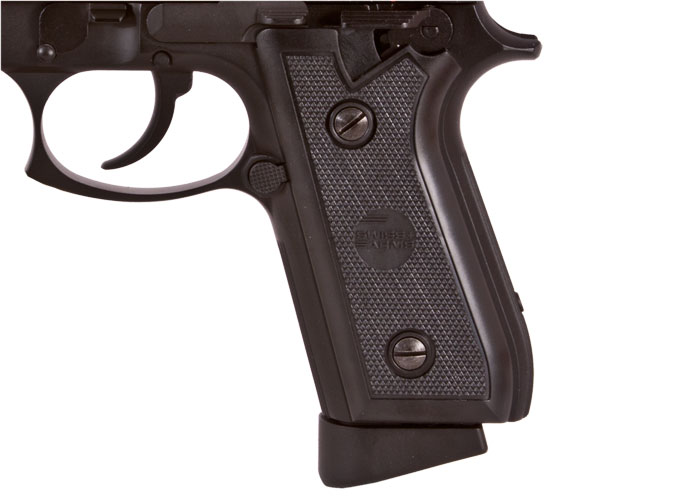 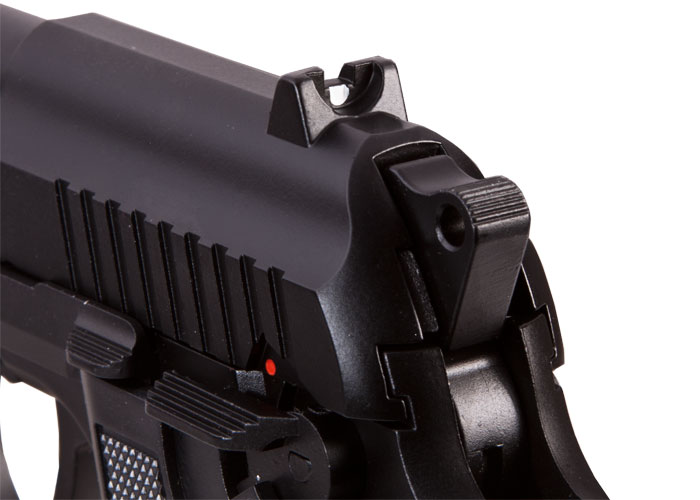 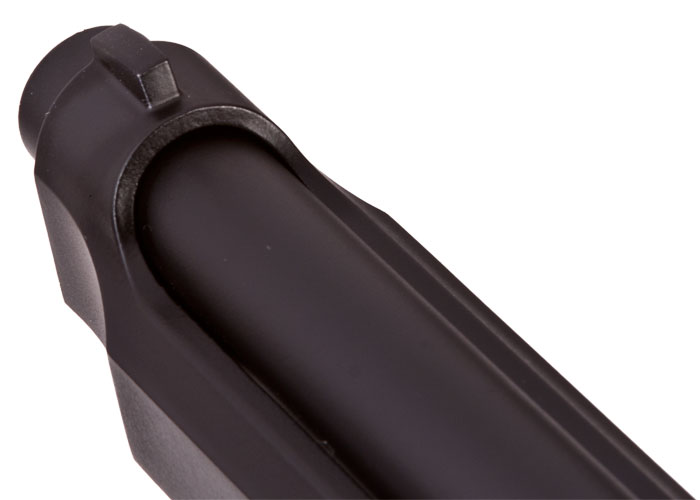 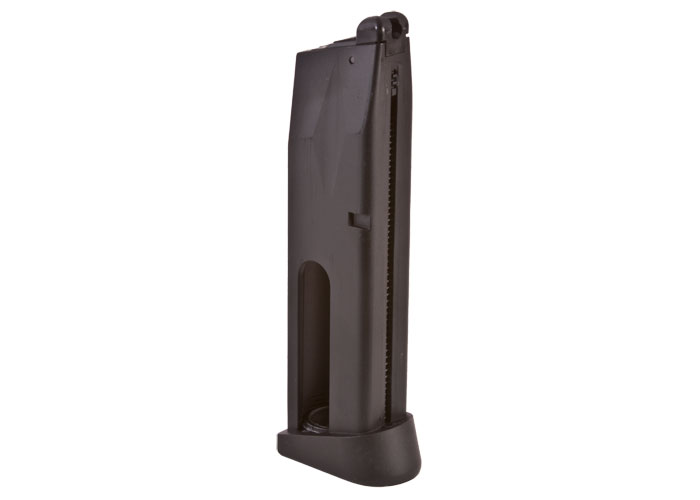 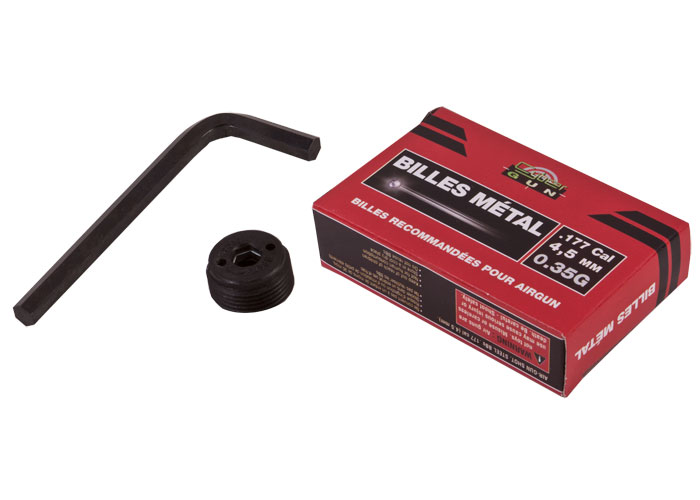 *The CO2 cartridge cap connects with the bottom of the CO2 cartridge (which is in the magazine) and is used to screw in the cartridge so it's properly pierced. The gun comes with 2 of these caps.

Box states that this has BAX Hop-Up, but it does not. Owner's manual says it comes with a speed loader...it does not.


This is a fun gun. It's accurate, has a reliable mag and feels like a model 92 firearm. Not a lightweight gun, it actually weighs a bit more than the firearm when you've loaded it with a CO2 cartridge and BBs.

The BB slide with spring. The BB jams underneath the the slide that keeps tension on BB.

Good handling and quick response, the trigger is perfect for a bb gun, good replica for skill development.

make that the gun action can be decocked so you can shoot double action, because you can only shoot single with this gun

Mostly made out of metal and has a good weight/heft to it (feels like a real gun) - Works great as a training pistol if you want to practice in your back yard with very low cost of ammo - Trigger works in single action or double action, just like the real gun. I have noticed that the trigger pull is often the one point where most bb gun replicas fall short. - Blowback action is very strong yet it still seems to have good power - You can field strip it just like the real gun

No de-cocking function. That is the only thing that doesn't mirror the real gun. - The trigger pull is lighter than a real gun. It is close enough to still be a valid trainer pistol, but it isn't exactly the same. - The slide doesn't always lock back after the last round is fired. It only locks back about 1 out of 3 times, and even then, it is after one blank shot. This may be partly due to the design of the magazine. I just count my shots so I don't waste air on shooting nothing. - The gun consistently shoots about 6 inches low. I filed my front sight down so it hits where I am aiming, but others may not want to modify their guns. That being said, it now shoots very accurately.

After putting about 500 rounds through it, I think this is a good gun overall and I am glad I bought. I have several real guns and use this to practice between range sessions. It is fun to shoot in my back yard and BBs and co2 are very inexpensive compared to real ammunition. There are a few quirks that I don't love (slide lock-back on last round is unreliable and shooting low out of the box) but overall I think it is a great air pistol.