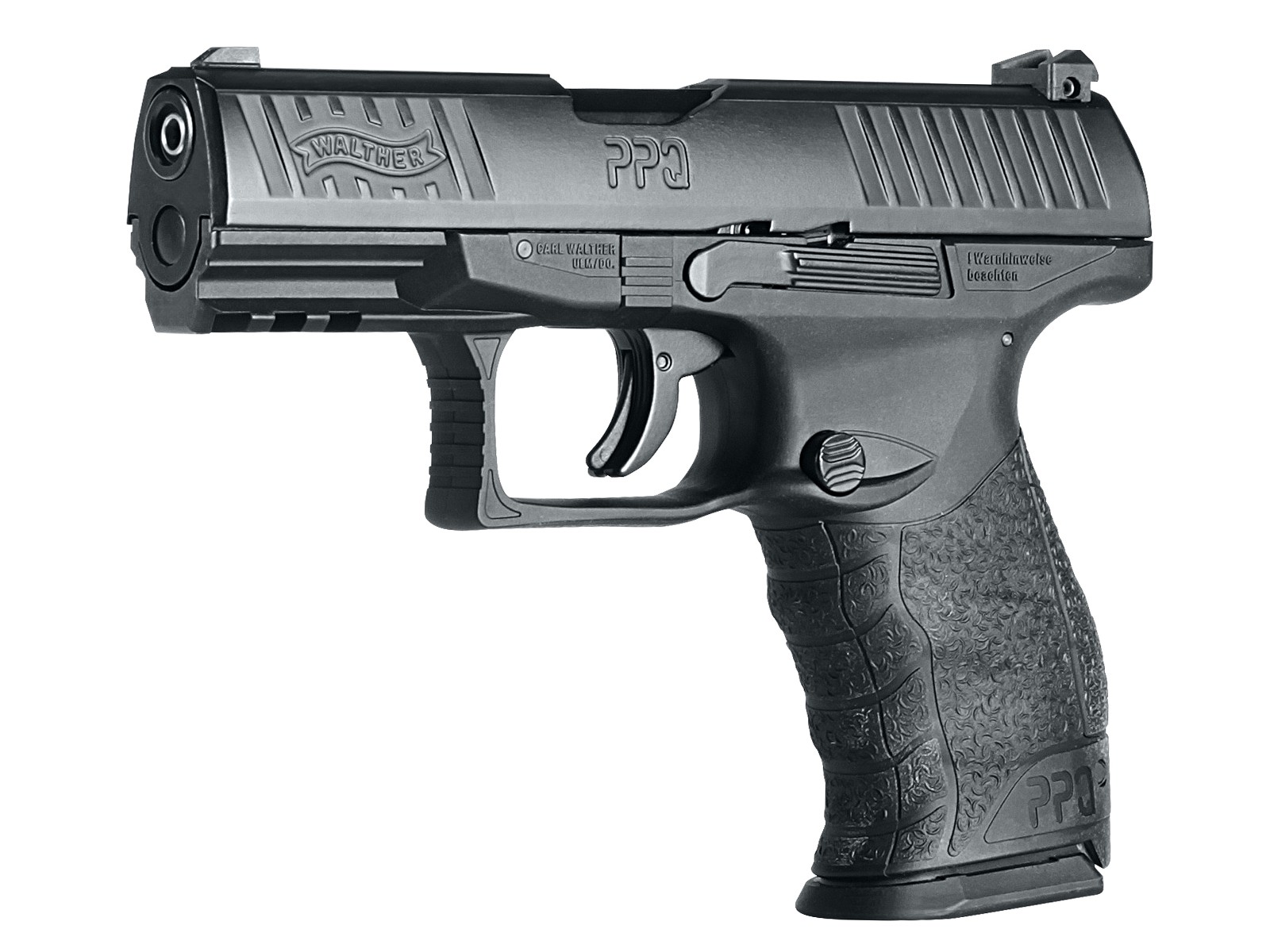 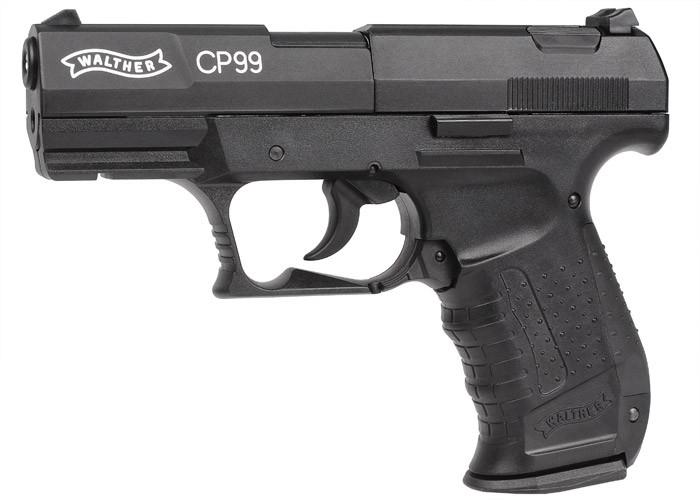 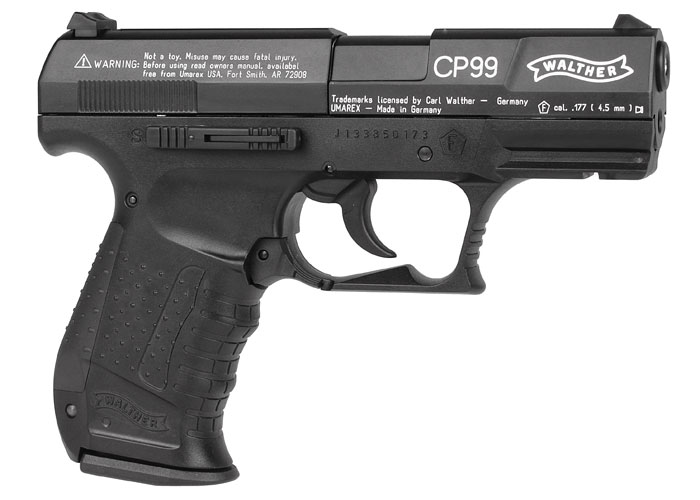 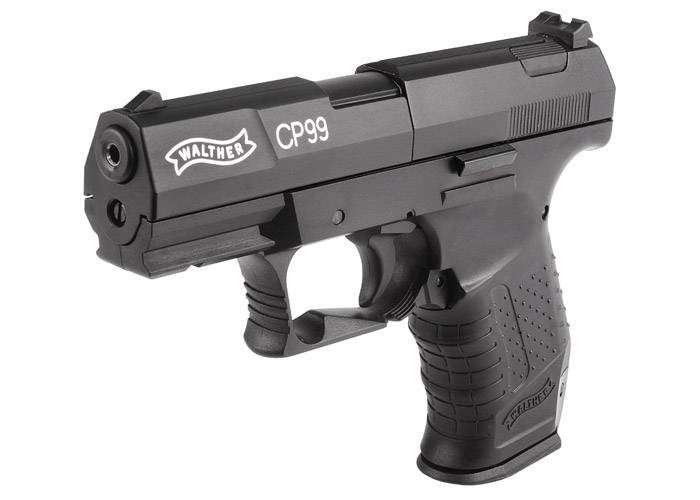 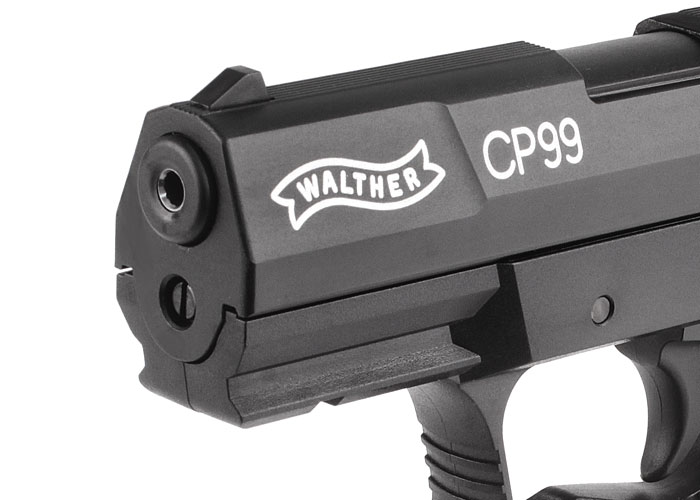 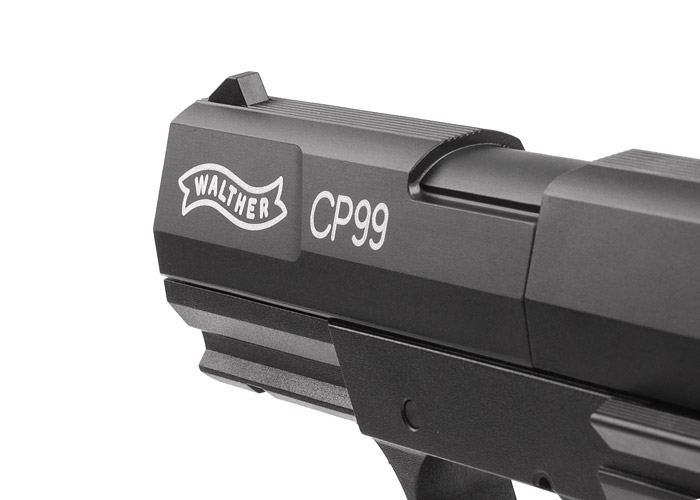 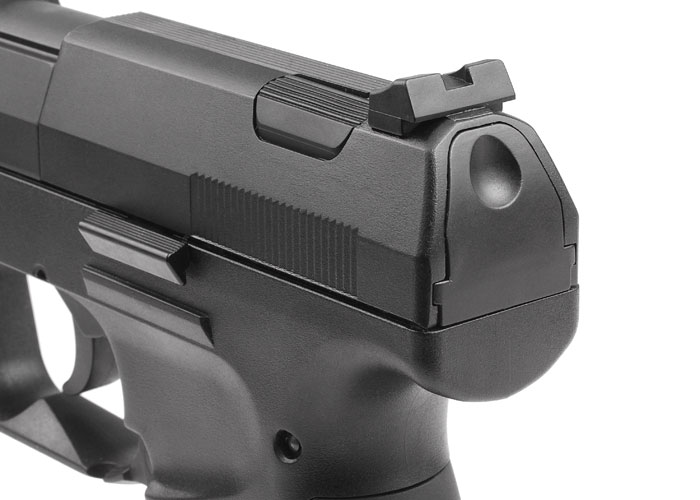 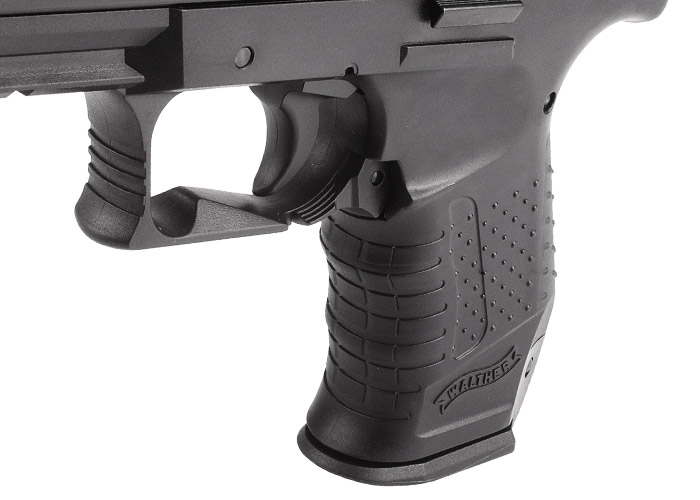 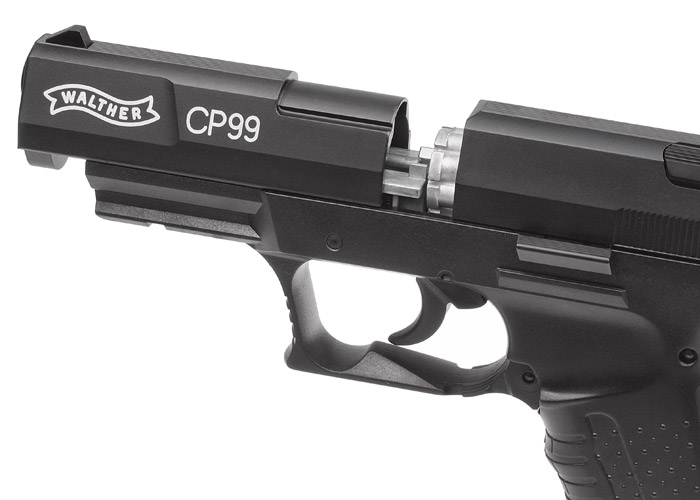 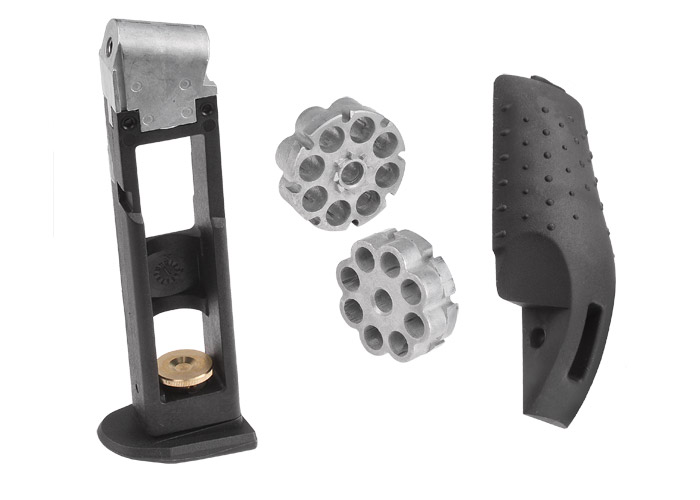 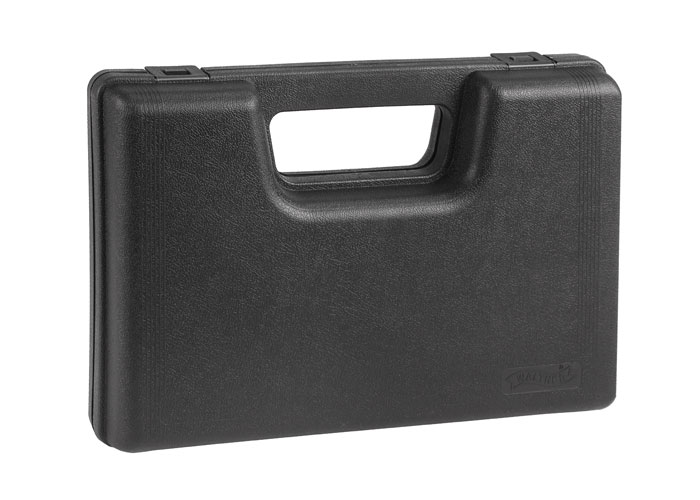 The Walther CP99 is an accurate pistol. It has an authentic look and feel. I would buy it again.

The white lettering kind of takes away the authenticity but is there so not to be confused with a real pistol. The price is a little high but reasonable.

The case and extra mag is a bonus.

Feels good in the hand. Very solid, not cheap. The frame is plastic as is the real gun, the trigger is plastic, but very solid, doesn't wiggle around, the slide is metal. Initially I was skeptical about the way the two piece slide works, but after using it, I have no problems with it. I don't like sloppy barrels/or slides. While this one isn't really sloppy, it is a little loose. I put some heavy grease on the rails, which help hold the slide and barrel in more firmly in place. This works well, since the slide does not move during shooting. The single action trigger pull is LONG and a tuff pull. Pulling the rear of the slide back puts the gun into a double action trigger mode. While the trigger is still somewhat of a hard pull, it's much better than the single action pull. The C02 cartridge is easy to instal, the magazine though mostly plastic but well made, installs solidly. The accuracy, I was pleasantly surprised how well a short barrel c02 pellet gun can shoot. Overall, very happy

For this cost, three colored dots could have been put on the sights..! The outer barrel is plastic. Not a big deal but made bore sighting a challenge. Lighten the trigger pull..!

You get two rear grip straps. Small difference, but noticeable. Easy to swap. With my old eyes, I installed a Leupold, DP Pro red dot sight. The gun and site work well together. As noted, I was very happy with the accuracy. Averaging 1"(+ a very little), 5 shot groups, off hand shooting at 20 ft. Funny that the only plastic casting mark is on the face of the trigger ! A jeweler's file and sand paper work took care of that. A little oil goes a long way in this gun, as it does in most new pellet guns.