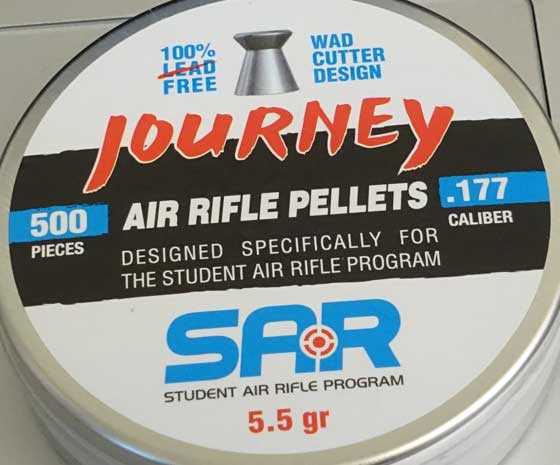 Last time I told you that the Embark air rifle was not available from Pyramyd Air. Well, that has changed. As of this week you can buy the Embark from Pyramyd Air. They list it as a youth rifle, which it certainly is, but I have a feeling a lot of adults are going to want one after we test it.

After I published the first report I was contacted by Jake Hindman, the president of the Student Air Rifle Program (SAR) and we had a nice conversation about his program. Some of what I will share with you today is a result of our talk.

We also discovered that one of our readers, Robert from Arcade, has a son in the SAR, and he gave us his views on how the program is benefitting that school. As he said, with SAR schools can have a safe marksmanship program in their existing facilities and the cost is not prohibitive. That’s exactly what SAR is designed to do!

Today we will look at the velocity of the Embark. This will be a strange test because I have never before tested an air rifle that was specifically intended to shoot lead-free pellets. To overcome resistance to the program, SAR mandated that a lead-free pellet be used and they worked with Predator International to create such a pellet. They named the pellet Journey, and at this time, JSB who makes them, can only provide enough for the program. Eventually they will be available commercially, but lead-free pellets are a challenge to make. For the time being they will only be available to schools and shooters in the SAR program.

The Embark is based on the Ruger Explorer that has a muzzle velocity of 495 f.p.s. That allows it to comply with Canadian law that requires unregulated air rifles to have a velocity of less than 500 f.p.s. Knowing we are about to test the Embark with lead-free pellets that are lighter than lead, we understand the velocity will increase, but so do the Canadians, so their law also provides for a muzzle energy threshold of 4.2 foot-pounds (5.7 joules). To be considered a high-power airgun and fall under the provisions of their Firearms Act, both thresholds must be exceeded. So special situations like this are accommodated.

The first pellet I will test is the RWS Hobby. At 7 grains, this lead pellet is one of the fastest pellets available in general use today. This is the type of pellet that would have been used to test the Ruger Explorer.

Ten Hobbys averaged 498 f.p.s. The spread went from 491 to 515 f.p.s. and at the average muzzle velocity the Hobby generates 3.86 foot-pounds (5.23 joules) at the muzzle. So the Embark is well under the Canadian threshold with this pellet.

The Hobbys fit the breech tight as they often do. That might make it an accurate pellet in this rifle, because it will grab the rifling well.

Jake Hindman was kind enough to send me a tin of Journey pellets to test. Since this is the only pellet that may be used in competition, it is important that I test it in the Embark.

Journey pellets are supposed to weigh 5.5 grains, according to the label on the tin. I weighed several and found the weight spread between 5.4 and 5.7 grains, with 5.5 and 5.6 being the most common. 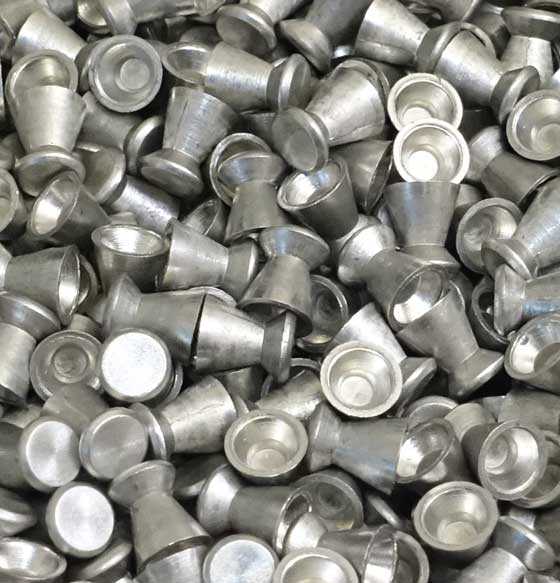 Journey pellets fit the breech very loosely. They fall into the rifling about 1/32-inch. Both the head and the skirt are undersized for the Embark bore. What effect that has on accuracy at 10 meters remains to be seen.

Since shooters who are not in the SAR program cannot purchase Journey pellets yet, I wanted to test the Embark with another lead-free pellet that is available. The Sig Ballistic Alloy Match pellet is a proven lead-free target pellet, based on many of my tests with 10-meter target rifles.

This pellet fit the Embark bore very well. Both the head and skirt appear ideal for this barrel. This pellet cannot be used in official SAR competition. But for practice and for those who buy the rifle but are not in the program and want a lead-free pellet option, it may be viable. We will see.

The Embark fires with a little buzz that isn’t disturbing. A shot of Tune in a Tube grease would certainly smooth it out.

The Embark I am testing cocks with 14 lbs. of effort. That makes it one of the easiest-cocking spring-piston air rifles I have ever tested. I believe a Walther LGV (the vintage target rifle — not the sporting rifle that’s currently sold) cocked with 11 lbs., and that was the lightest.

The Embark trigger is non-adjustable. It’s two-stage and breaks at between 3 lbs. 7 oz and 3 lbs. 9 oz. There is quite a bit of creep in the second stage, but it’s light enough not to be a problem.

The Embark is turning out to perform exactly as I imagined is would. If it works as well as the Ruger Explorer I tested in 2009, this will be a fun test.