Home > Blog > Special/Unique > What good is the Blue Book? 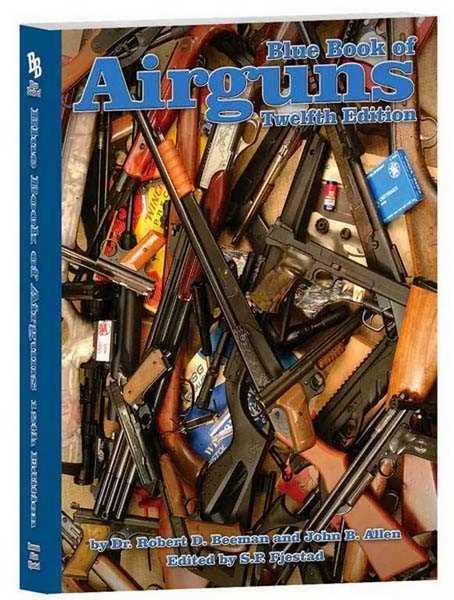 Pyramyd Air is now offering Life Extended carbon fiber air tanks at far below the normal commercial rate for a new CF. tank. If you are already in precharged airguns, this might be of great interest. Now, let’s talk about today’s topic.

What good is it?

On the other hand, how many times have I been at an airgun show and somebody asks me if I have a Blue Book they can look at? It’s in the hundreds for sure, because it happens several times at every show. That’s why I always have a copy of the book at my table. Wouldn’t want to be at an airgun show without one. If someone is not asking me for the book, I’m the one who needs it.

How much is a Benyamin worth?

So, a guy walks up to me at the Roanoke Airgun Expo with a Benyamin pump gun he wants to show me. Not a Benjamin — a Benyamin! It certainly looked different than any Benjamin I had ever seen. I think you can agree with that, 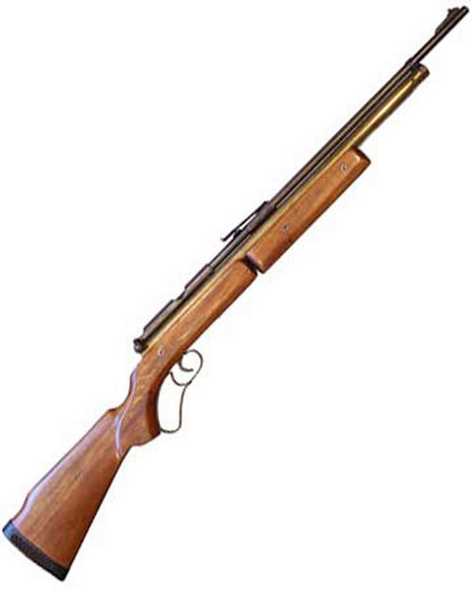 Benyamin multi-pump was probably made in Southeast Asia. 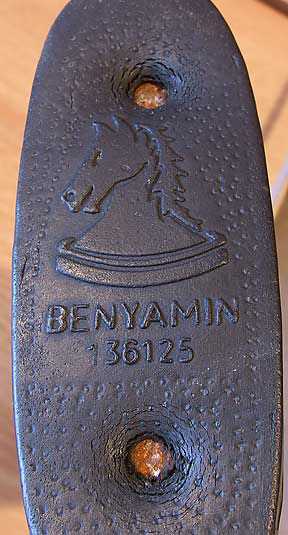 Note the spelling of the name. The pad is held to the stock with nails! 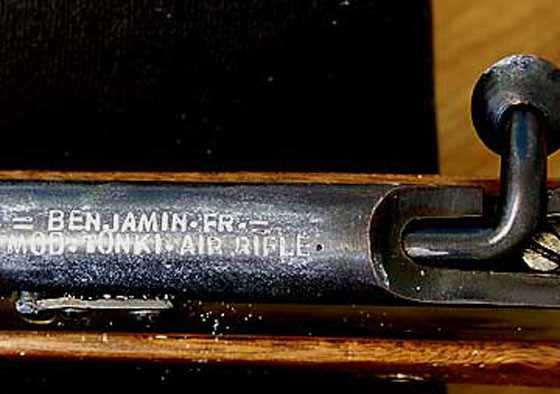 The writing on the breech spelled Benjamin correctly.

I ended up buying the gun from him and then of course I wrote a report about it. My wife, Edith, researched the name and discovered that it might have been a poor French-to-English translation. A couple people thought it was made in Southeast Asia (read the whole report I linked to), where French was officially spoken until 1954, and of course it carried on for decades afterward. And I found it listed in the Blue Book.

As you can see, this Benyamin looks nothing like mine. They probably came home with soldiers returning from Viet Nam, or they were imported on a low level.

I bought the Benyamin, but I didn’t pay a lot for it. It wasn’t working when I bought it and I never got it repaired. A Southeast Asian airgun this crude is probably a writeoff anyway. It probably didn’t work that well when it was new. The Blue Book says it’s too rare to value. I take exception to that. It’s too unknown in this country to value, but one look at the quality of the build tells you it isn’t a valuable airguns and never will be. That’s the deal when using the Blue Book. It doesn’t release you from exercising common sense.

I held onto to the rifle, wrote about it and then sold it at another airgun show for about what I had in it. That’s what I do with most of the airguns that pass through my hands. I am interested in their story, but not always in them.

Everybody wants something different. If you are looking for the one book that tells you everything about airguns, stop right now. That book doesn’t exist. It doesn’t exist for Winchester rifles, Mopar cars or anything else, either.

The Blue Book has a lot of useful information, but I can think of a solid dozen airguns you can’t find in it. The book was started with the Beeman collection and has grown into a large format 840-page lexicon by the addition of guns that were discovered and added over the years. As I said in my comment to one reader last week, the late Dr. Ingvar Alm added a lot of detail about various airguns — mainly from his native Sweden. I tried to add the six (there are at least 6) Wamo cap-firing guns that launched BBs and .12 caliber shot, but the publisher decided if they included them they would also have to include the three .22 rimfires that Wamo made and sold. Since rimfires are firearms and cap-firing guns that launch projectiles are as well, they decided against including the brand.

One day about 12 years ago I was browsing in a local pawn shop to see what diamonds they might have. But this is a strange pawn shop. They cherry-pick their inventory and keep the really good stuff. That ticks me off, because they have a dividing line on the wall, and everything above the line is not for sale. Not only do they cherry-pick their stuff, they then put it on display to poke a finger in your eye every time you come in! That’s bad ju-ju!

But I go there because, who knows — one day they will trip up and I want to be there when it happens. In fact I want to be the one to make it happen. So, on this particular day I spot an airgun they have priced reasonably. It’s a Benjamin 347 and they have $85 on it. The walnut stock looks pretty good and I could tell it held air for at least a few seconds. I know it will sell for $75 at a show that’s coming up in a month, so I am going to buy it for that, price it at $90 and let $75 be my bottom line. Why? You think I’m not making any money if I sell it for the low price? Well, here’s the deal. I get to write about it while I own it and I don’t lose money. In my world, that’s called making a profit.

But then I spot a dusty taped-up box in the corner and I can see that it’s a Daisy 1894 BB gun. The box says this is a Texas Rangers commemorative and this one appears to be uncocked. The box is bad but the gun and the papers inside look brand new. They have it priced at $100.

I know that most 1894 Daisys are worth something, and a couple are worth quite a lot. I excuse myself from the store and drive home to consult the Blue Book. Turned out the Texas Rangers Daisy is the all-time Holy Grail of 1894s. It topped out at $550 new in the box. So I went back and bought it for $85, and the 747 for $75. At that next show I sold the Daisy for $500 cash and tried to laugh all the way home, but since where I was in Maryland is 17 hours from Texas, I had to stop from time to time.

The Texas Ranger has risen in value since I sold mine.

What it doesn’t have

While the Blue Book is great, there are things it doesn’t have. For many of them you need to search online. For example if you are trying to discover which model vintage BSA Meteor you have, the Blue Book stops short. It does tell you there are Marks 1 through 7, and it gives a few visual clues about the differences, but for positive ID you need to research the serial numbers. Online is the only place I know to do that.

Also, the prices in the Blue Book reflect the opinion (s) of one man or a couple of men. They aren’t based on recent sales, because, let’s face it, that kind of data is not kept. If anyone tried to keep it you would all start howling about communists in the bushes!

I’m not trying to convince you to buy a Blue Book. You will or you won’t, and that’s your decision. I think a lot of you look at the price of the book and think how many pellets it would buy. I get that. I used to think that way, too. Then I started writing for a living and I found that owning a lot of good books made me look a lot smarter.

That’s it for this one. If there is more that you wanted you will have to tell me. 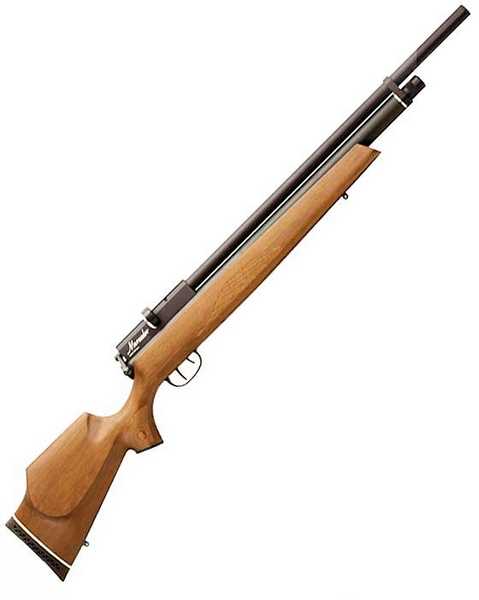 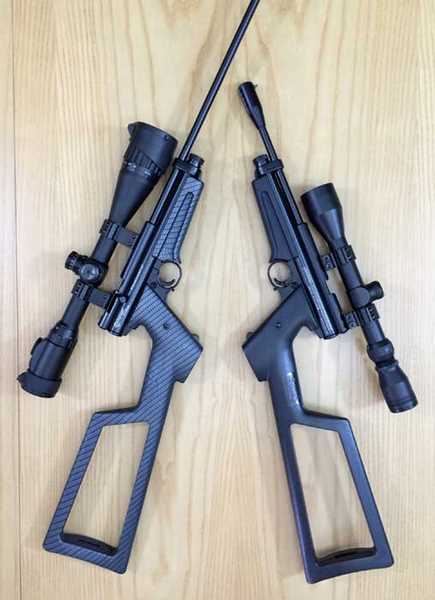