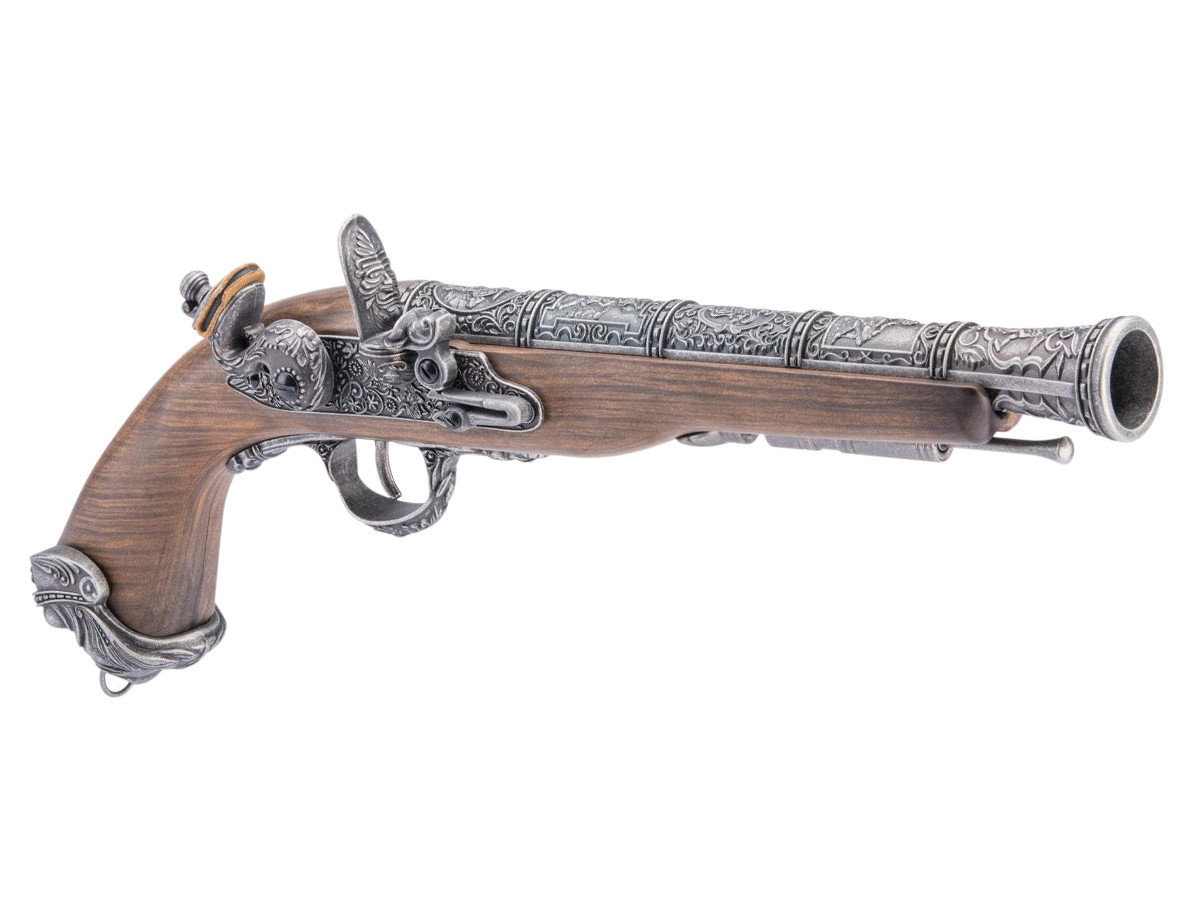 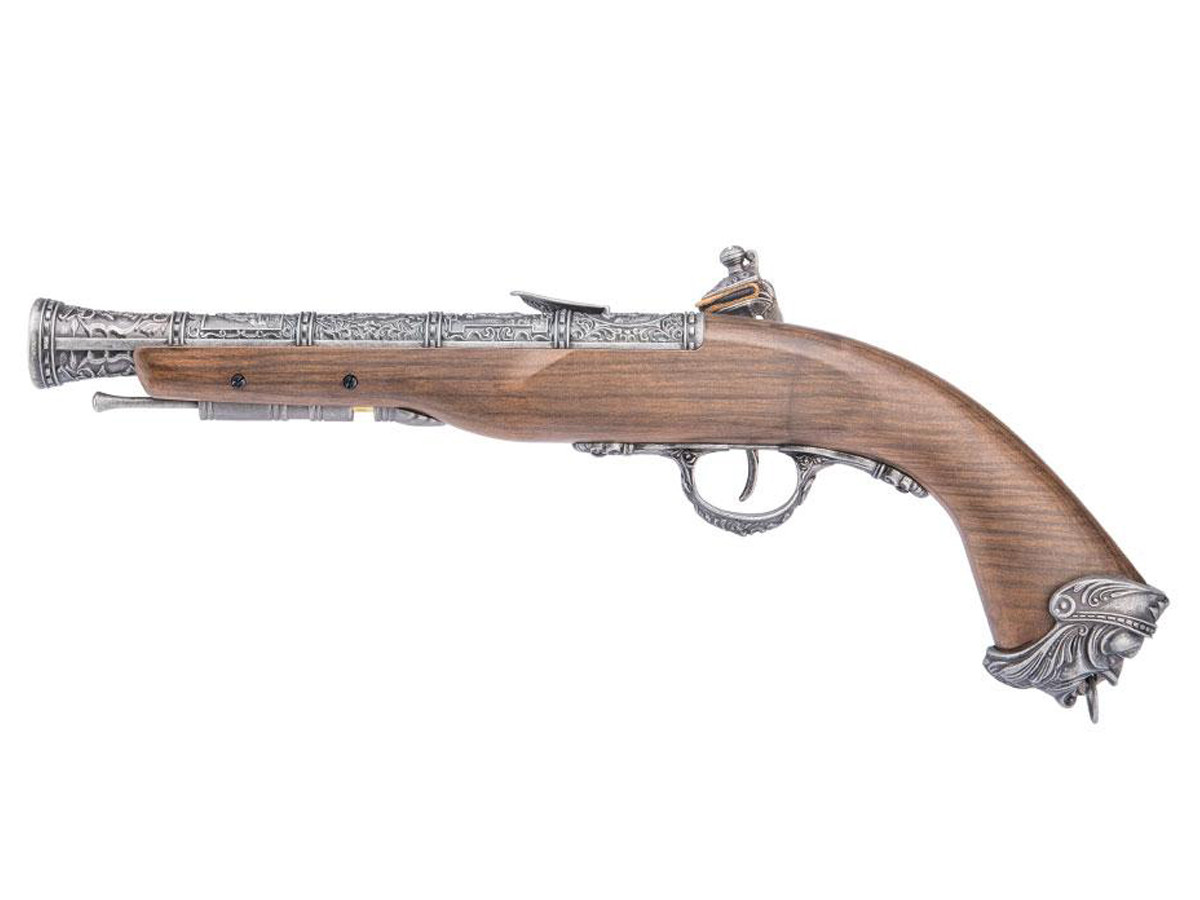 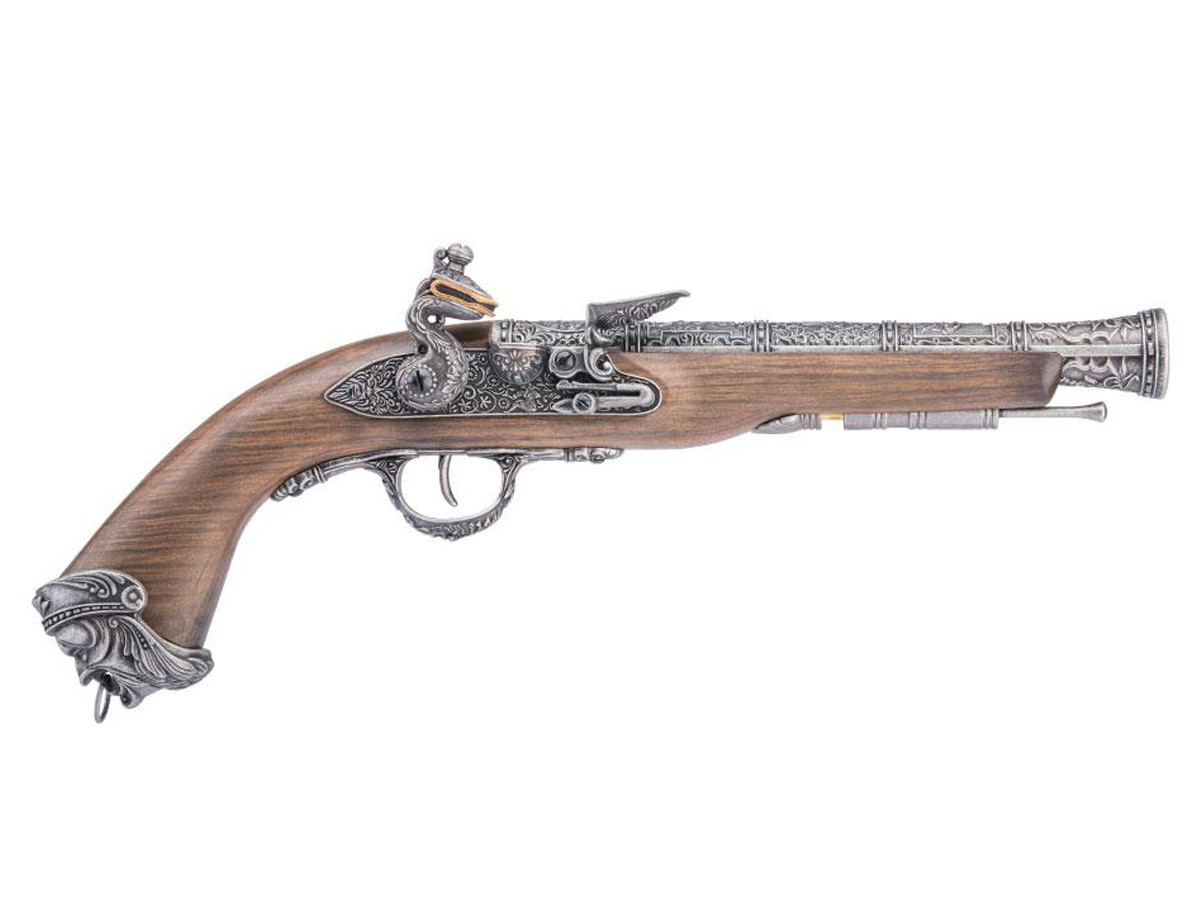 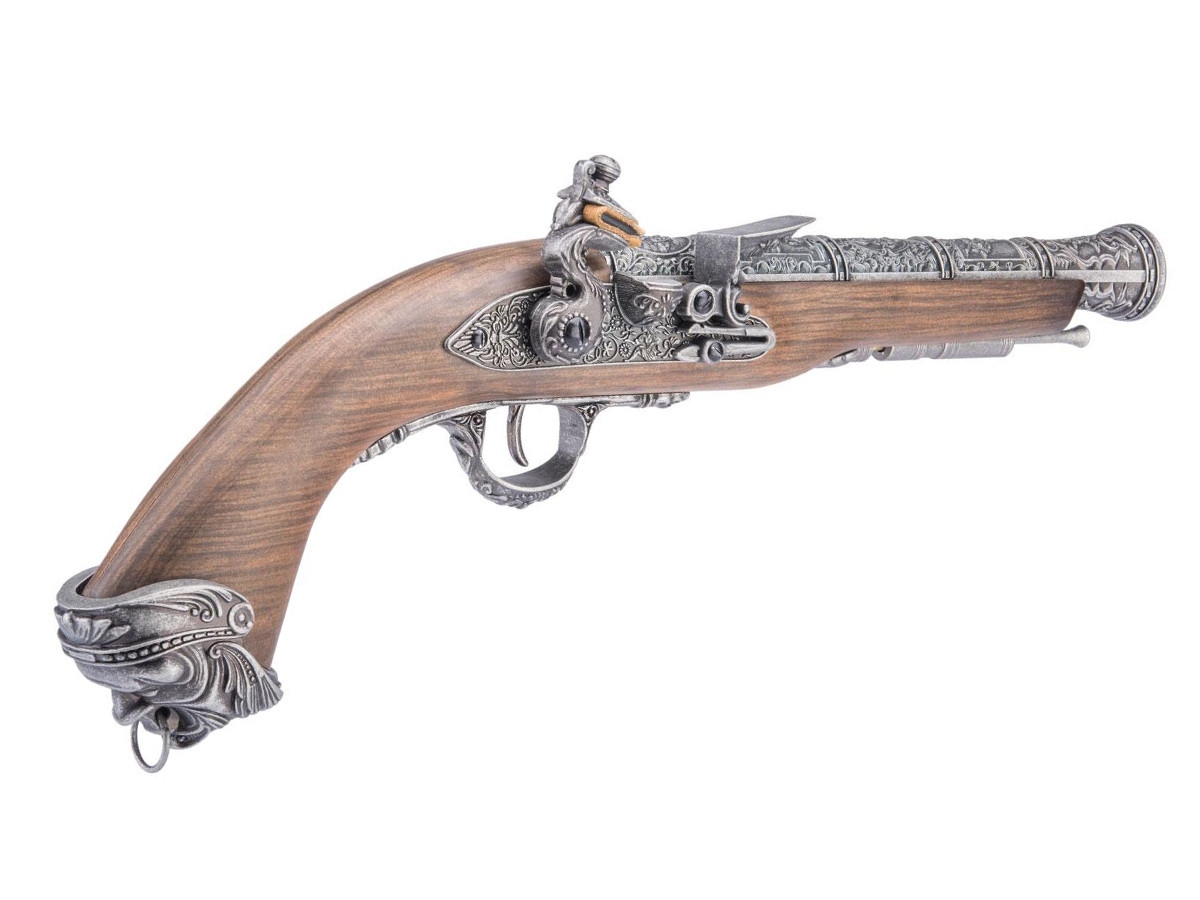 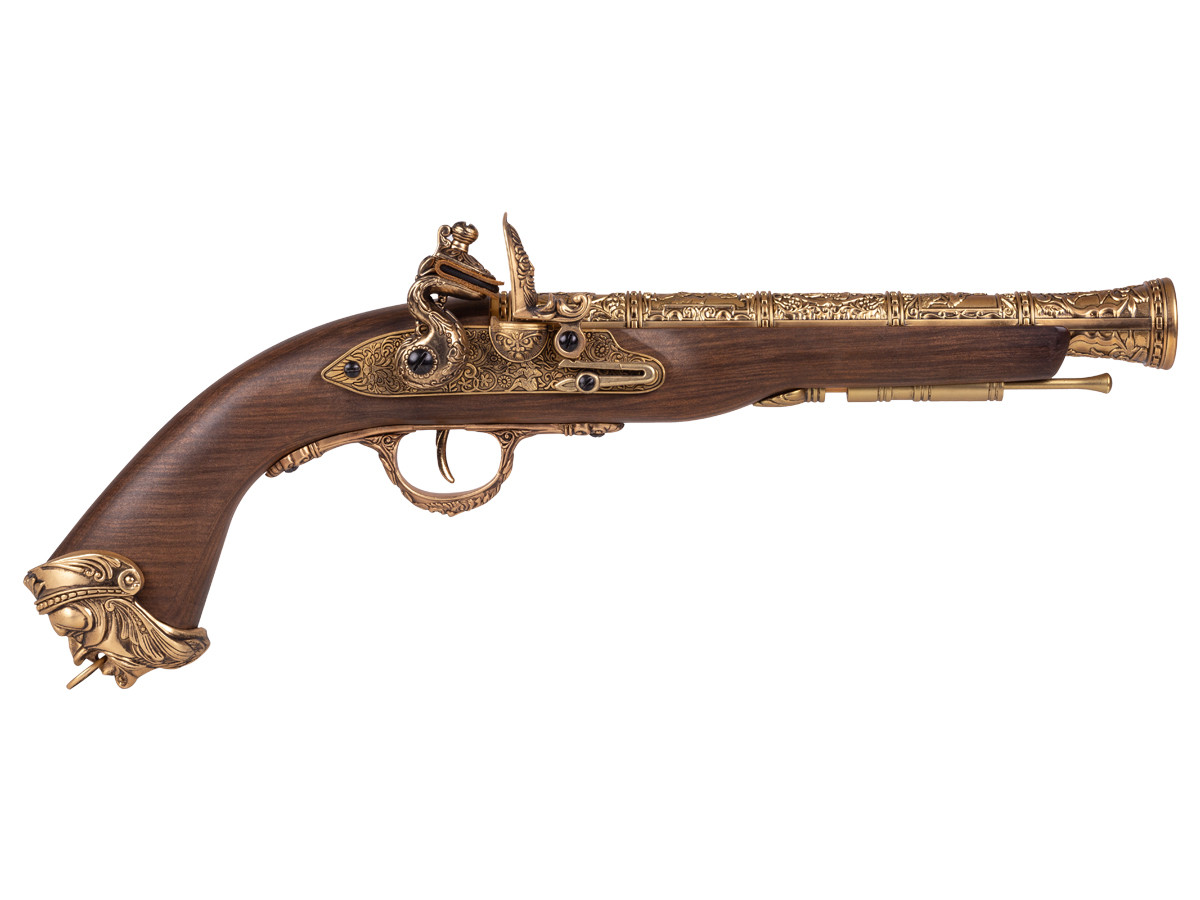 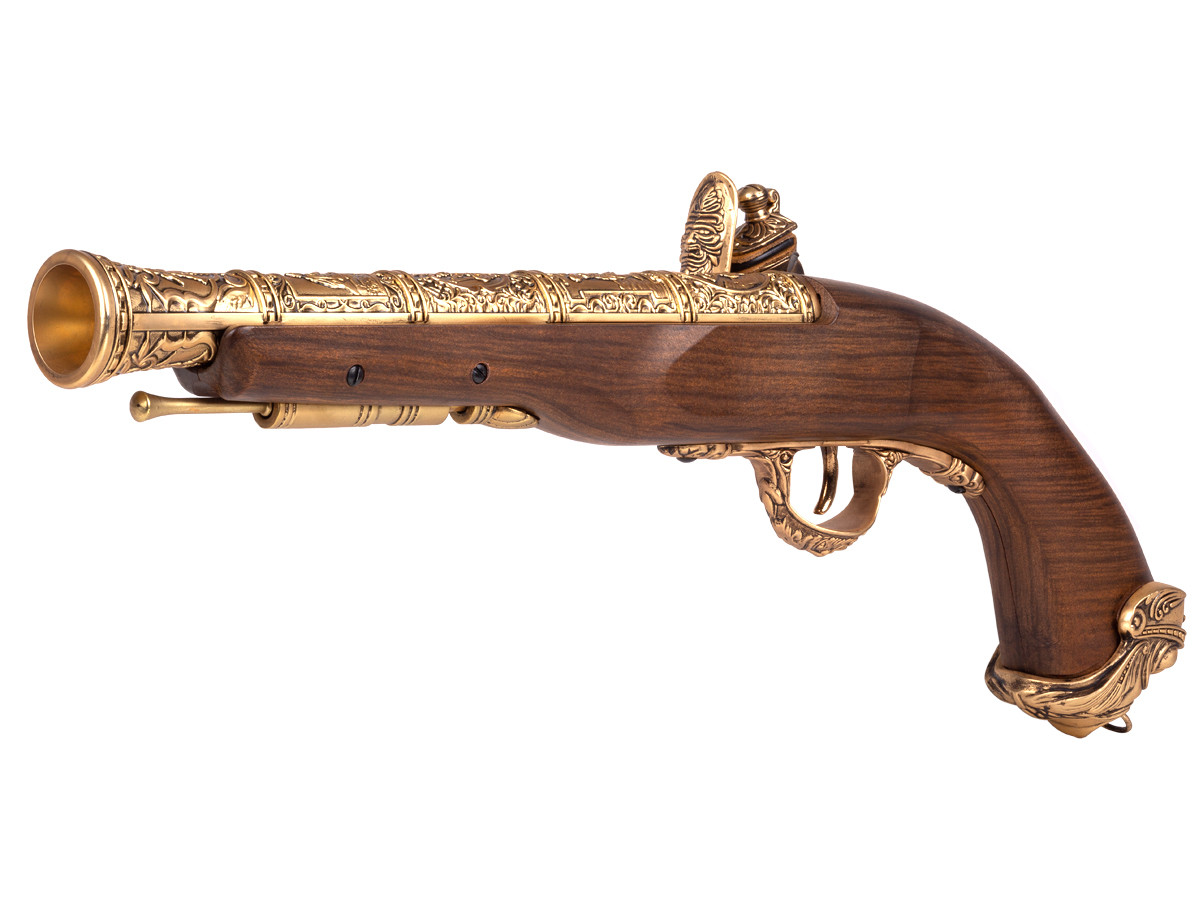 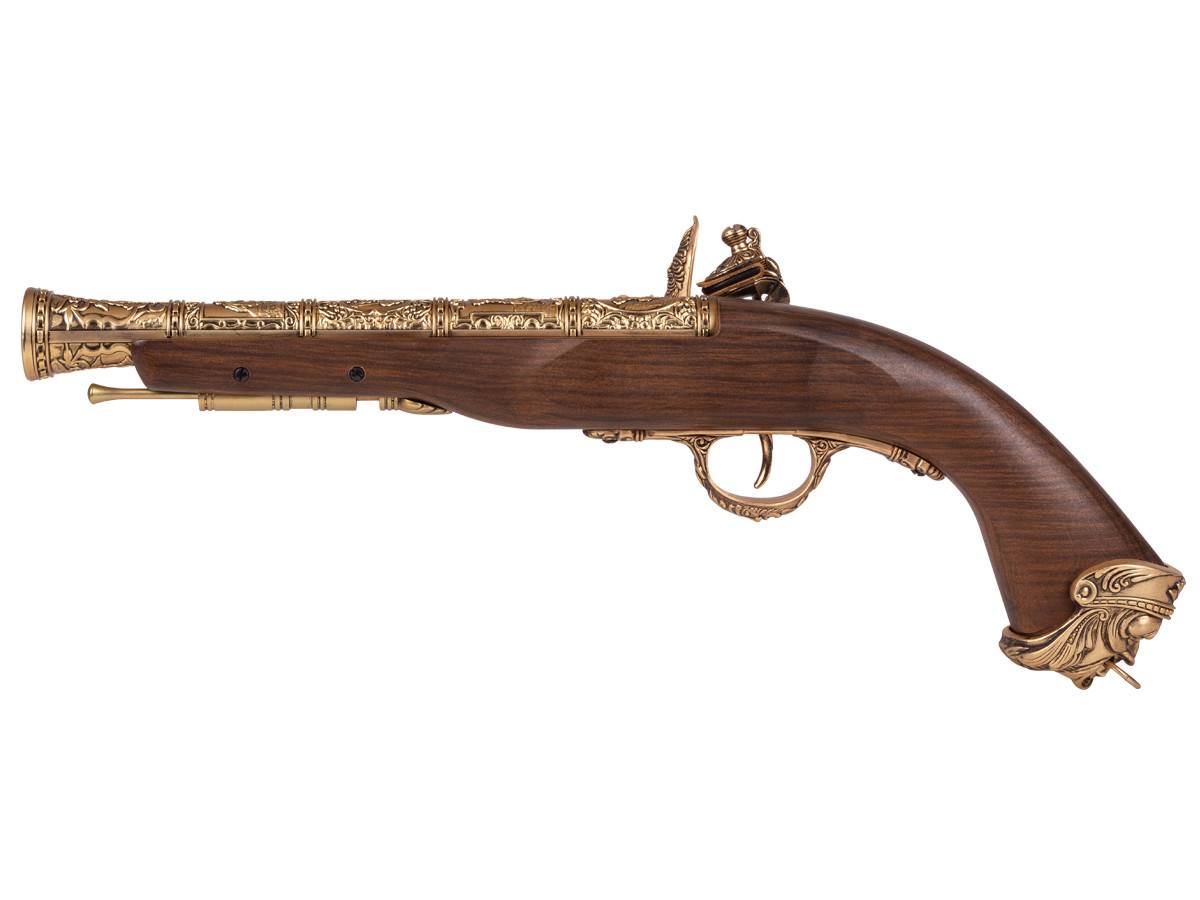 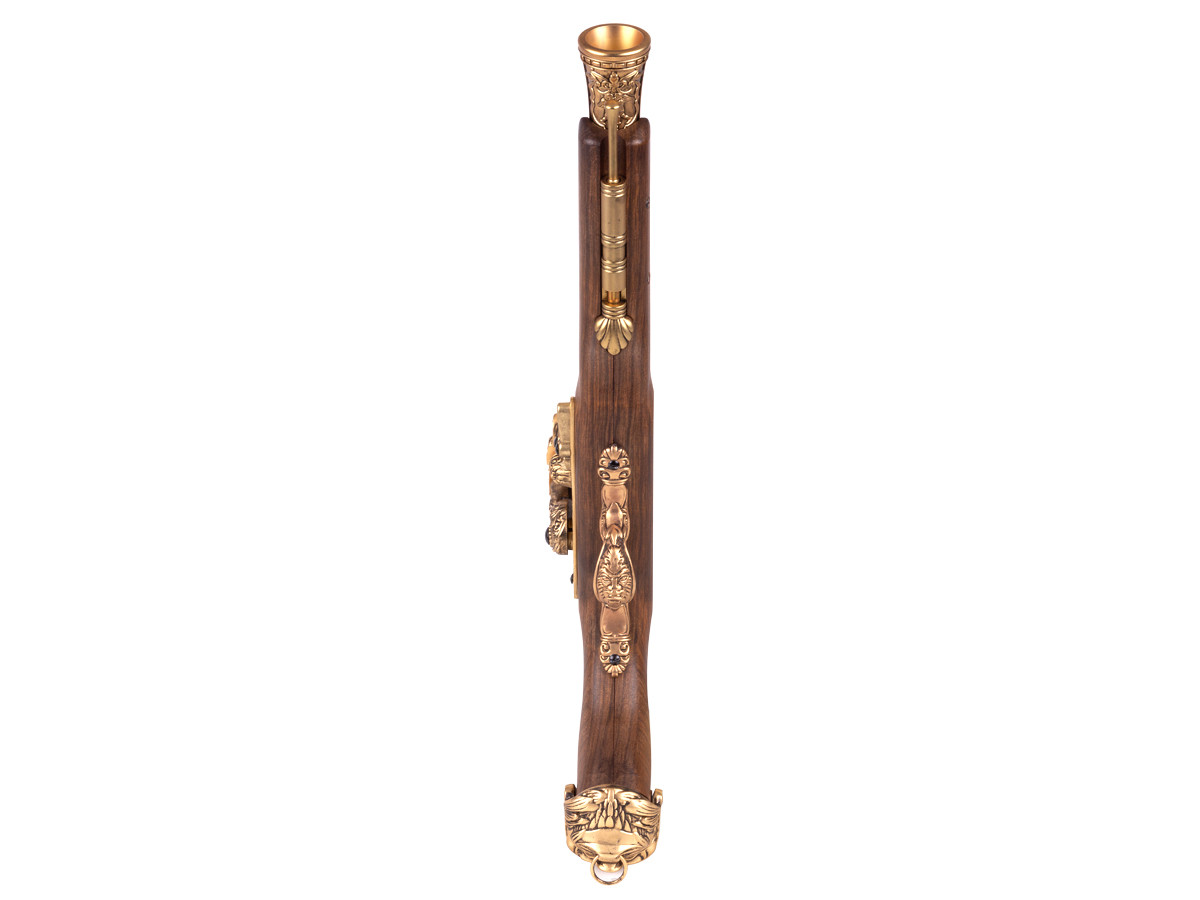 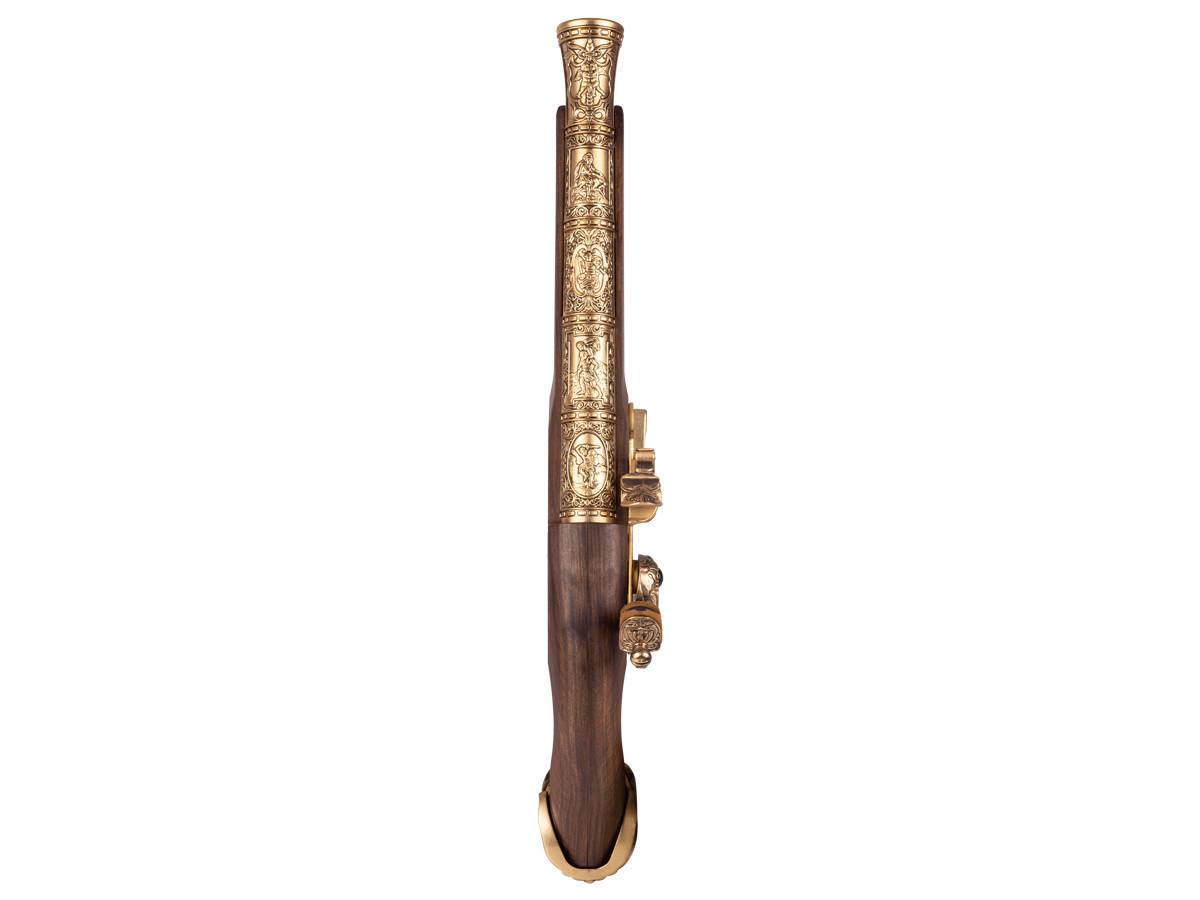 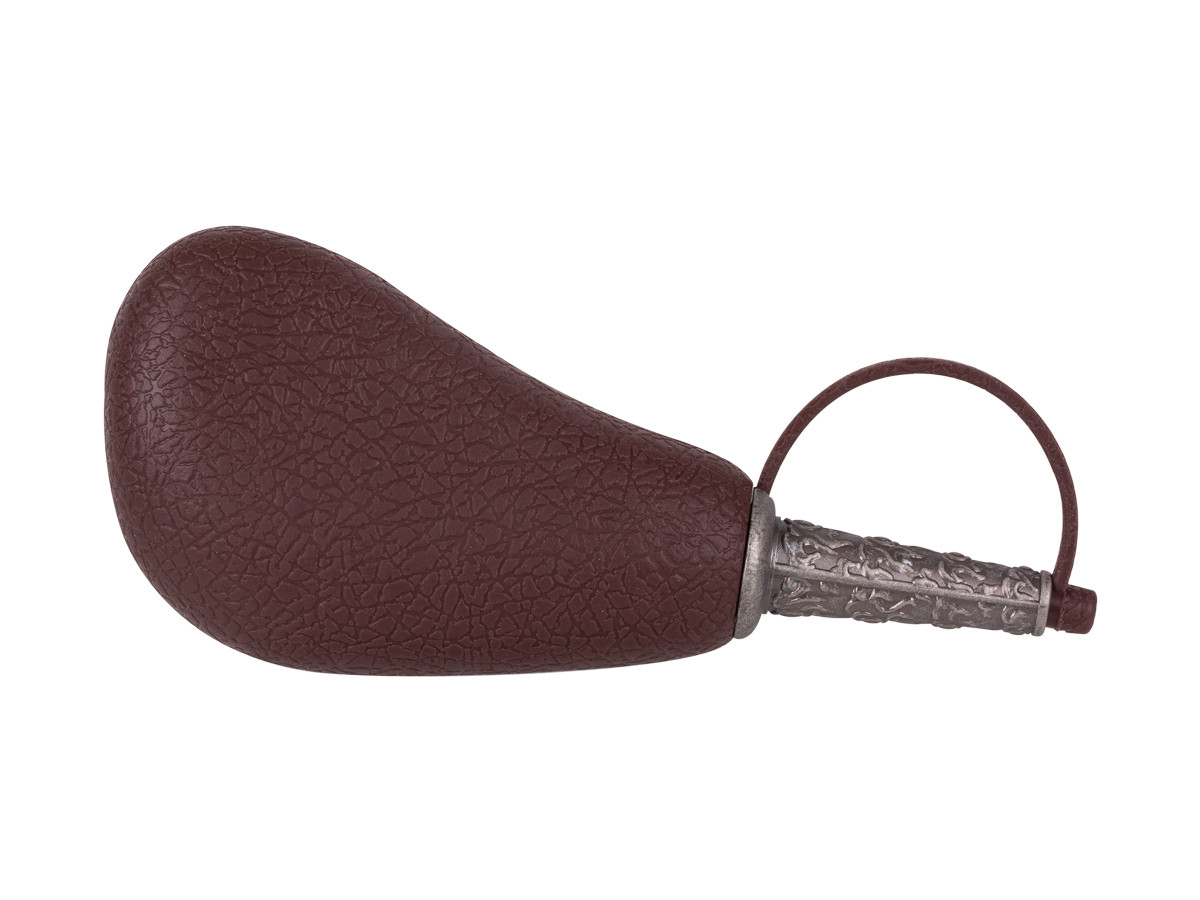 
The 18th Century Pirate Flintlock CO2 BB Pistol uses stunning realism and intricate details to deliver an experience as close to that of an actual antique firearm as possible without needing gunpowder or flint. It is capable of velocities up to 415 FPS and will keep anyone entertained for a day full of fun plinking or target shooting.

The first thing most people will notice when looking at this air pistol is that it seems to operate almost the same way as a genuine flintlock pistol would. The hammer looks like it might hold a piece of sharpened flint in the jaws, and the frizzen seems to be held closed by the frizzen spring, with the firing motion exposing the flash pan. Although all of the pieces move in the correct manner, it shoots BBs using a single 12-gram CO2 cartridge found under the metal pirate's head butt cap, so those parts offer a realistic simulation but are not honestly operational.

A true pirate pistol would load through the muzzle and fire either single-shot style or using lead shot, but this airgun features a magazine tube with a 30-round capacity and shoots one BB at a time. To load the air pistol, simply fill the "powder flask" with BBs, remove the loading rod that looks like it would be a ramrod, pour the BBs from the BB holder bag into the magazine tube, and replace the loading rod.

To get an air pistol reminiscent of the times when daring brigands ruled the high seas, buy the 18th Century Pirate Flintlock CO2 BB Pistol today from Pyramyd Air.

The fact that it broke after the second use.

I love that this is an actual firing musket the fact that its an actual bb firing weapon is great its sturdy well built and pretty heavy duty it is easy to load and I love the two prong cocking system it's just like the real thing. This is a fun gun and a great conversation piece.

Remember that this is built on the same principles as a real musket so accuracy is going to take take plus a real wooden body would only add weight and difficulty. I have fired real musket weapons and I find using the opposite eye you normally target with seemed to help me with accuracy. This is a fun weapon give it a little time to grow on you.

The looks,easy loading and pretty good accuracy at 25 feet.

Make the bottom plate where you load the CO2 held on with screws instead of snap on.

It's a fun gun that looks as real as you can get for that era.