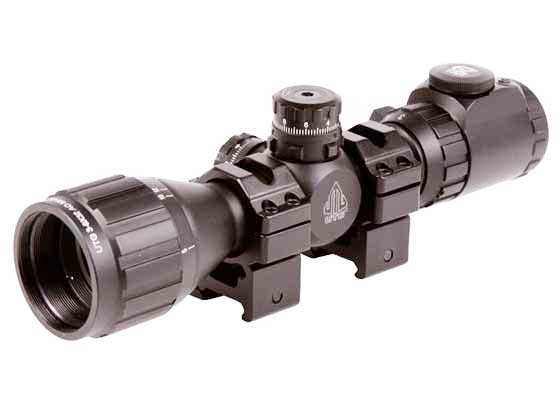 A world of improvement
The last Bug Buster scope I used before this one was a fixed 6x scope that’s now many years old. This new Bug Buster is very advanced from that one, though there are some things that haven’t changed. read more

Boy, has Leapers come a long way with the Bug Buster since it first came out! First of all, let’s get the introductions out of the way. Leapers is the manufacturer. UTG, short for Under The Gun, is one of their product lines. Bug Buster is a name that airgunners gave to this scope when it first came out. Because it held (and still holds) the world record for close parallax adjustment, which in practical terms is the same as focusing, the compact scope was touted for shooting insects as soon as it hit the market. Someone coined the name Bug Buster, and Leapers adopted it as their own. read more

Recently, a reader asked me when I was going to write the part 4 I promised for the Crosman 2100B multi-pump rifle. I did Part 3 in March, and to be honest, I’d forgotten that a part 4 was promised.

Part 4 is going to be a 25-yard accuracy test with a scoped rifle, because I felt the 2100B deserves it from the performance it delivered in the 10-meter test. Fortunately, the rifle is still available to me, so I planned on doing my report today. All I had to do was install a scope on the scope rails and….

[Let’s pretend] the only scope available to me is already installed in Weaver scope rings. Whatever will I do? read more