Some of you may know that Bill Sanders, the managing director of Air Arms, passed away recently. Bill was very uncharacteristically enthusiastic about all the guns he made. I say that because most principals in this industry are not shooters, nor do they own the guns they make. But Bill did, and he also knew how to use them. Maybe that’s why, in the more than 20 years the TX has been around, the quality has only gone up.

History
The TX200 came about in the late 1980s as an improvement on the design of the HW77, which was considered the best spring rifle around at the time. The first model was simply called the TX200. But after several years, Air Arms added a ratcheting catch to hold the sliding compression chamber from slamming closed during loading. That rifle was called the Mark II. I bought one and competed with it in field target for a couple of years, until I switched over to a PCP. My rifle was tuned first by Jim Maccari and then by Ken Reeves so I could write about each of the tunes. In truth, the TX was pretty smooth right out of the box, but the Reeves tune did make it just a bit smoother.

When the TX200 Mark III came out, I bought one to test for The Airgun Letter. I found that rifle to be just as smooth as the Reeves-tuned Mark II, plus it had a shrouded 9-inch barrel, which made it very quiet, to boot. I didn’t need two perfect guns, and the Mark II was sold. I still have the Mark III, which is the gun I’m testing for you here.

I recently had the opportunity to shoot a brand-new Mark III, and I see that the performance and looks of the gun are unchanged, except for better checkering on the new model. Instead of diamonds, they now have a fish-scale pattern that usually comes only on very costly guns.

Hump-backed look for high-tech design
When Beeman Precision Airguns started selling TX200 air rifles in the U.S., the first thing I noticed was that the rifle had a definite hump-backed profile. Why? Remember I said the barrel is 9 inches long? Guess what? All the science you have been reading about on this blog really works. And Air Arms applied it to its maximum in the TX200.

A 9-inch barrel prevents friction from slowing the pellet after it’s accelerated to maximum velocity. A spring-piston gun develops maximum velocity in the first 6-9 inches of barrel. After that, the pellet is just coasting. The baffled shroud that houses the short barrel is much longer and gives the appearance of a bull barrel, hence the barrel length is often listed as longer than it really is.

Air Arms has used everything that’s known about spring-piston guns to wring the maximum performance from a relatively short stroke and small piston bore. They do it without fanfare, but anyone who works on spring guns knows what they’ve done.

The rifle
The TX200 Mark III is an underlever spring-piston rifle that has a sliding compression chamber. The chamber slides back, giving access to the rear of the barrel for loading. Then it slides forward again, once the anti-beartrap latch is held down. The old Mark II has many stops in the ratchet, causing it to click loudly when cocked. Shooters objected to that noise. The Mark III has just three notches and is much quieter.

All metal parts, except the trigger and safety button, are highly polished and deeply blued, resulting in one of the finest finishes in the airgun world. The standard stock is beech, but the wood is shaped very sharply for either a right- or left-handed shooters. No compromise here. Fish-scale checkering roughens both grip panels and the forearm. The optional walnut stock is a good choice because it subtracts weight from the gun as well as adding interest. Blog reader Jerry got a walnut stock on his TX, and it looks very similar to the rifle pictured above. 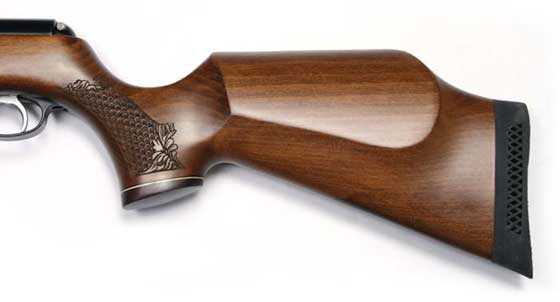 The stock is sharply profiled with crisp edges and a classic shape. The standard beech stock is shown.

The long lever, located behind the silver sliding compression chamber, is the beartrap release. After cocking, this lever is held down to close the sliding chamber, as the cocking lever returns to the stored position.

The trigger
The TX trigger is not just an improved Rekord, it’s a new design that offers greater flexibility when adjusting, so you can get the pull weight and release down to a finer, lighter value than with a standard Rekord. 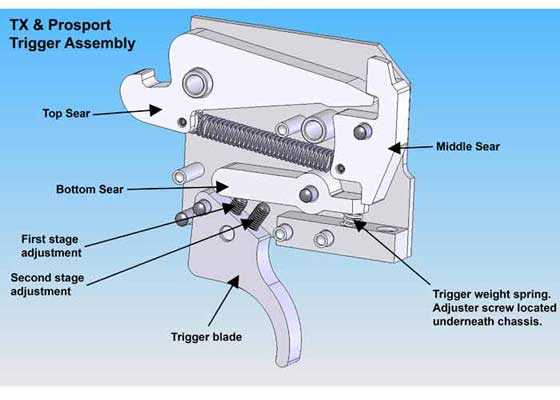 The TX trigger closely resembles the Rekord, but it’s simpler and more adjustable. The larger parts are machined.

Years ago when Ivan Hancock was still building airguns, I bought one of his Mach II trigger, which are handmade copies of the TX trigger to replace the Rekord unit in my Beeman R1. That trigger cost half as much as the entire rifle, but it was very finely adjustable. The current trigger in my TX200 is the standard one that comes with the rifle, yet it’s just as fine. When I report on its performance, I think you’ll be surprised.

Several “truths” negated
The success of the TX200 reminds me of a friend who built engines for Formula Vee racing. Those cars look like Formula 1 racers, but they’re much slower. However, this builder’s engines were always in demand because they out-performed the others. Everybody was always looking for his “secret.” The secret, of course, was that there was no secret! What he did was pay scrupulous attention to detail when building his engines. All parts were balanced to the last gram, and all tolerances and torque specifications were followed. The engines were what racers refer to as blueprinted, and that, alone, gave them their edge.

Well, you may think of a TX200 as an air rifle that’s been blueprinted. The piston isn’t wide and the stroke isn’t long, yet the rifle develops remarkable velocity. The trigger appears dirt-simple, yet it can out-perform so-called “target” triggers in much more expensive guns. The mainspring isn’t under much pre-tension, yet the rifle doesn’t buzz when it shoots. Everything is just right.

Rolls Royce is the standard by which all cars are compared, and the TX200 is the standard for spring-piston air rifles. Even when the Whiscombe was being made, I used to say that the TX200 was its equal for accuracy.

It’s heavy!
Yes, this air rifle is heavy. Especially the model with the beech stock. But for its purpose, which is field target first and hunting second, the weight is ideal because it promotes stability.

It’s hard to cock!
It will seem hard to cock a TX if you’re used to a smaller rifle like a Diana 27. But compared to the current magnums, the TX cocks easily. How it feels depends on your experience. I’ll publish the cocking effort of mine in Part 2.

Accuracy
It has been several years since I shot my TX, so this is a chance to get behind the trigger, again. I expect to find a pellet that will give around 1/4- to 1/3-inch 10-shot groups at 25 yards. That’s a tall order for any spring gun, but we shall see! 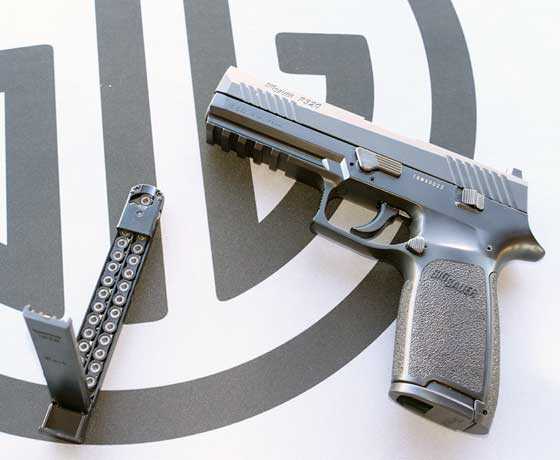 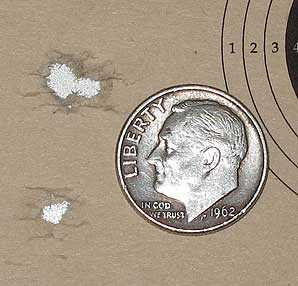