You may recall that the Crosman 102 jammed last time I tested it and I had to clear it before continuing. I did that and today we will shoot it at 25 yards. First, let’s clear the jam.

Crosman designed the 102 to be easy to clear, but without a manual I had to discover it for myself. The rear peep sight slides to either side, revealing a hole through which many jammed pellets can be removed. 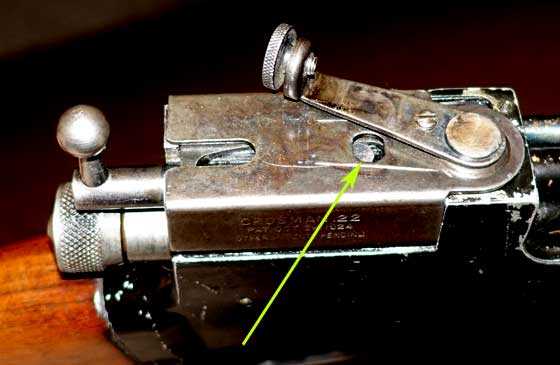 Pull the bolt back and rod the pellet out of the breech. It will fall out this hole.

My jam was more involved, though, and I had to partially disassemble the action to clear it. The top receiver cover is held on by one shoulder bolt that has a large thumbscrew head. Remove it and the top cover slides back and off the receiver. The peep sight is attached to the cover by a rivet and comes off with the cover. 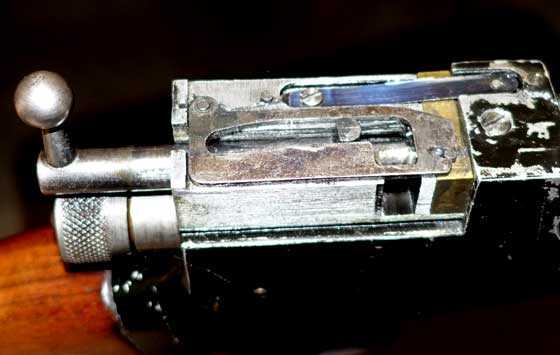 The top of the action is a cam plate that connects the bolt to the brass shuttle that loads the pellet. Here is how that plate works. 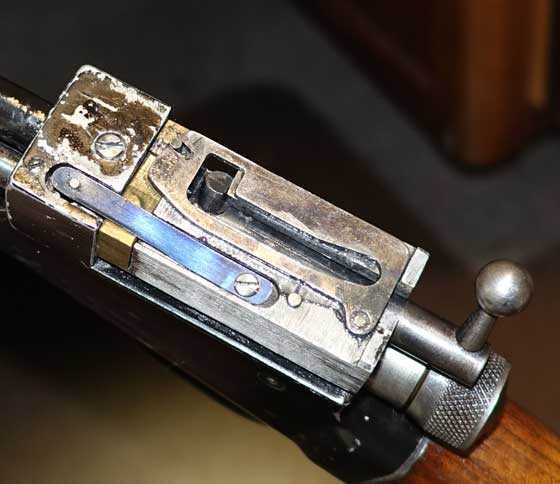 When the bolt closes the cam plate moves the brass shuttle in line with the breech to load the next pellet. Bolt is shown fully closed here. 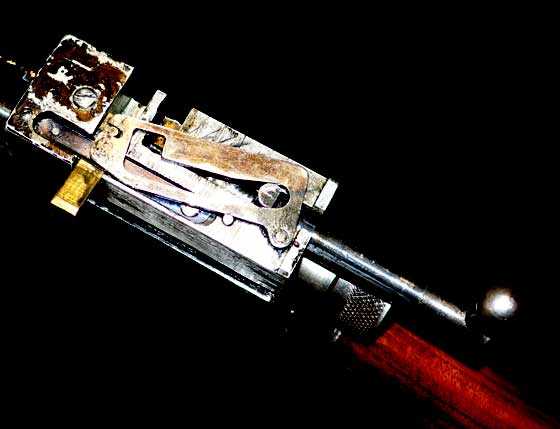 When the bolt is pulled all the way back the cam plate pushes the shuttle in line with the gravity-feed magazine for the next pellet.

Lift the cam plate up off its two pins and set it aside. Now the bolt can be pulled straight out of the receiver. You are ready to clear the jam. 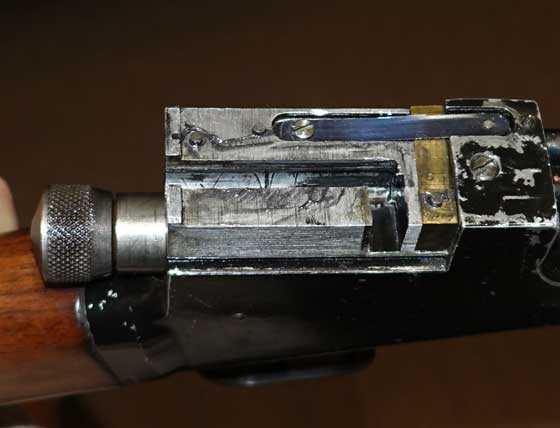 With the bolt out you can clear the receiver and barrel of jammed pellets.

There was one pellet in the breech that came right out with a cleaning rod. But a second pellet had worked its way into the receiver parts and was jamming the smooth operation of the bolt. That one took longer to pry out. Once it was out, though, the action was as good as before. No more RWS Meisterkugelns for this rifle!

Assembly was the reverse of disassembly and took about a minute. This rifle was designed well for this operation. Unfortunately, it lends itself to jamming easily, so I decided to stick to proven pellets.

Now it was time to shoot the rifle at 25 yards. I had already shot one target before the rifle jammed and that was with RWS Hobbys. Five pellets went into 1.4-inches. I had pumped 4 strokes for each of these shots. 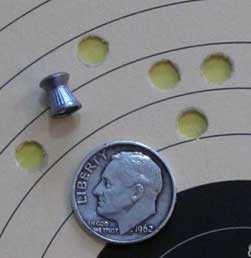 The Hobby were shot before the jam. After all that it took to clear things, the rifle had to be sighted-in again. That took about 10 shots and it wasn’t perfect even after all that.

Crosman Premiers feed easily in the 102, despite being domes. This time I pumped 5 strokes for each shot. Five Premiers went into 1.863-inches at 25 yards. That wasn’t what I was looking for, and if you look back at the 10-meter test you will see that Premiers were the worst pellet tested. 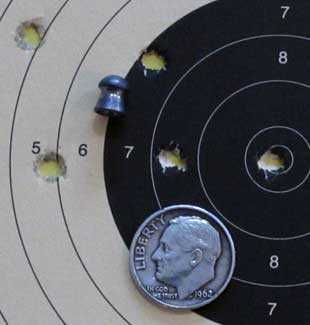 Five Crosman Premiers made this 1.863-inch group at 25 yards.

The last pellet I tried was the Crosman wadcutter. They are the least expensive and yet they also are the most accurate in the 102. Don’t you love it when that happens? Five pellets went into 1.071-inches at 25 yards! 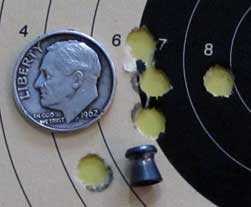 I couldn’t leave it at that, so I adjusted the peep sight a little to the right and shot 10 more wadcutters. This time I nailed the sights! Ten Crosman wadcutters went into 1.867-inches at 25 yards. Better, though, is the fact they are well-centered on the target. 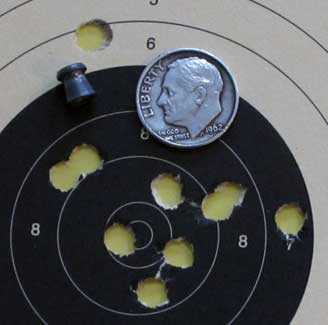 Ten Crosman wadcutters made this 1.867-inch group at 25 yards.

The Crosman pellets feed through the 102’s action like quicksilver — especially the wadcutters. And they go where I want them to.

The 102 isn’t the most accurate pellet rifle I own, but it is one of the funnest. I once owned a Crosman 118 repeater than was smooth like this one. But a Crosman 400 repeater (I had two at different times) often jammed and got out of order. I think the 102 will be in my estate sale.