Today, we’ll test the Umarex Fusion CO2 rifle at 25 yards. And today was also supposed to be the day I tested how long you have to wait to remove the CO2 cap after exhausting the gas. That’s not going to happn, though; because when I took off the CO2 cap to install 2 fresh CO2 cartridges, I noticed the o-ring was damaged pretty bad. So bad, in fact, that it might not work any longer. I switched it for a common black Buna o-ring of the same size and then charged the gun. At the end of this report, I’ll tell you how that works. 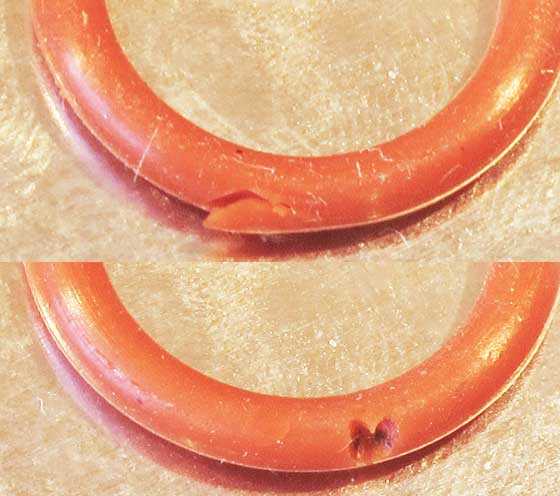 The original o-ring had these two damaged spots. I thought it might leak, so I replaced it.

JSB Exact RS
When I tested the rifle at 10 meters, the best pellet was the JSB Exact RS dome, so that was the first pellet I tested this time. As I predicted after shimming the rear scope ring, the rifle was hitting too high at 25 yards. I had to drop it about 2-1/2 inches and move it to the right about three-quarters of an inch.

The first 10-shot group I fired measures 0.523 inches between centers. It’s nice and round, also. Remember, I’m using the 4x scope that came with the rifle, so the bullseyes looked pretty small at 25 yards. Also keep in mind that this shooting was done indoors, so wind is not a factor. 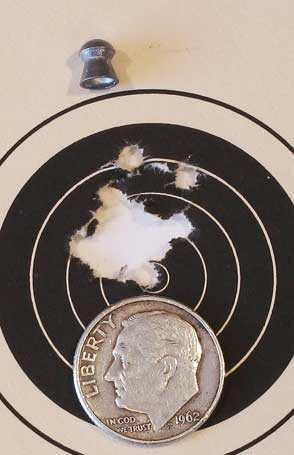 The first group looked so good through my spotting scope that I shot a second one with the same RS pellets. This time, 9 of the pellets went into 0.455-inches, but one shot opened the group to 0.688 inches. That wild shot was not a called flier; it just went astray. 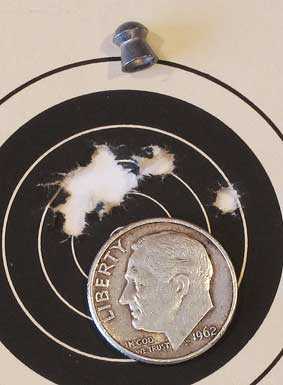 H&N Baracuda Match
The second-best pellet at 10 meters was the H&N Baracuda Match, so that was the next pellet I tried. Ten landed in a 0.625-inch group that’s open but fairly round at the same time. Looking through the scope, this group didn’t look very promising; but I see upon inspection that it isn’t much worse than the first 2 groups. 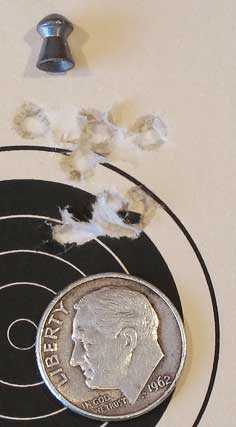 Air Arms Falcon
The final pellet of the day was the Air Arms Falcon dome, which is made by JSB. Sometimes, this pellet surprises me with stellar accuracy. This time, 10 pellets made a group that measured 0.56 inches between centers. It’s very close to the first group of JSB Exact RS pellets, which turned out to be the best group of the day. 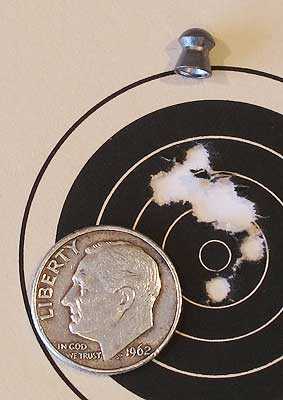 Ten Air Arms Falcon pellets went into 0.56 inches. It was the second-best group of the day.

The new o-ring
The new o-ring worked, but there was some leakage when I pierced the cartridges. The gas exhaust screw wasn’t the culprit this time — it was the o-ring that leaked. I suspect I selected a ring that is too thin for the job. When I removed the cap, I saw that this ring had also absorbed the gas and swollen quite large. I took a picture of it 5 minutes after taking it out of the gun and again after 45 minutes, so you can see the dramatic difference as the o-ring outgasses and shrinks back to normal. 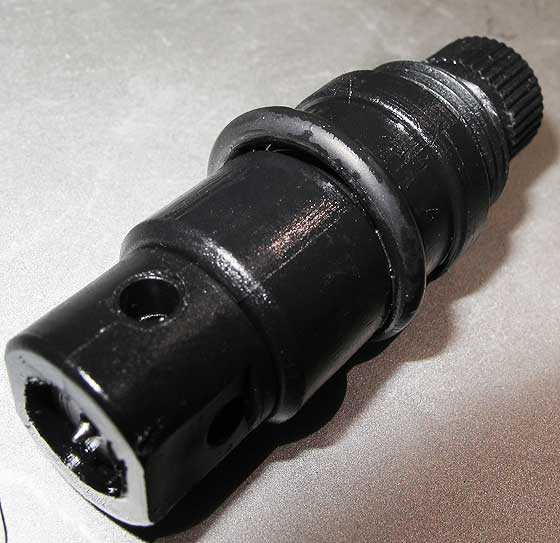 The o-ring after 5 minutes out of the gun. It’s still swollen with absorbed CO2. 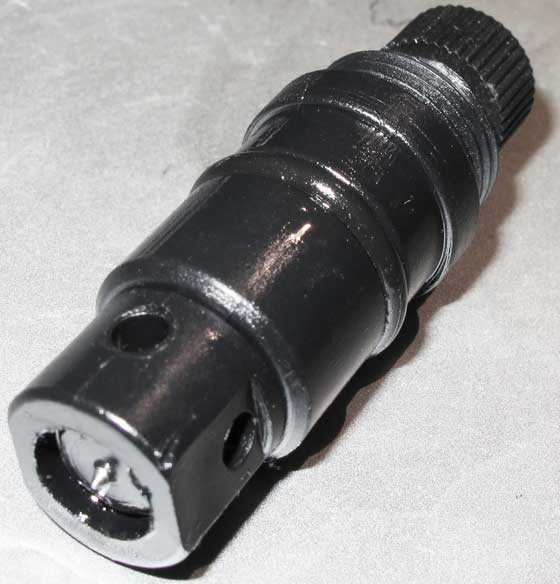 The o-ring after 45 minutes out of the gun.

Final evaluation
There’s a lot to like about the Fusion air rifle. It certainly is accurate, and it fully delivers on the promise of quiet operation. There aren’t many other air rifles in this price range that can compete. Even the scope that comes with the rifle seems to be up to the task.

While today’s groups are not stunning, they’re all good.  It’s interesting to note they’re all under three-quarters of an inch and some approach a half inch.

I do think the o-ring that comes with the rifle needs to be changed to something that doesn’t swell. And it would be nice if the trigger was more adjustable. But those are small points. If you’re looking for a fun plinker that’s both quiet and accurate, put this one on your list!