Here we go! I told you I would be reporting on those airguns I acquired from the Gun Broker website. This is the first of them. The Mauser 300SL is an underlever spring-piston target rifle that is almost a 10-meter rifle, but not quite. After examining it, it appears the people who made this rifle were concentrating more on the style of the zimmerstutzen, rather than a modern 10-meter target air rifle. I’ll explain as we go along.

The 300SL is an underlever that looks something like a Feinwerkbau 300. But there are many differences. For starters, this is a recoiling air rifle. No attempt was made to cancel the recoil. Given that it was sold in the 1980s, that takes it out of the running for 10-meter competition. The FWB 300 was already obsolete in the ’80s.

My example weighs 8 lbs, 6 oz., so it’s no youth rifle. The large beech wood stock is evenly stained a dark brown and has three cutouts on either side of the forearm, similar to some versions of the Diana 75 match rifle. The stock is tall and squared-off like an FWB 300S stock. The cheekpiece stands away from the buttstock and is sharply contoured. The pistol grip is vertical and deeply stippled for better gripping. There is no accessory rail under the forearm, which is another departure from a true 10-meter rifle.

The barrel is just under 19 inches long. The overall length of the rifle is 43 inches, measured at the center of the buttpad.

The most different feature of the stock is found at the butt. As the photo shows, the butt pad is angled to the left by the shape of the stock. It’s done for a right-handed shooter. Even in the 1980s that was radical, because it eliminates a large number of potential customers. But it’s cheaper to shape the buttstock this way than to add an adjustable buttpad that does the same thing. 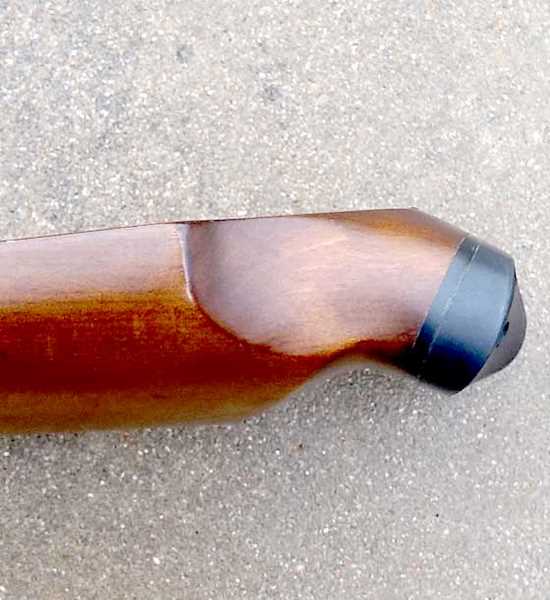 You have to see it to believe it! The shape of this stock is an example of hard-wired ergonomics from the 1980s.

The 300SL has a target globe front sight that accepts different inserts. I haven’t checked the size of the inserts yet, but I think the maker would have been smart to make them one of the common sizes. We shall see! 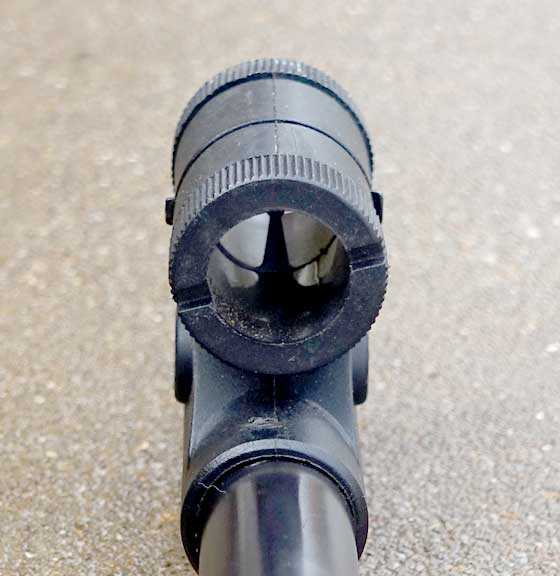 The front sight is a target globe with replaceable inserts. At present there is a post and bead installed.

The rear sight is where the zimmerstutzen influence really comes to light. My rifle has a factory sporting rear sight! Some zimmerstutzens also have this intermediate sight. I don’t know the purpose, but I suspect there are matches for it. The Germans seldom do anything without good reason. The Haenel 311 bolt-action target rifle also has such an internediate sight, though it is quite scarce. 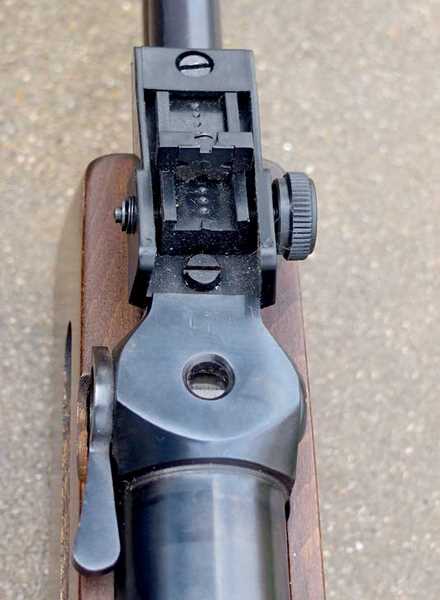 The rear sight is a sporting sight that adjusts in both directions. Note the manual loading tap.

There is also an 11mm dovetail where an optional Mauser rear peep sight can be mounted. According to the Blue Book of Airguns, this sight adds 25 percent to the value of the rifle today, but that would only be true if it was an original. 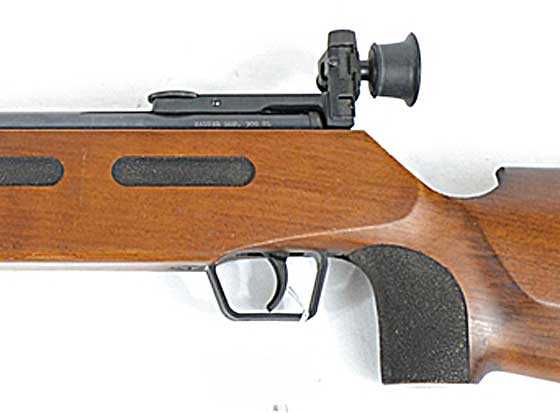 This 300SL appears to have a Walther peep sight. If it is original, the Walther sight was copied.

This rifle loads from a manual tap. After cocking, open the tap, drop in a pellet nose-first, close the tap and fire. Loading taps are seldom used on target rifles because the pellet skirt can be damaged when it jumps from the tap to the breech of the barrel.

The trigger appears to be adjustable. As it came to me it was single-stage and creepy. The pull is too heavy for a target rifle. An automatic safety button on the right side of the receiver must be pushed forward before shooting every time the gun is cocked. I will look at the trigger more closely in Part 2, but from what I have read on the internet, I don’t hold out a lot of hope. 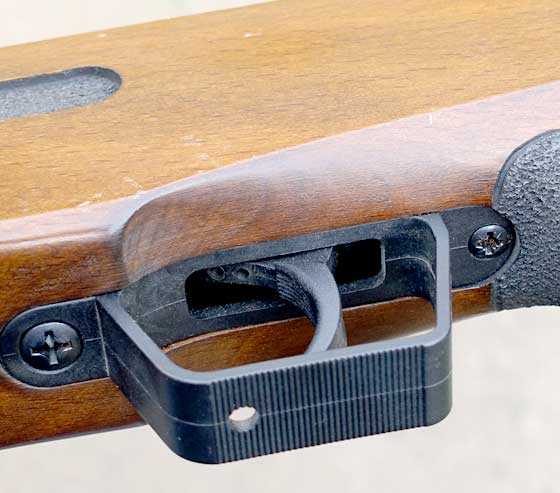 I did a quick search on the internet and found there is very little correct information about the 300SL. This series will probably become a resource for airgunners in the future. Mauser didn’t make it. Our reader, Mike Driskill, provided as much information as the Blue Book. He says the rifle was made for Mauser by the same Hungarian factory that made the Relum Telly and similar airguns. And the consensus of those who have seen the rifle agrees with me that it appears similar to an FWB 300S, though it’s not up to the same quality standards.

When they were new I saw one in a gun store selling for $375, as I recall. That would have been around 1988-90. At that time the FWB 300S was selling for at least double that price, and was well worth the difference. The Mauser 300SL is one of those airguns you buy for the looks, then discover that what you have is just a nice-looking plinker. I am tempted to make an inappropriate remark here, but instead I will just ask, “But, can she cook?”

That’s all for this report. Because the Mauser 300SL is so unknown, there will be more description in every report to come.