Today I will bring you up to date on all that has been done with the Umarex Gauntlet PCP rifle. It has been two and one-half months since you read anything about this rifle, but I have been doing things and have tried to test the Gauntlet before now. Here is what happened.

I went to the range in early April for a 50-yard test. Unfortunately that day I had also invited a member of my church out to zero his AR-15, and it turned out he did not know how to do it. I ended up spending a lot of time getting him zeroed, plus I lent him my sandbag that I would normally use for any 50-yard PCP test. I shot the Gauntlet off a pile of wadded up rags and gun bags. Even so, the test was still good, if not ideal.

But the time I spent helping my friend allowed the Texas wind to pick up and by the time I tried to shoot groups there was a stiff variable breeze. I also discovered that the reticle in the UTG 3-12X32 Bug Buster scope was thick enough to cover 1/4 to 3/8-inch at 50 yards, so my aiming wasn’t as precise as I would like. On top of that, the day was dark and the Bug Buster scope wasn’t as clear as I would have hoped.

When all things were considered, the 1.5- to 2-inch groups I was getting were not good enough to show. I would have told you all that I went through to get them and you would have asked for a better test, so I just cut out the middle man.

Other stuff arose as things always do, and when I went back to the Gauntlet to remove the Bug Buster I discovered the shims I had used to tighten the scope bases on the receiver. Some readers criticized me for doing that — thinking that the UTG P.O.I rings I used were the problem. Well, they weren’t. I spent the next two months (off and on, as time permitted) trying all the other scope mounts I have on the Gauntlet. All those I tried were too large, when tightened as tight as they would go. 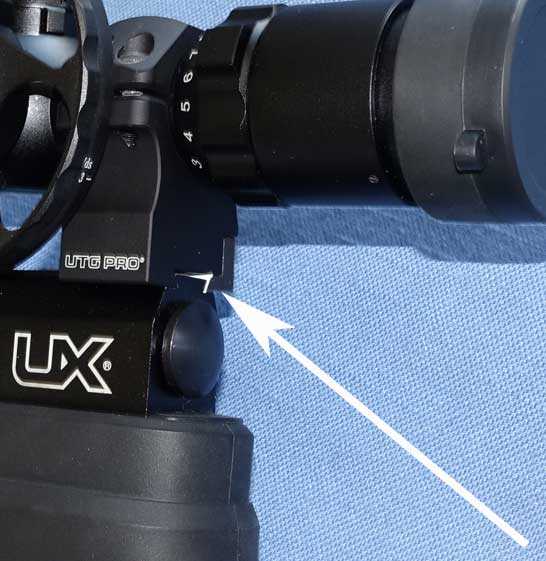 You gave me grief when I told you what I did to get the scope rings to tighten before.

Now, don’t get all hyper about this. I only tried maybe five different ring sets besides the P.O.I. mounts. I’m sure there are many rings that do fit, but I want you to be aware that the Gauntlet dovetail is on the smaller side. I even checked with AirForce, to see if I could squeeze down the base on a BKL mount to fit. They didn’t know whether it would work but told me to give it a try.

But this past Tuesday evening I got a brainstorm. What if I used a UTG Weaver ring with a UTG 11mm Dovetail to Weaver adaptor? Would that work? Yes, it works perfectly. In fact, let me show you. 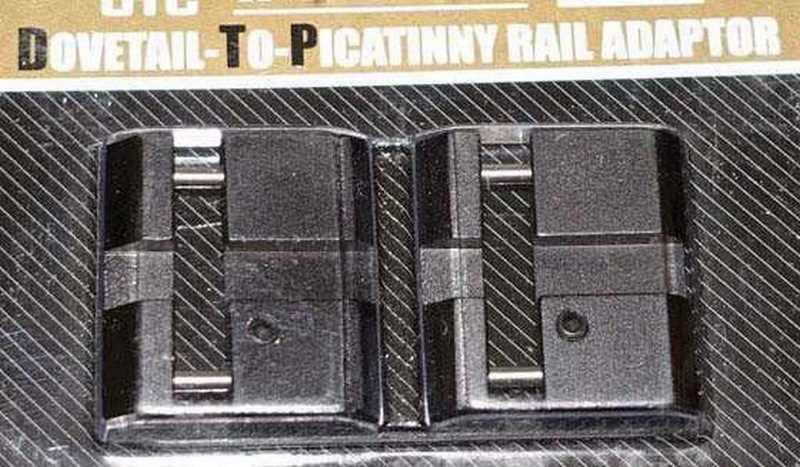 The UTG 11mm to Weaver/Picatinney adaptors saved the day.

With the mounts secured to the receiver I was ready to mount a scope. Since the Bug Buster was small I decided this time to go with a biggie. I selected an obsolete UTG SWAT 8-32X56 scope that is similar to this one, except for the illuminated reticle. You have to agree, we are not under-scoped this time!

I needed to get the scope sighted in before I head back to the outdoor range, so that came next. After a two and a half month layoff, I had to get used to the Gauntlet all over again. I read most of the past 6 reviews and then started the sight-in. I shimmed the scope with one layer of credit card plastic when I installed it in the rings this time. I do that for all scopes these days. In fact, I am talking to Leapers about making a special 2-piece mount that has the offset already built into the rear ring. Why not? I do it every time I mount a scope.

I used the Gauntlet magazine this time, despite what I had said about it earlier. I planned using Crosman Premier Heavy pellets, and thought they might feed through the mag just fine. I don’t think I had ever tested them. Well, guess what? They do feed! I now know to pull back the bolt all the way, which might have been the problem earlier. Anyway, this target was shot with the mag installed.

The 10 shots went into 0.628 at 25 yards. That’s okay, but it’s over twice the size of the 10-shot group I got with the same pellet fired single-shot in Part 6 (0.303-inches), and even significantly larger than the 10-shot group in Part 5 (0.456-inches) that was also fired single-shot. That suggests a special test for 50 yards — with and without the magazine. That’s a test whose results I want to see! 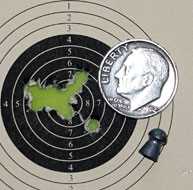 Ten Crosman Premier heavys made this 0.628-inch group at 25 yards when shot from a magazine.

I have tested the Gauntlet quite thoroughly, but as the first price-point PCP, it deserved the attention. The nice thing about this series is all the information that’s available to a potential buyer. The 50-yard test comes next. 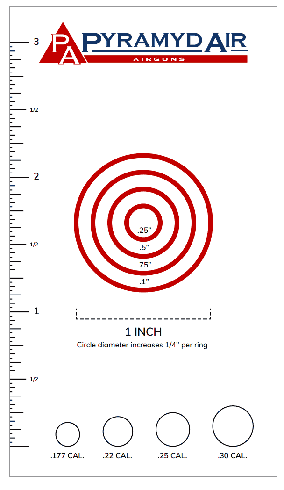 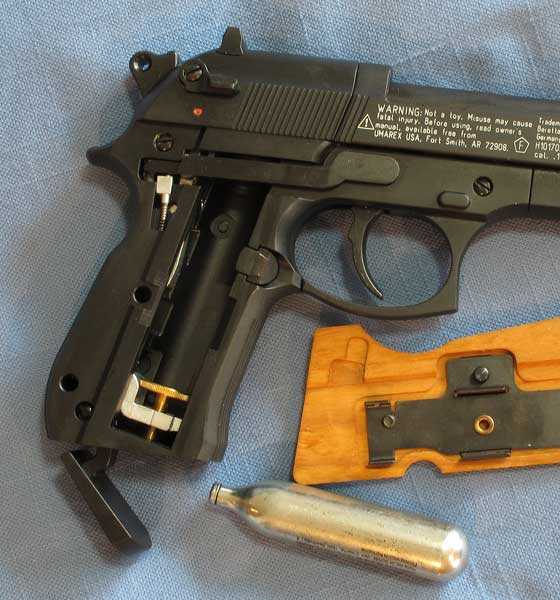