Boy, am I excited about today’s report! I have owned this Daisy Number 12 Model 29 for many years but have never tested it like I am about to. I oiled the plunger/piston about 3 weeks ago, and it is nice and juicy now. The gun has a leather piston seal, so that’s important.

Today is velocity day, but there is more than just running the gun through the chronograph. I will start with the ammunition.

The first BBs were sized 0.180-inches in diameter, nominally, because they were shotgun birdshot, size BB. That lasted until roughly 1905, when Daisy downsized the lead BB shot to 0.175-inches and started calling it Air Rifle Shot. There is always a transition period as the old goes away and the new takes over. That move saved on lead and the BBs went faster because they were lighter.

Please read the rest of the BB history in the report How BBs are made. Anyway, the Number 12 Model 29 was made to shoot Air Rifle Shot, sized 0.175-inches in diameter. That means today’s steel BBs that run 0.171 to 0.173-inches in diameter are all too small. They will work — especially because this is a single shot gun that is loaded through the muzzle — but the BB will be too small for accuracy. Yes — I will test velocity today and also accuracy with steel BBs when we come to it, because this gun is as new to me as it is to all of you.

Where to get the right BBs?

Well, the right sized BBs (0.175-inches in diameter) are still being made, but not in the United States. Or if they are I couldn’t find them. The good news is today’s round lead balls are much more consistent than Air Rifle Shot was in the early 1900s.

I entered 0.175-inches in my conversion program and came up with 4.445 millimeters. Okay, that’s an order of magnitude too precise. You aren’t going to find lead balls of that size. What about 4.45 mm? Enter that in the conversion software and it comes out 0.1751968504-inches. That’s close enough!

Pyramyd Air used to stock H&N 4.45mm lead balls, but I guess the demand wasn’t great enough, so they are out of stock. I went on Ebay and found a source for them in Canada. I ordered two tins of 500, because the Benjamin 700 I’m testing also needs them. They arrived in less than 10 days. They were not cheap, but since they are the right thing, I will pay the price. 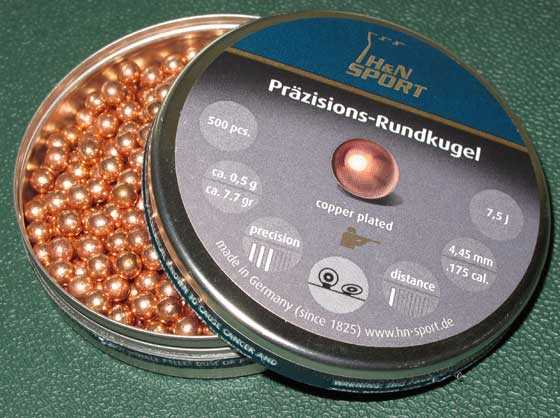 I bought these lead balls in Canada, especially for this and the Benjamin 700 test.

I will test these 4.45mm lead balls in the gun, and also some other kinds of ammo — meaning steel BBs. I’m not going to test Dust Devils because they are on the smaller side of steel BBs.

I also found one of my .177 steel airgun darts and am happy to report that they do fit in this gun. So they will get a velocity test today, too. Let’s get started.

The first test will be the airgun with the correct sized 4.45mm lead ball. This was the right ammo for it when it was new, so what we see today will be representative of the gun after 80+ years.

I must admit to some surprise at how fast these heavy lead balls shot! I wondered if they would even get into the 200s. They averaged 270 (269.7) f.p.s. That’s faster than some modern BB guns shooting steel BBs that are much lighter. Let’s see what they do with a conventional steel BB.

Next to tried were Air Venturi Steel BBs. These range from 0.1715 to 0.173-inches in diameter and weigh 5.1 grains, nominally. The first shot was very harsh and only went 160 f.p.s. When shot number two went out at 135 f.p.s. I stopped the string. These BBs are obviously too small for this BB gun.

Next I tried Daisy Match Grade Precision Ground Shot. These range from 0.173 to 0.1735-inches in diameter, and they are more uniform, BB to BB. Does that make a difference? We will never know because they didn’t come out of the gun! At this point I decided to abandon shooting steel BBs altogether.

What I did not know at this point in the test was the gun’s powerplant had failed. So, the results you just read were not correct; they were the result of a failed BB gun powerplant. But I didn’t know that yet, so I moved on to more lead balls.

Well, they did nothing. They also didn’t come out of the barrel. I removed the shot tube to see what was wrong and discovered a bunch of stuff jammed in the breech of the tube. I removed it with a .177 rod and tried again and again to try to get some velocities. Each shot I fired pushed more of this stuff into the breech. Unfortunately I knew what it was and where it was coming from.

Those are bunches of leather fibers from a piston seal that is disintegrating.

That dark gunk is the oil-soaked fibers of leather from the plunger seal. The seal has deteriorated and is coming up from the compression chamber to get into the breech of the shot tube. I have only seen this happen to leather a few times in my life. Most of the 80- to 130 year-old leather seals I see can still be revived with an application of oil. Maybe dry rot has taken its toll in this instance and the oil just softened the whole mess up enough to allow this kind of decomposition.

This is the same thing that happens to FWB, Walther and Diana pellet rifles of a certain age, when their original synthetic seals deteriorate and disintegrate. Instead of fibers you find plugs of what looks like brown wax in the barrel

End of the report

Unfortunately this is as far as I can take this report until I get the gun fixed. I want a real repair — not a parts swap from a modern BB gun with synthetic seals. I doubt that would even be possible. I need a specialist who knows how to work on these oldies. I would do the job myself, but I don’t have the tools (a special BB-gun spring compressor) the knowledge or the time to do the work. If you know of anyone who is a real vintage BB gun repairman, please let me know.

Sorry to end it that way but sometimes the bear eats you! Feel free to talk among yourselves. 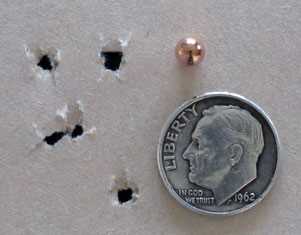 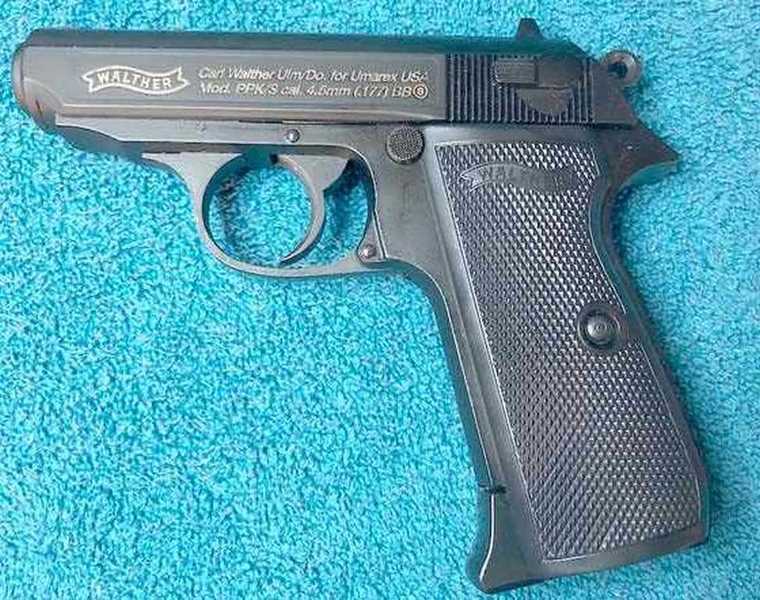 Making a case for pistols 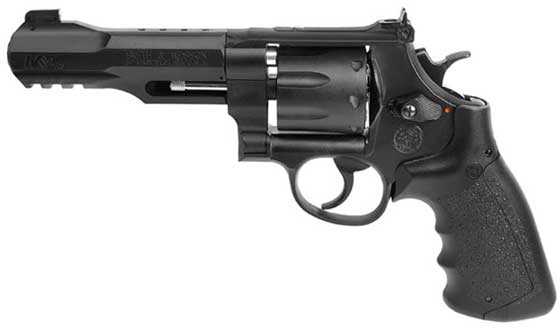