Before we begin
I must first comment on the open sights; because after many trips to the range with the .22 rimfire target rifles I’ve been using for the CB cap test, I was shocked back to reality by the wide open notch in the rear sight blade on the 347. It isn’t a precision sight in any respect, and the rear notch is about three times too wide for the front post. I had to guesstimate if the front post was centered in the rear notch, because it’s too wide to know for sure. read more 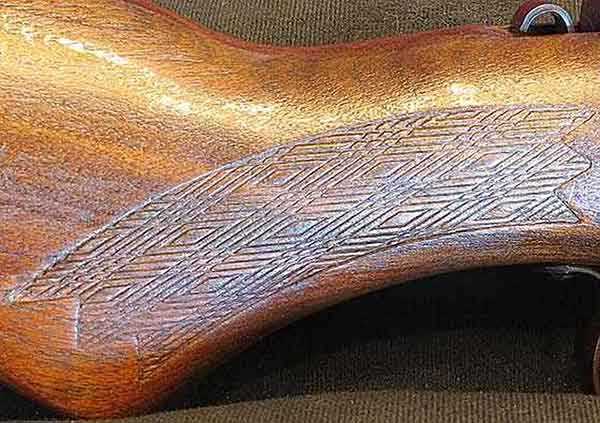 This closeup shows the checkering on the 347 pistol grip. Not great, but what do you expect? read more