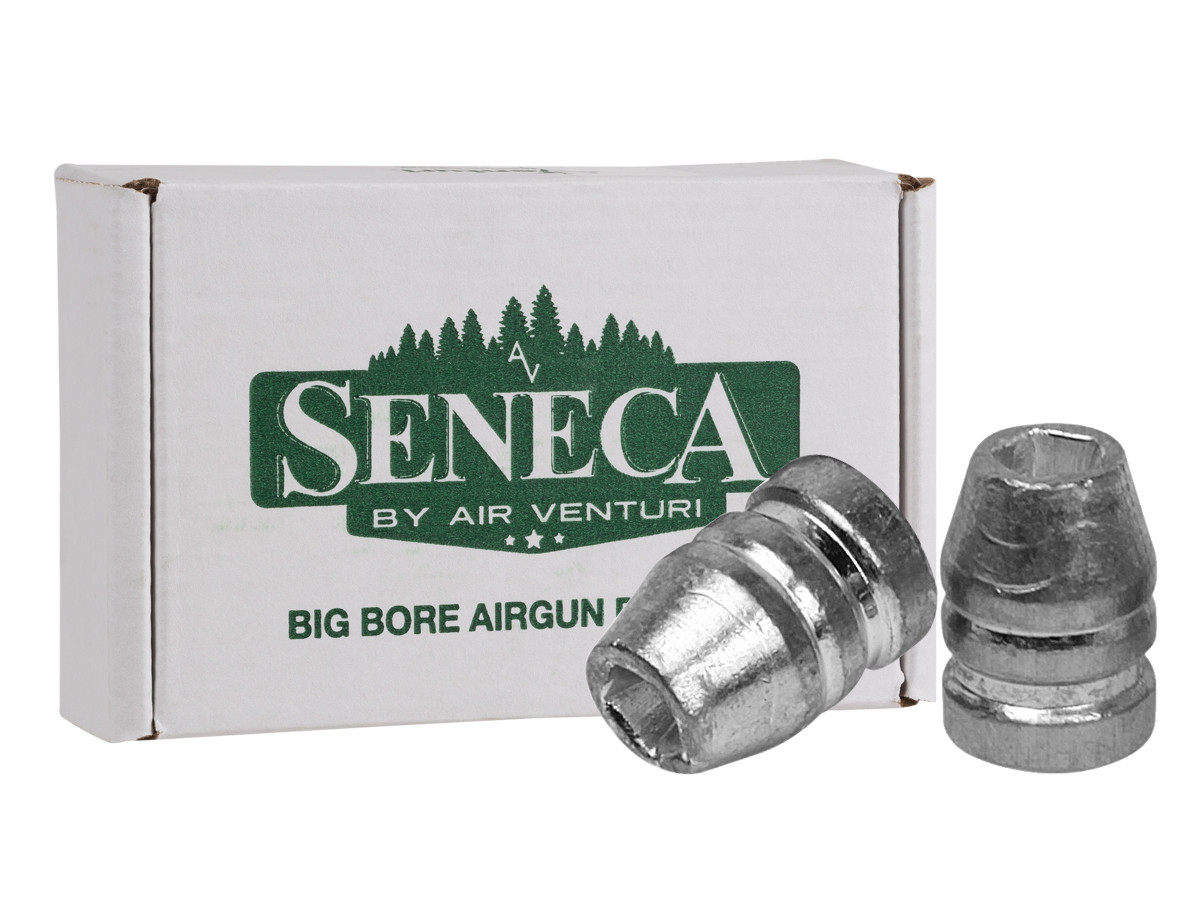 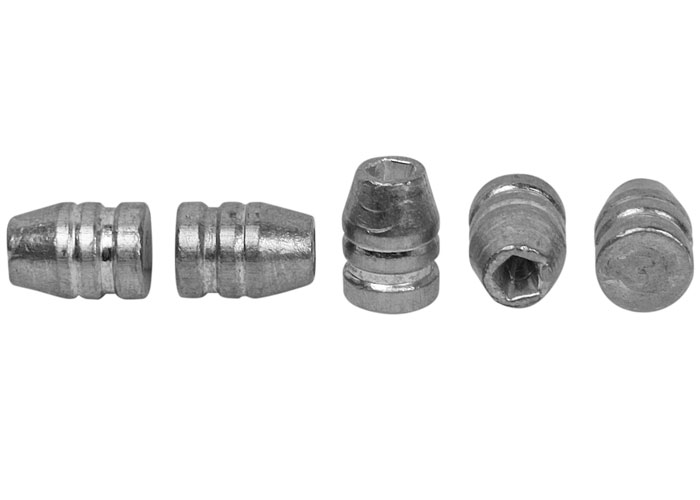 Seneca's top-quality hollowpoint big bore airgun ammo will help you humanely take down game because of the mushrooming effect of the bullet's nose.

I purchased these for my Benjamin Bulldog without reading the online reviews first. I had already tried the Seneca brand in the Bulldog and had no issues.

These slugs JAM in the Bulldog. The first time a jam happened I thought the rifle was broken -- it didn't have that satisfying "thwop" when I fired -- instead, a tinny sounding click came from the rifle. It took me a few moments to realize what had happened. Fortunately Benjamin supplies a cleaning rod with the Bulldog that also doubles as a tool to knock out jammed slugs. Thinking this was a fluke, I fired about seven more rounds before another jam. Chalking it up to just having an "off" day, I cleared this jam -- only to have it happen again two shots later. That was it for me.

Other reviews had mentioned this particular ammo from Seneca appeared to be "rough" and irregular in shape and appearance. Perhaps it is time for Air Venturi to have their molds reworked or replaced. Avoid this ammunition for the Benjamin Bulldog.

Has a decent hollowpoint even gets some expansion from my Bulldog, just not real accurate.

Nothing wrong with them just not liked by my setup.

Give them a try.

These pellets shoot very well out of my .357 cal. Texan carbin. An have a great grouping out to 75 yard. An its only bout 1.250" group. Which I'm very happy with. For now, till i find a better pellet.

Nothing so far, they shoot, right out of their box. No re-sizes needed.

Ive dug a few of these pellets out of some pine wood. An they do mushroom good, in pine wood. An hope they can keep making them, in the same size an weight. These are the ones i will be hunting with this fall.