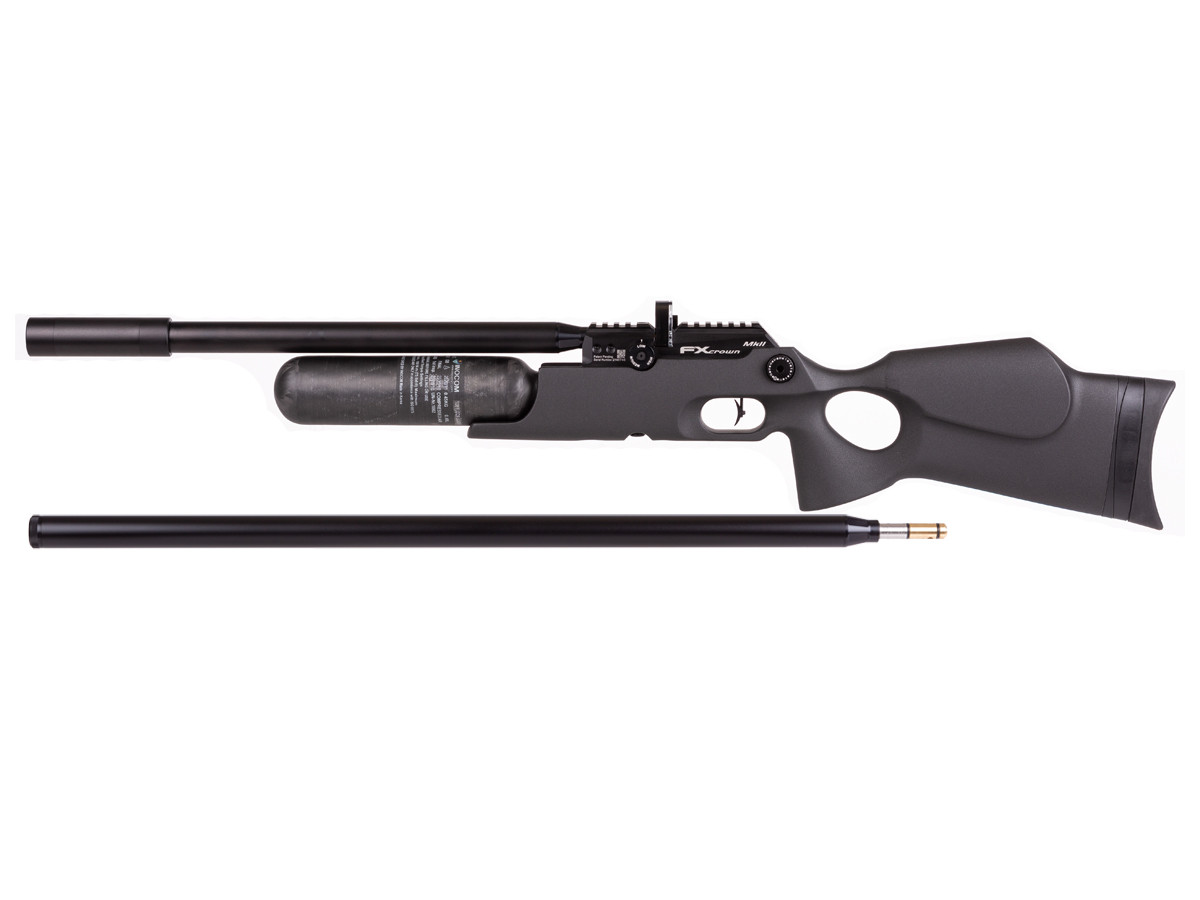 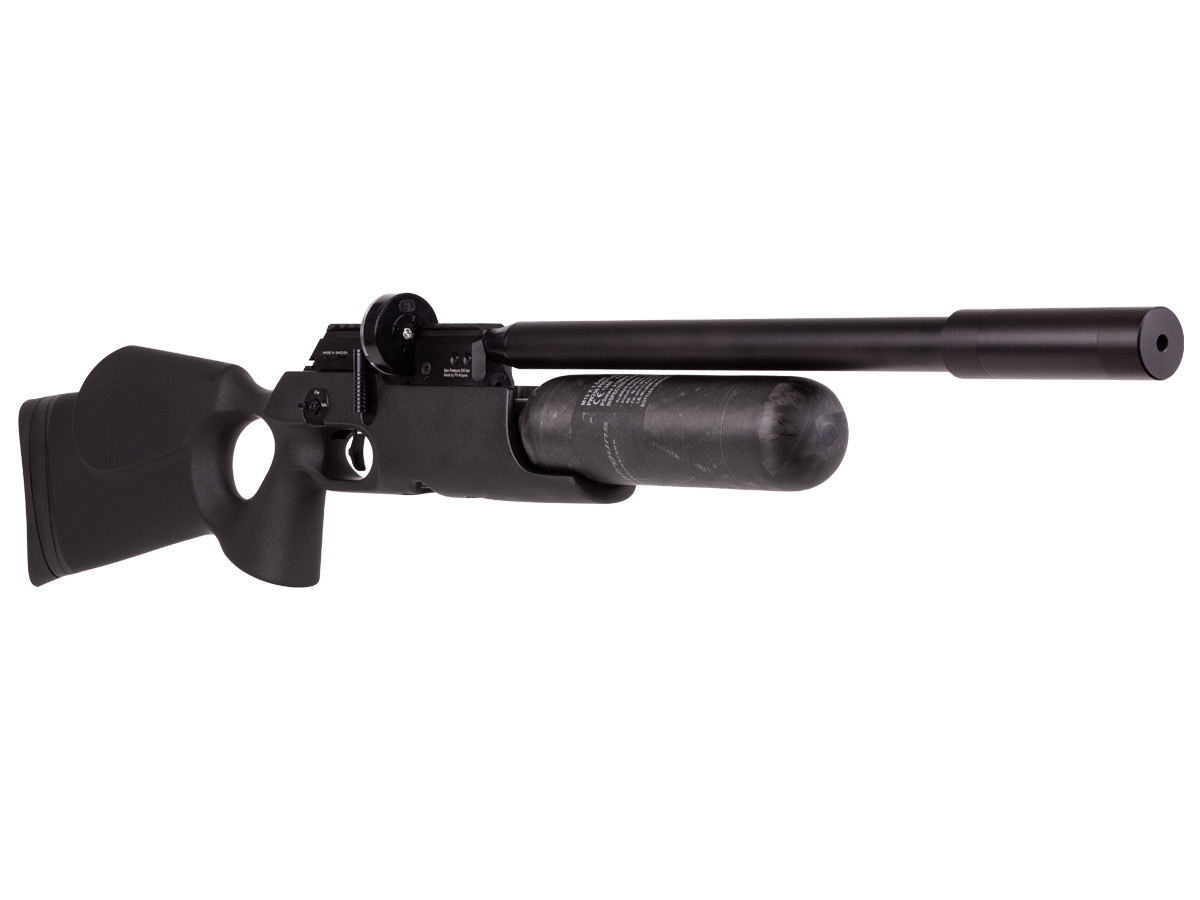 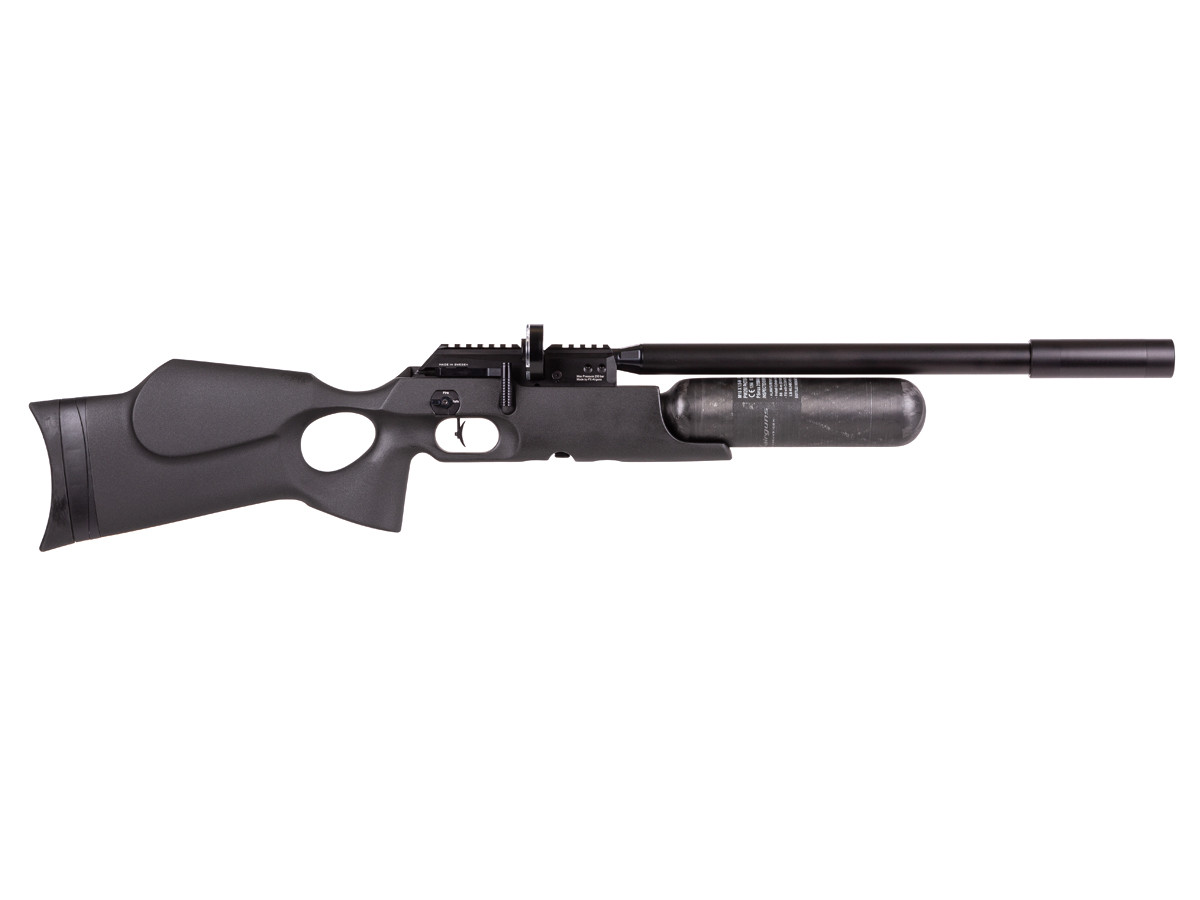 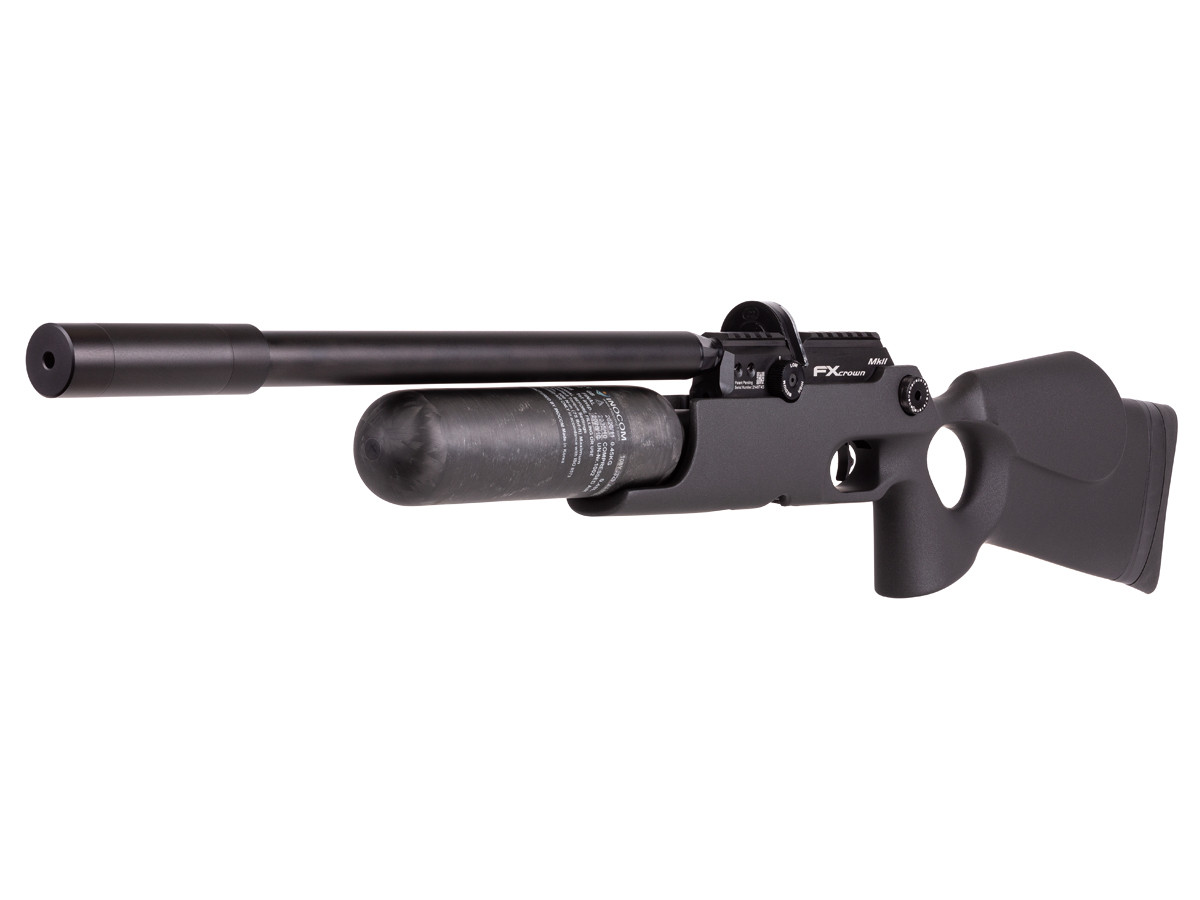 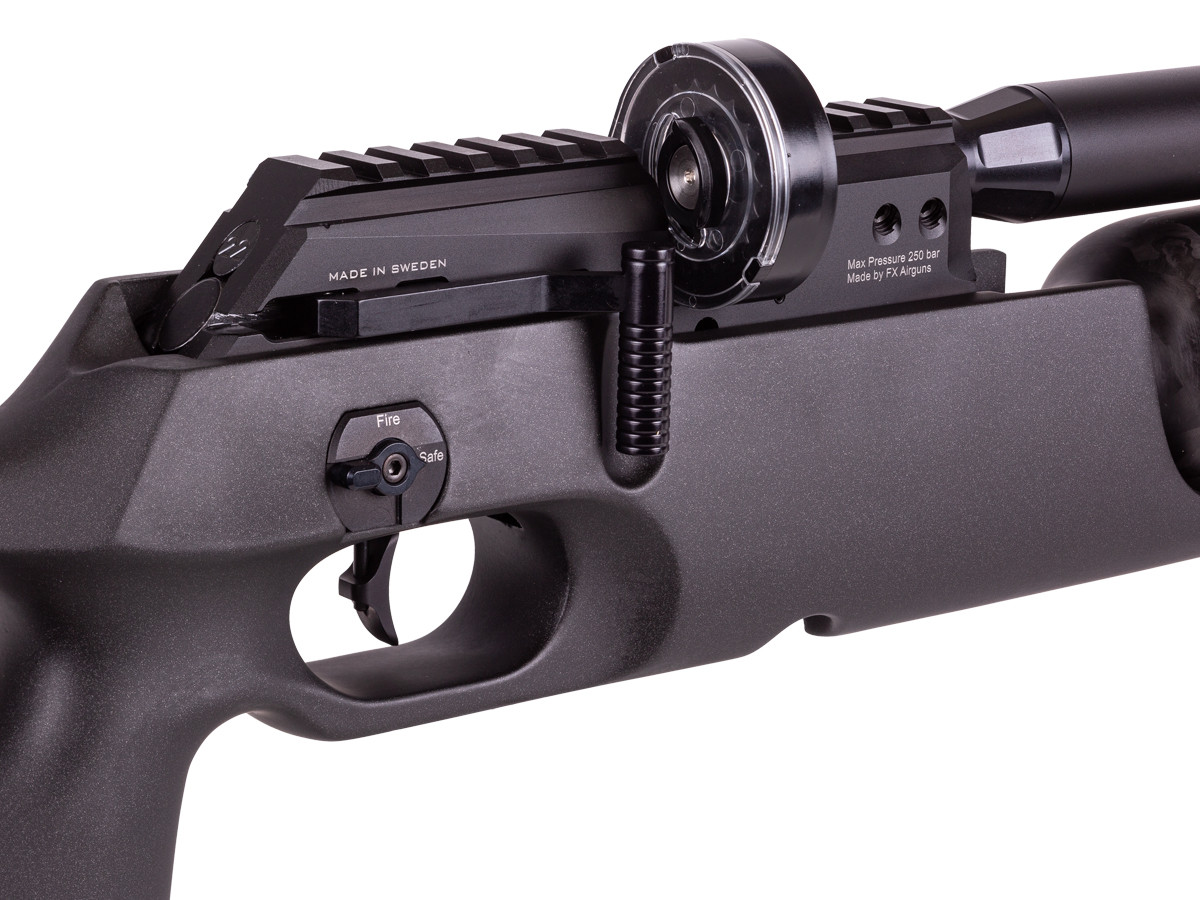 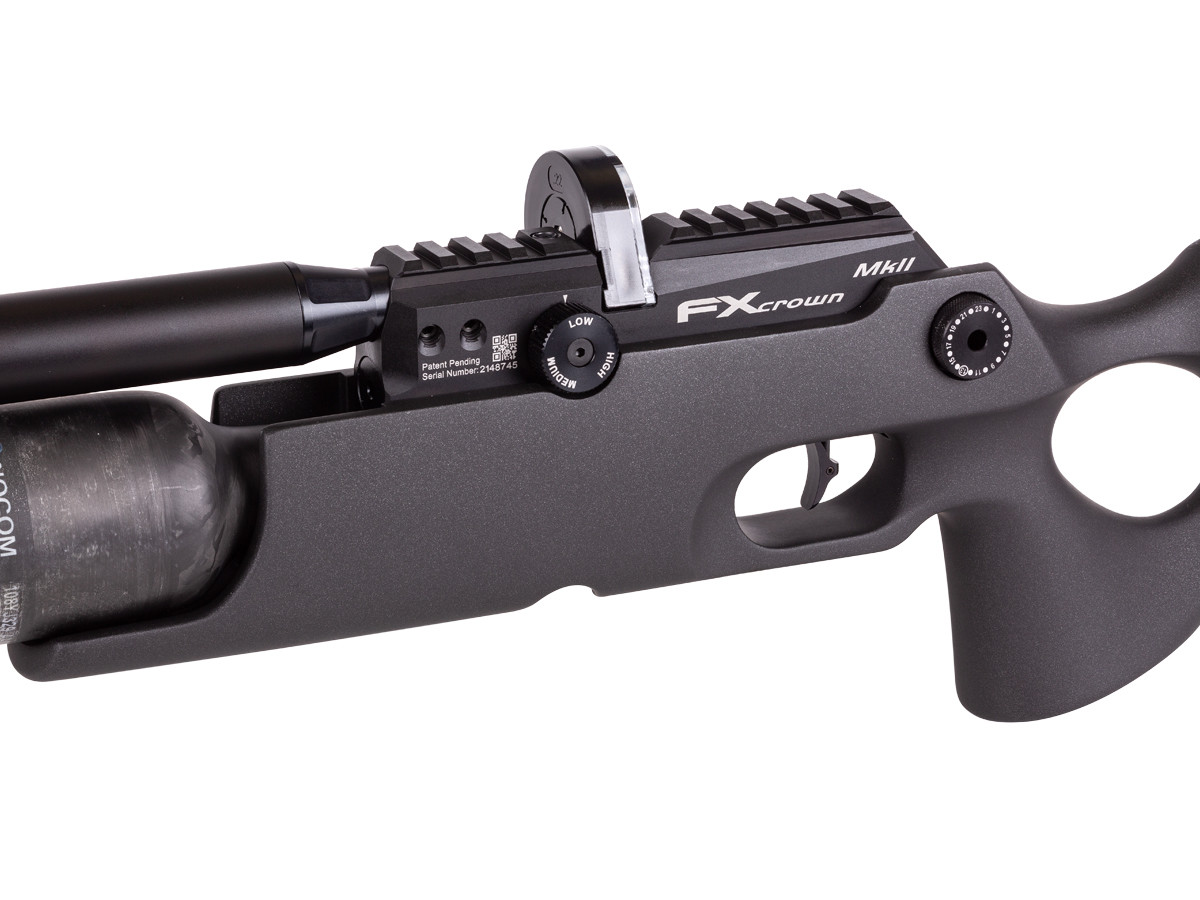 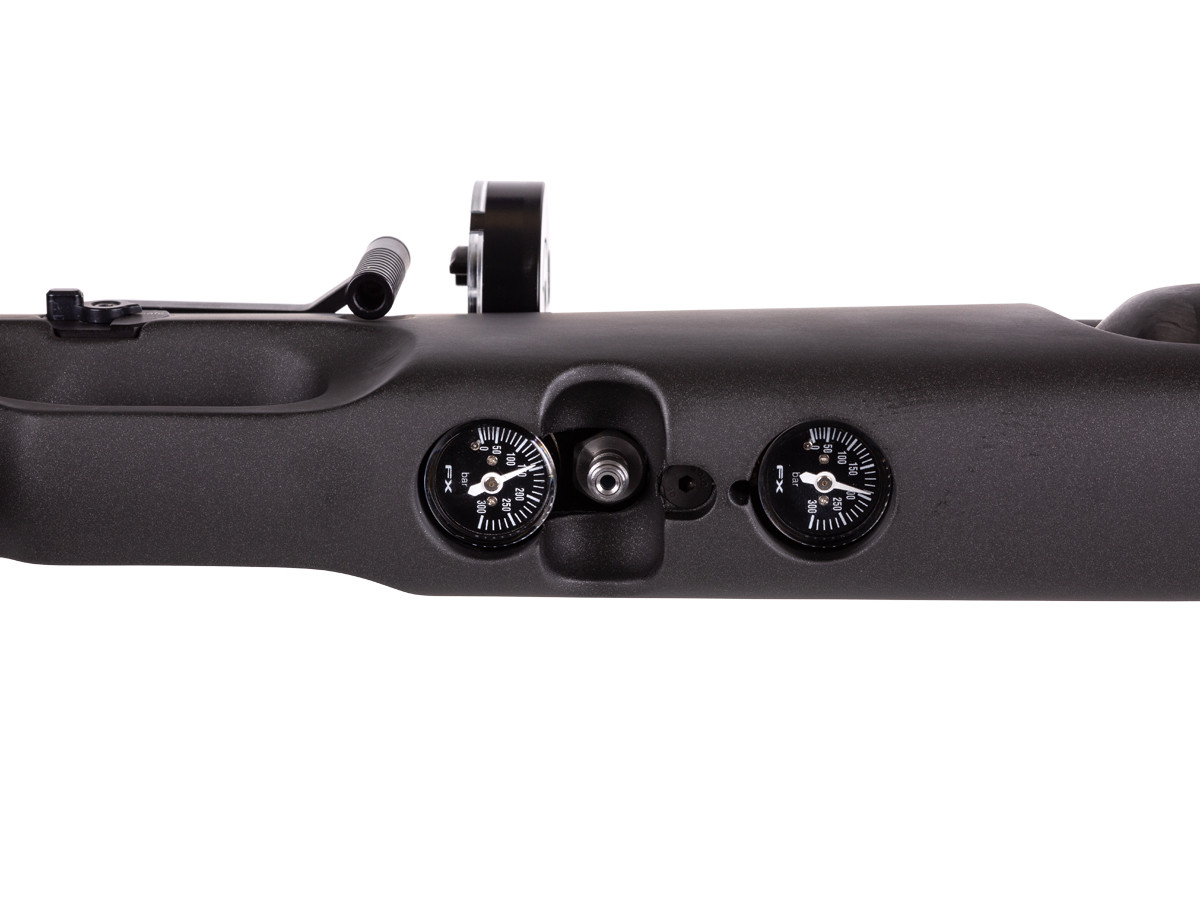 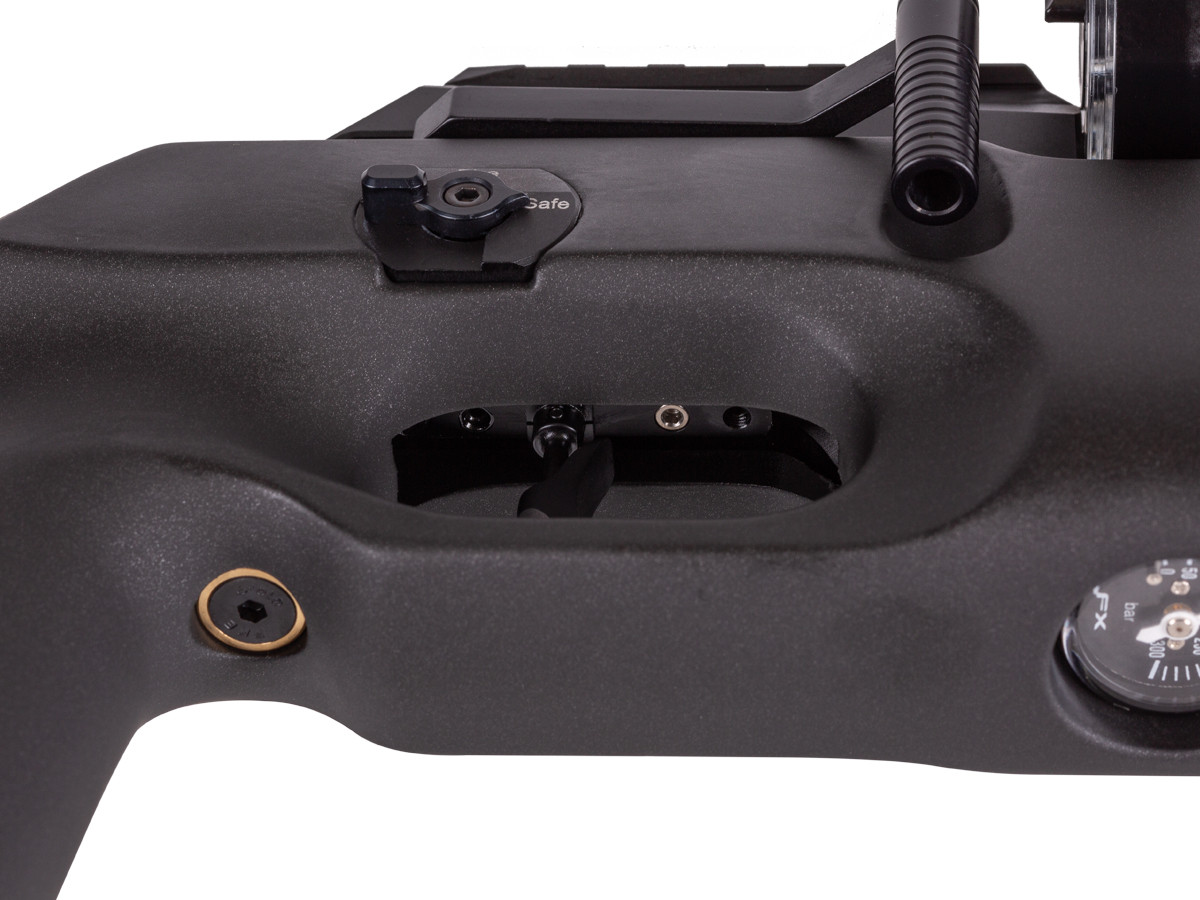 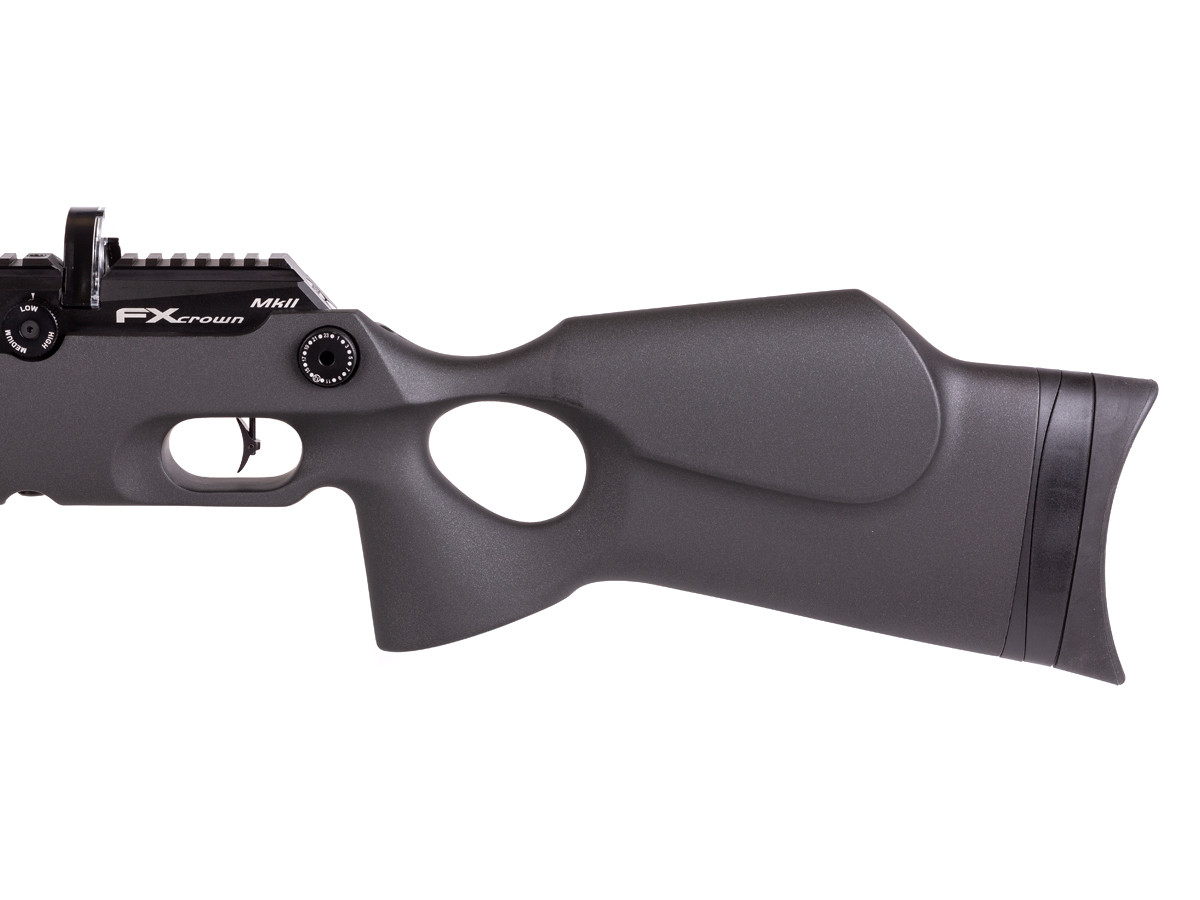 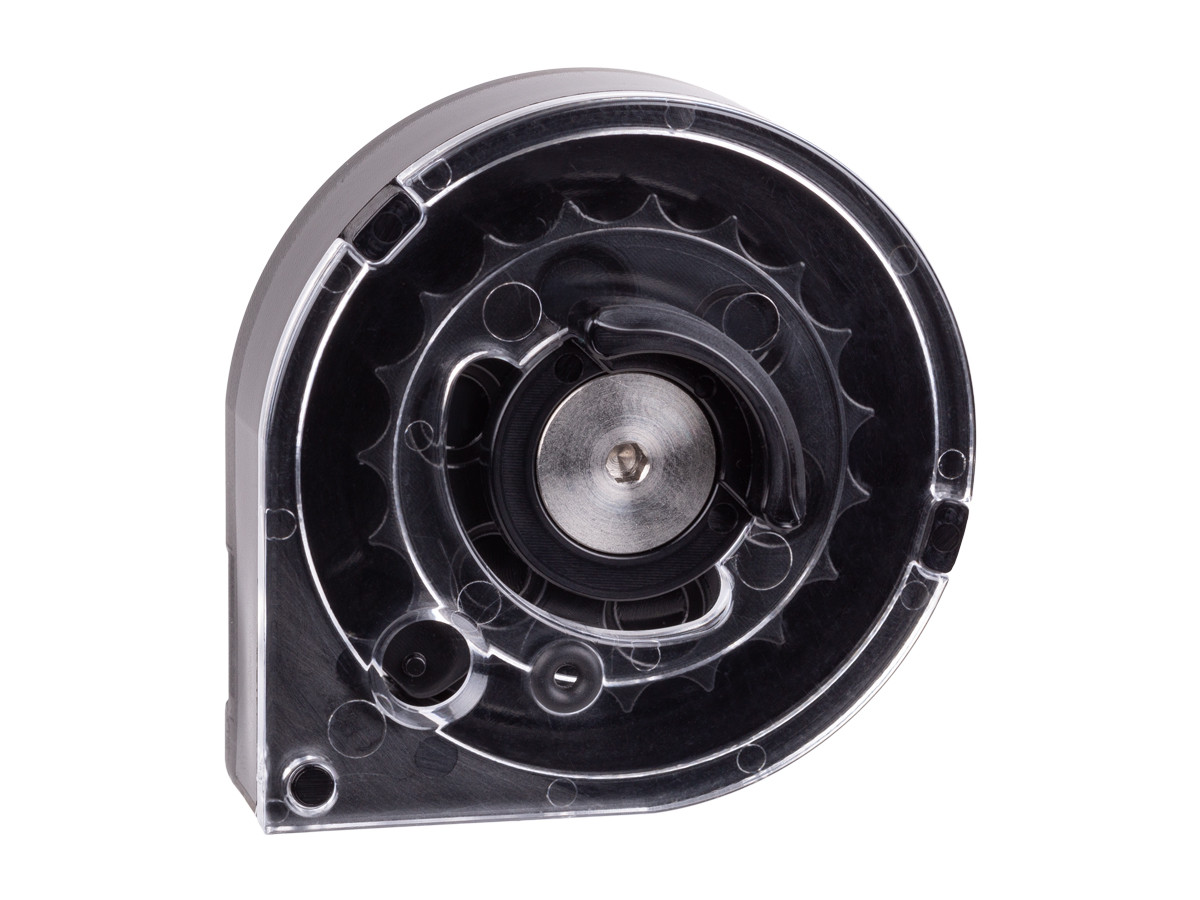 Didn't have enough room to add this comment but with this gun you will be buying a lot of pellets/slugs because of the different settings/adjustments. With one pellet you can get 36 settings, or 44 settings with adjusting the reg. Here's an example, you can set the gun transfer port to max and the hammer spring to max and your reg to 140. Now you can leave the port on max and adjust the hammer spring from max to 5, 4, 3, 2, 1, and min, then a,b,c,d,and e. then shooting it on those different power levels, adjust the reg from 140, 145 150, up to 170, then go back and set the transfer port on medium and do the same thing over again. Then set it on minimum and do the same thing over again, and testing the gun at those different levels, you will go thru a bunch of pellets. (CHECKOUT SOUTHERN GUNNER VIDEO ON THE CROWN) I have in 22 cal a avenger, neutron star, flash, bully, sumtra, and urban, and I have shot more pellets/slugs thru the crown then all these guns together I just named

My only complaint is the 700 mm barrel. For me it's too long, buying a gun that cost this much, WE SHOULD BE GIVEN THE OPTION, AS TO WHICH BARRELS LENGTH WE WANT WHEN YOU ORDER THE GUN. Other than that I'm completely satisfied. The other thing is the trigger, for me it was shooting to quick after the 1st stage, after the 1st stage, and you bump the trigger, it fires. (That was too quick for me) so I adjusted the trigger to my liking.

1st off I'm by no means an expert on pcp's, let alone FX'es, the crown being my 1st FX. This gun will either make or break you, and what I mean by that is, you might have to adjust the trigger, you definitely will want to do some hammer spring adjustments to get the full ENJOYMENT, POWER, and OPTIONS this gun offers. With all of the different power settings, you will want to WRITE them down, because this gun has so many different options on the power levels. A FUN GUN, but to get the full benefits from this gun, YOU WILL want to experiment with the power levels and reg adjustments to get the full options this gun offer. I took a chance when I tinkered with the hammer spring and trigger and now I'm GLAD I DID. ( I did watch a lot of videos on this gun before I decided to buy and also when I decided to start adjusting the gun). 920 fps with the 22. My gun will do 990-995 fps with a 14.3 grain using the 380 mm barrel, and 1100 with the 700 mm barrel, But you wil have to tune it

This crown is accurate as hell, very lite, and can be adjusted to shoot at different FPS, which makes this gun a lot of fun when shooting. Not pellet picky, just have to adjust your scope on some pellets, but they will group well b 4 you adjust your scope. Even when you change barrels to the 700 mm barrel it's still accurate as hell just more power. I get an extra 100 to 115 FPS and still accurate. Very quite with the shroud also. You can also get a 25 caliber kit and turn it into a 25 caliber gun.