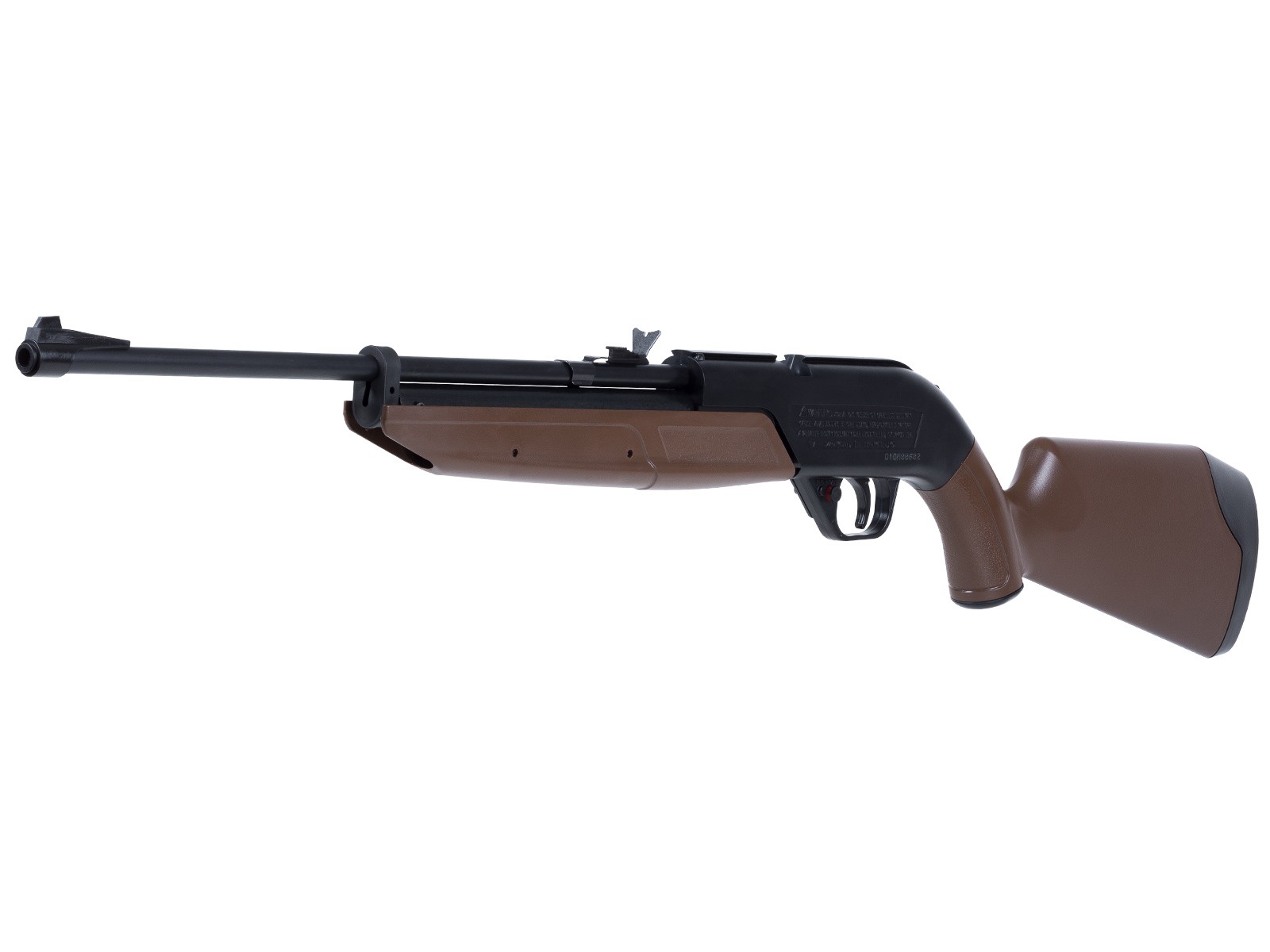 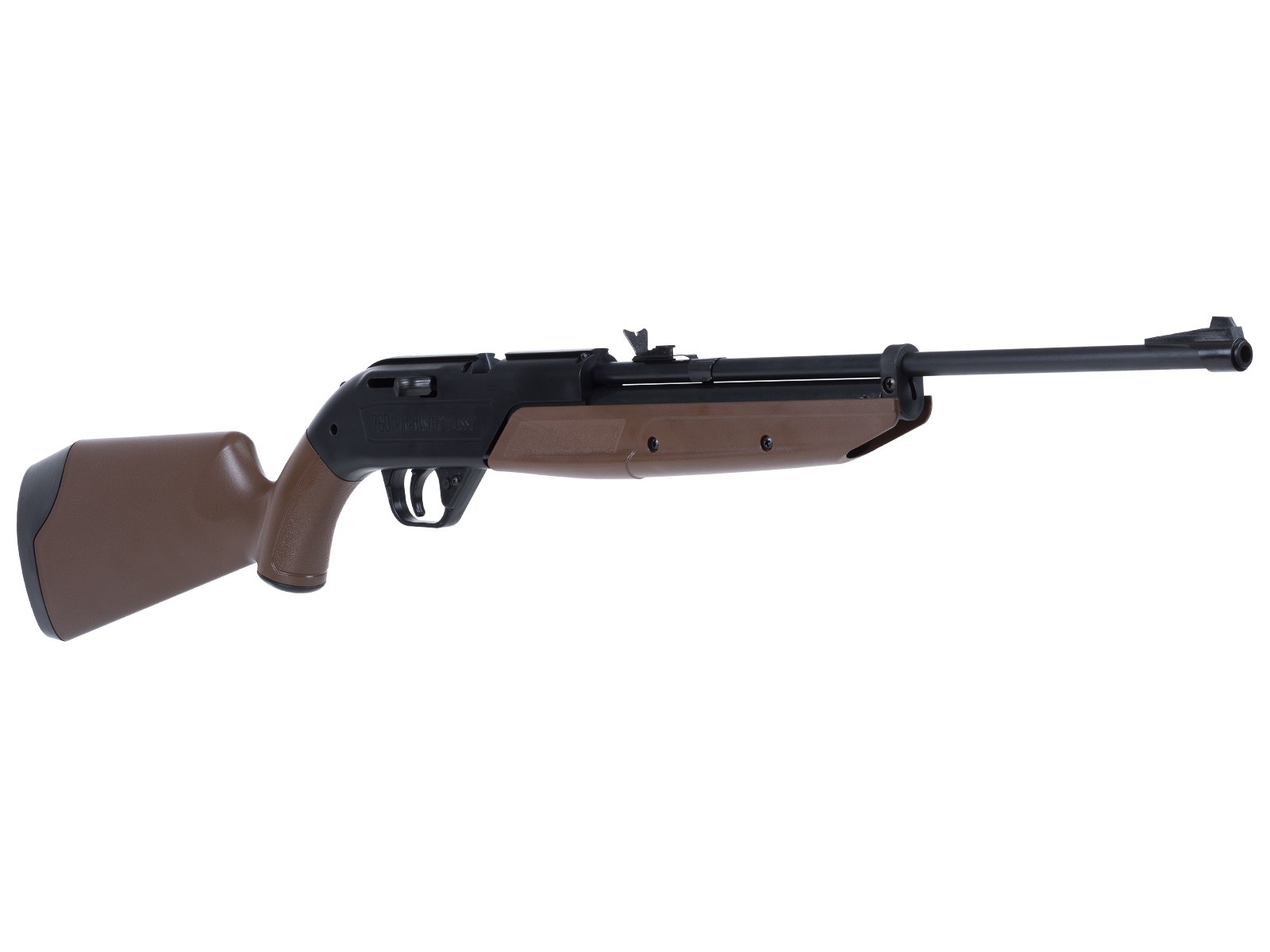 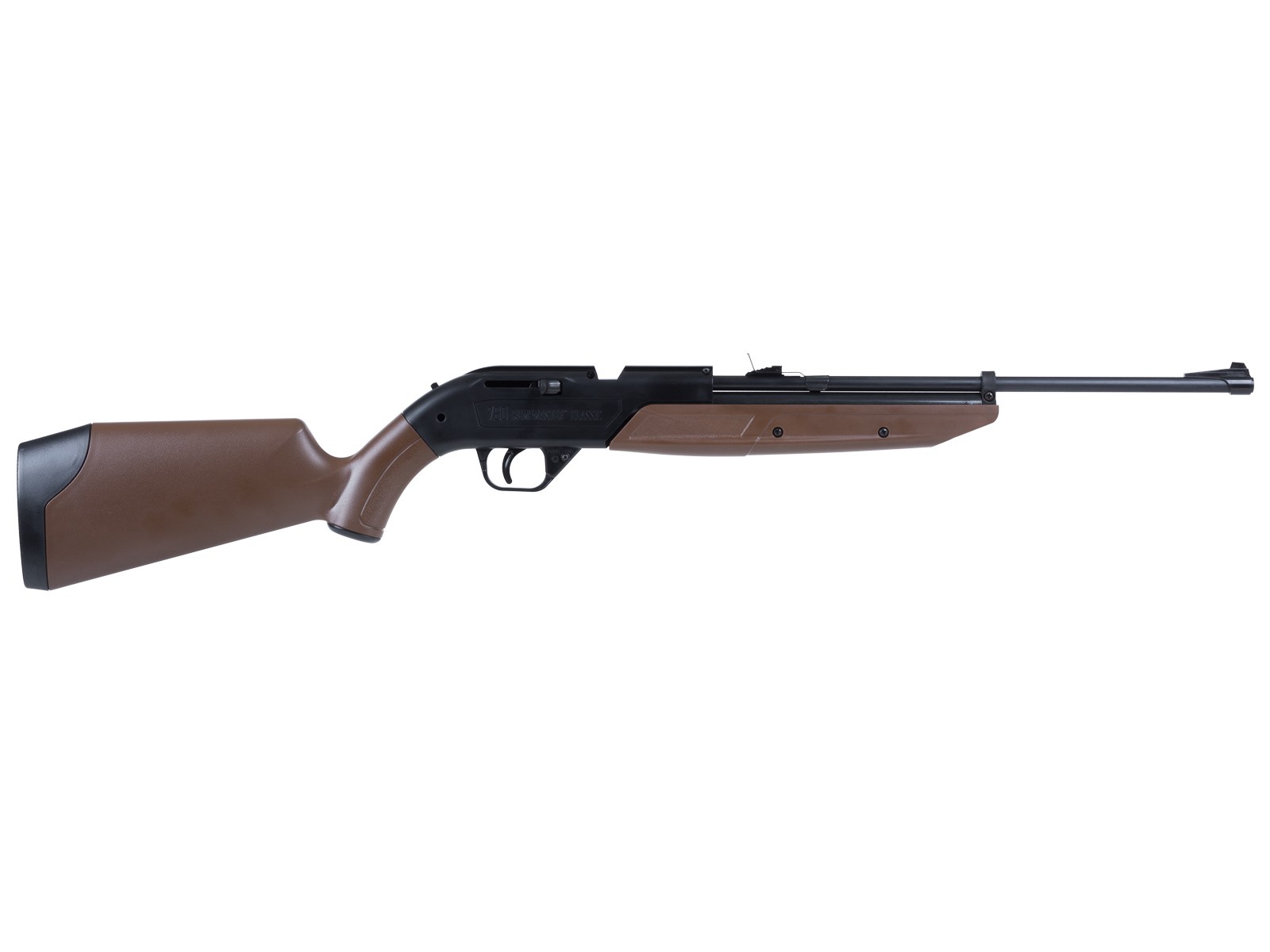 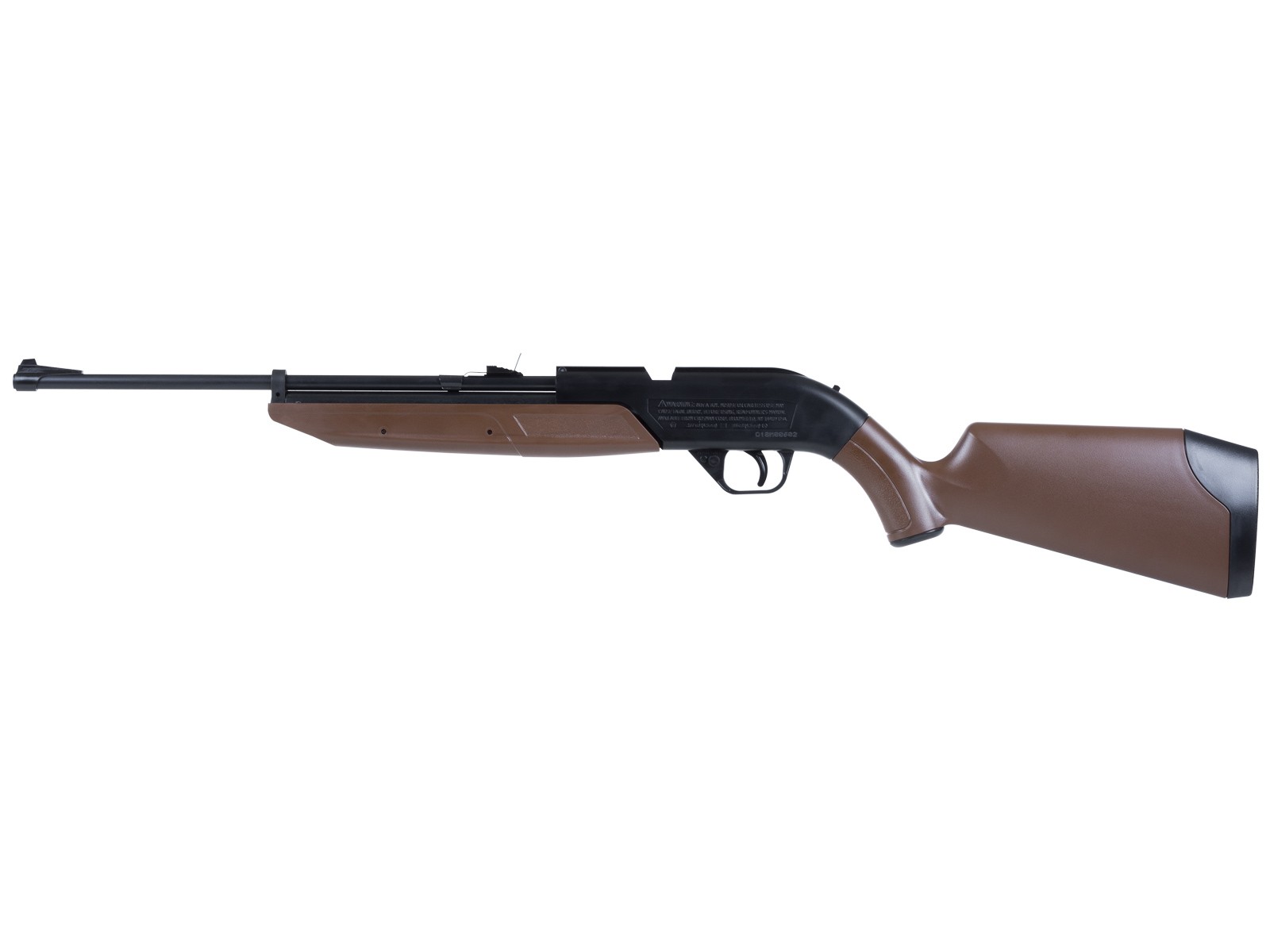 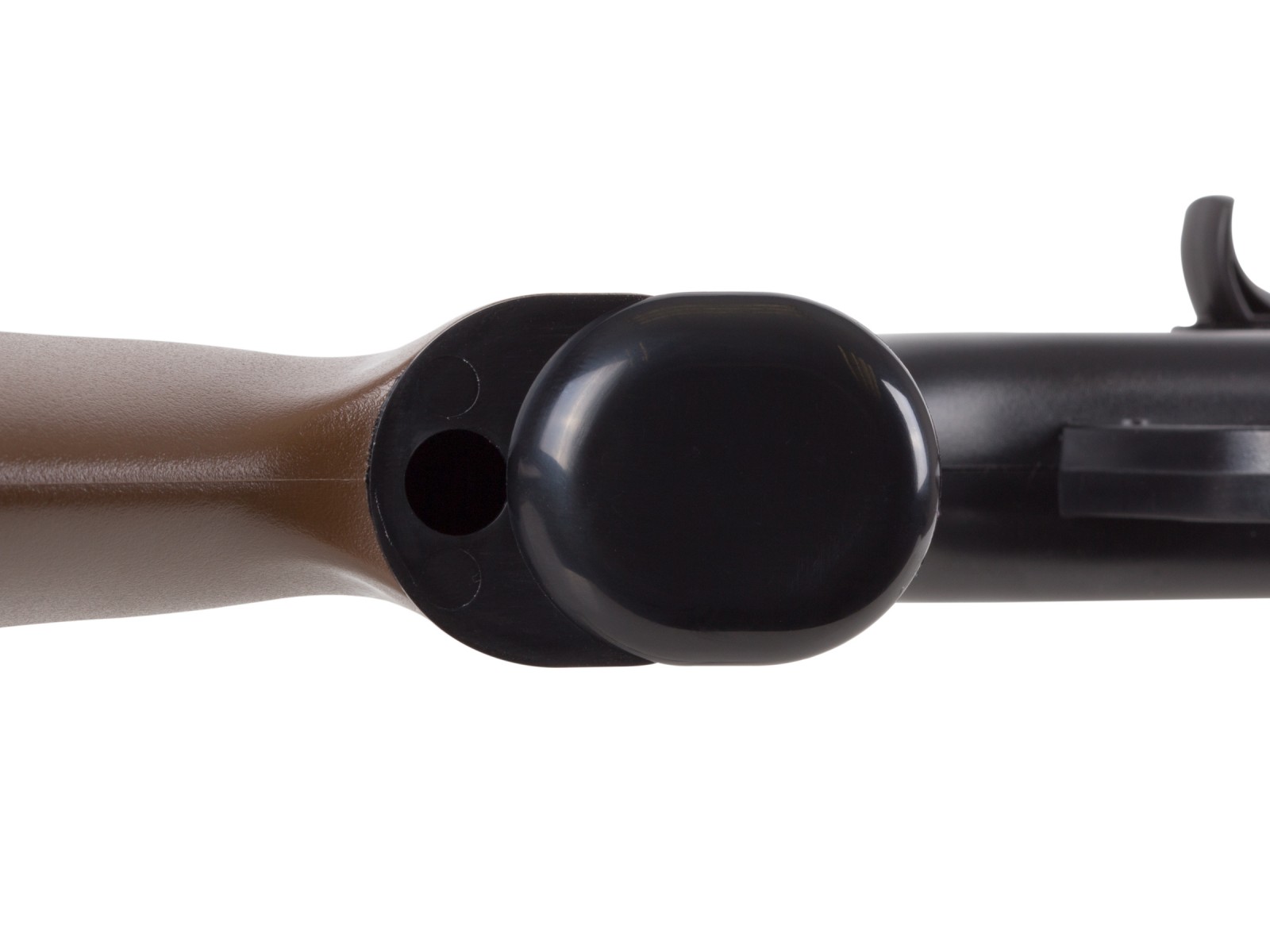 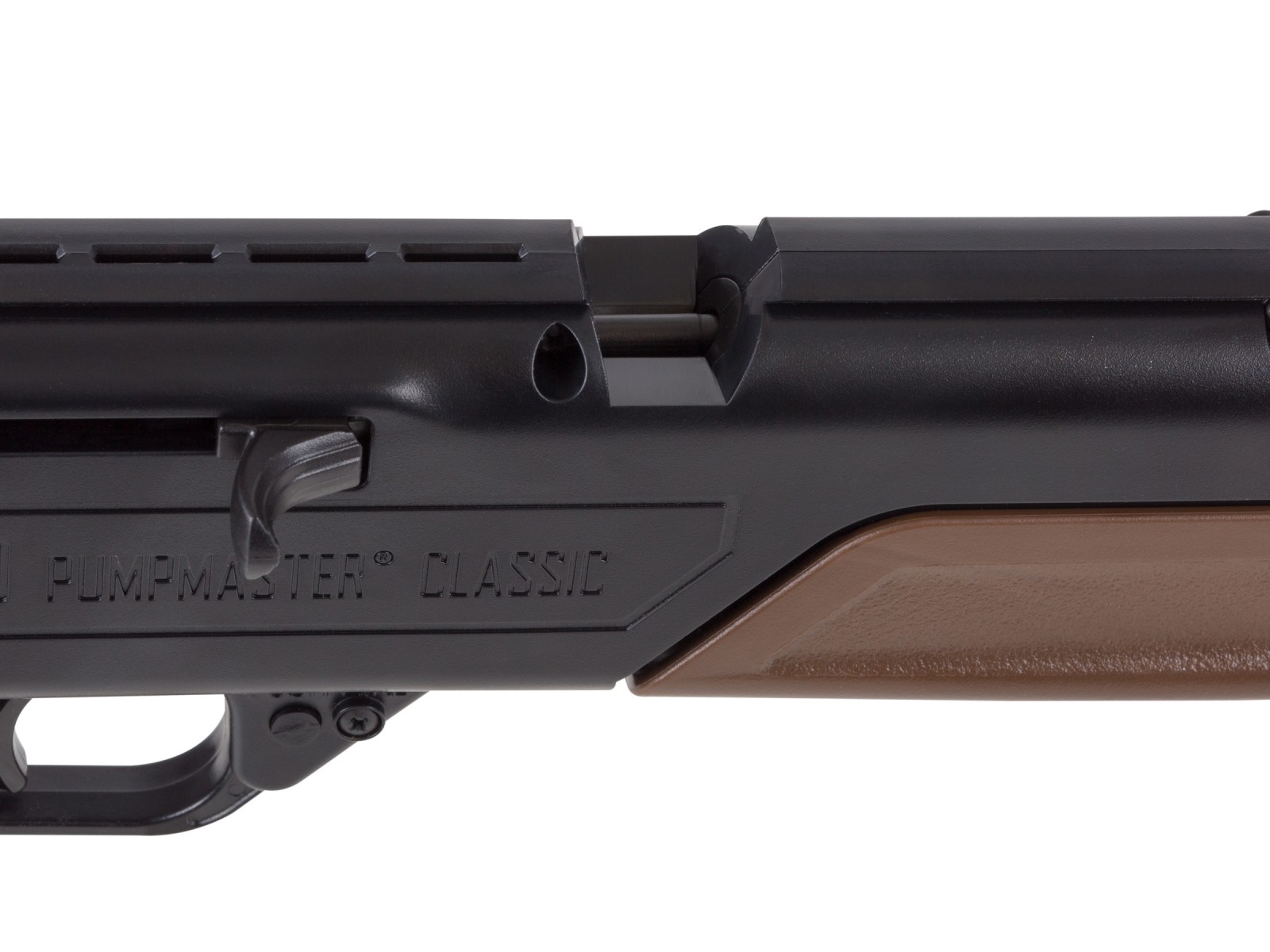 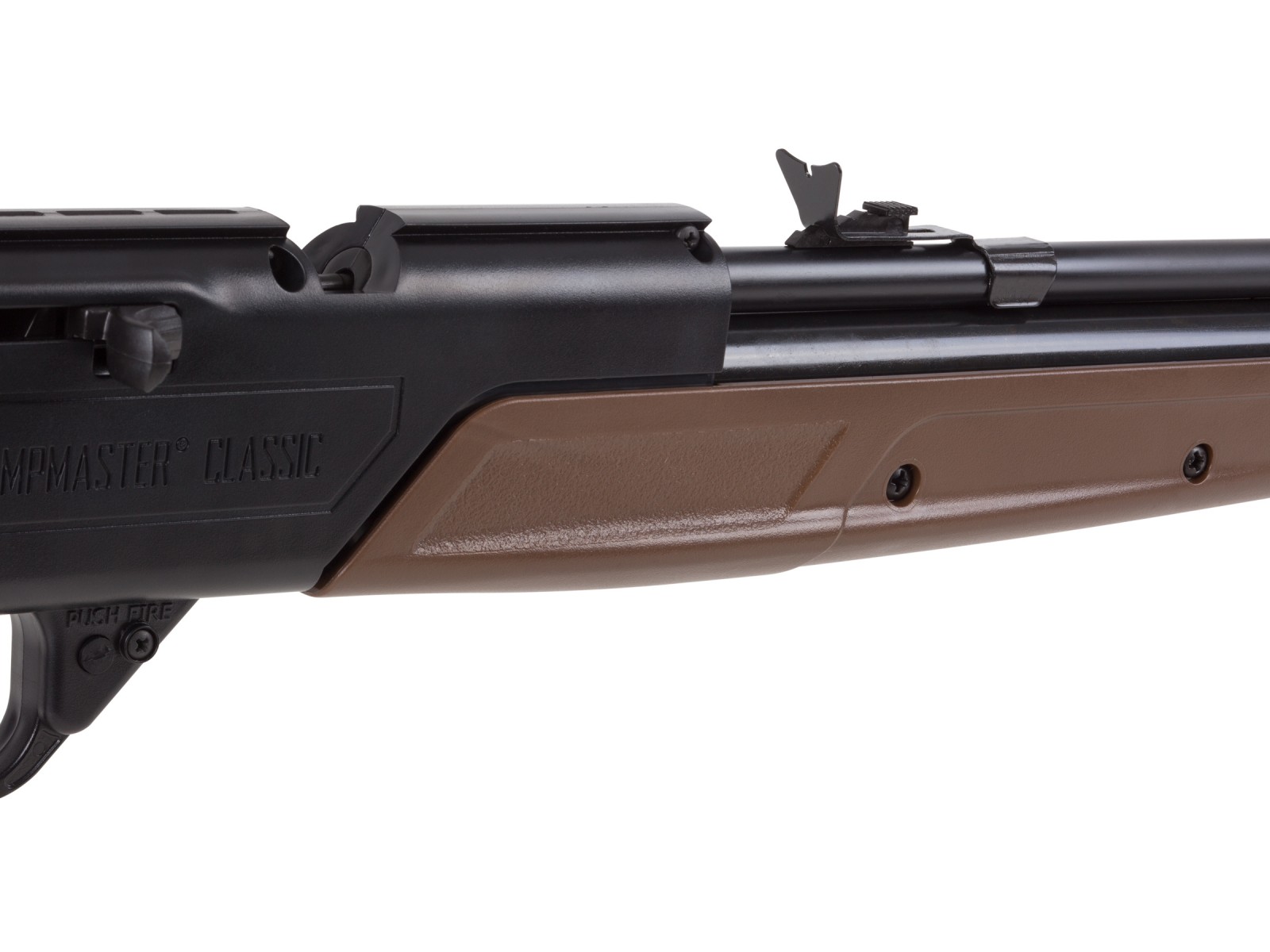 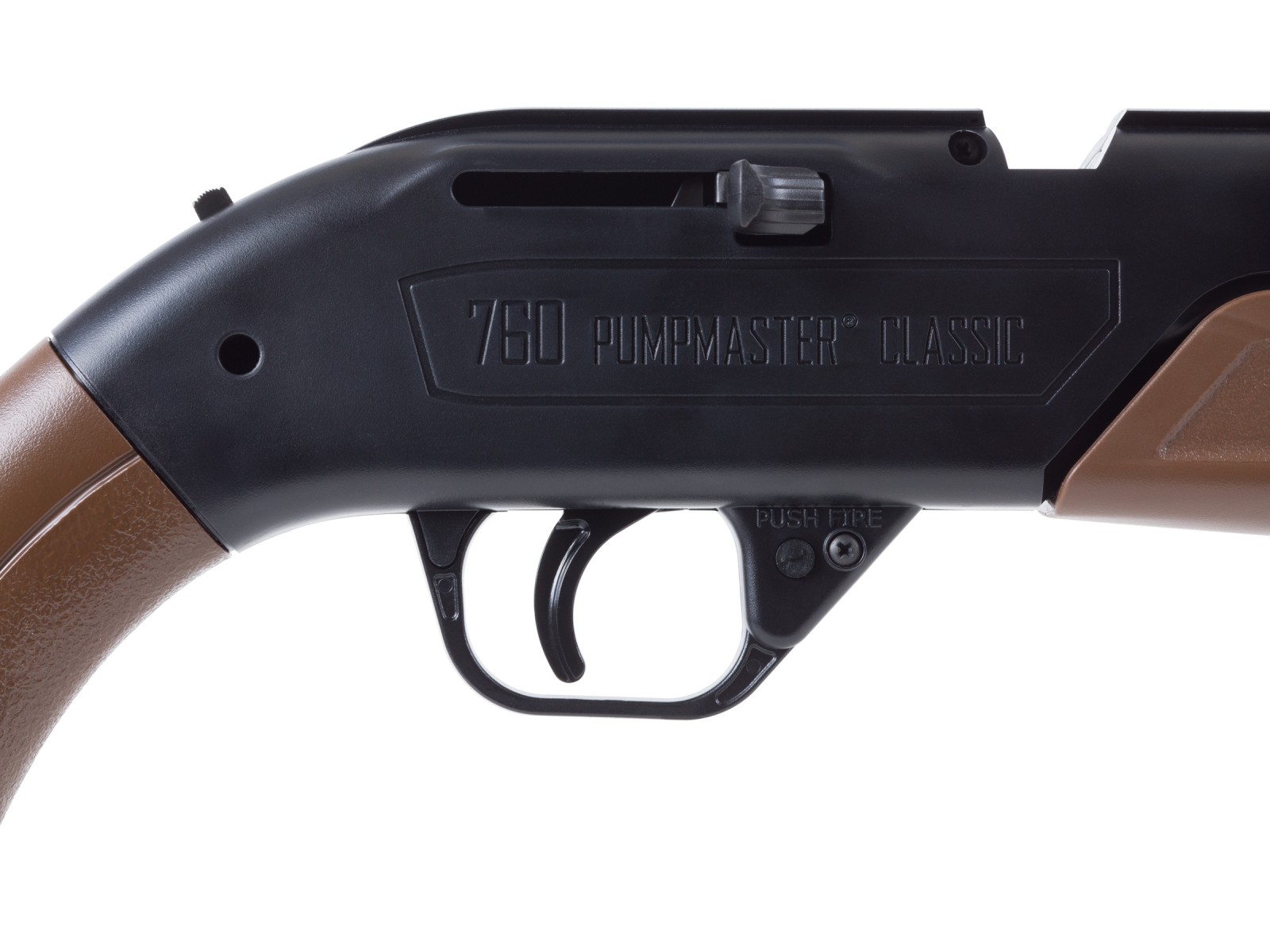 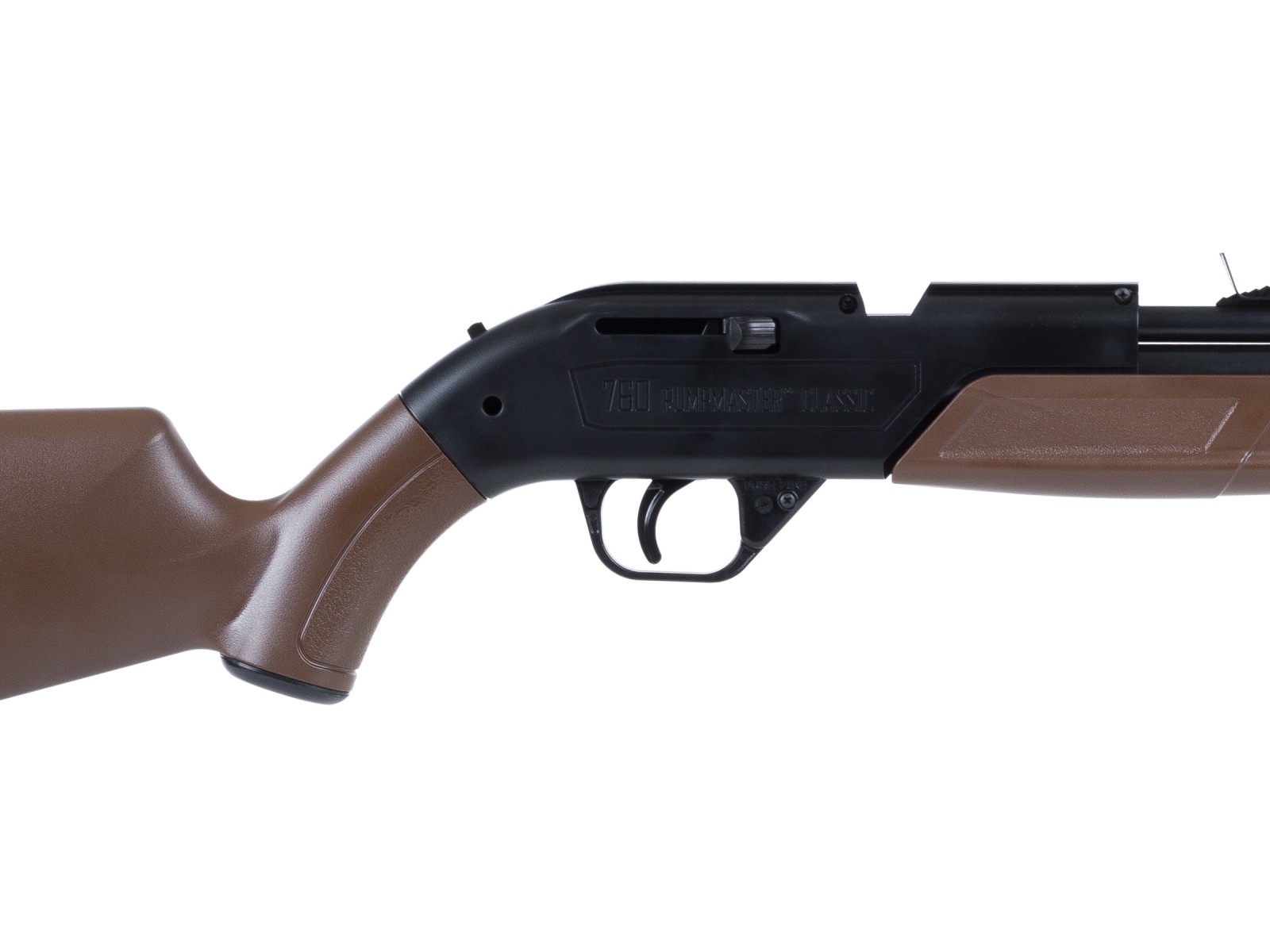 The 760 Pumpmaster is what all the other multi-pump pneumatics want to be! In production for decades, over 10 million have been sold. It shoots BBs or .177 pellets and does so with power and accuracy.

At less than 3 lbs., it's a great starter air rifle. The stock and forearm are made of a durable synthetic that takes lots of use and still looks good. An economical rifle, the Pumpmaster takes 3 to 10 pumps to send BBs up to 625 fps and pellets up to 600 fps. The checkering on the grip and the indentations on the pump handle make it that much easier to get a grip and stay on target.

Ideal for plinking and target shooting. (Never shoot BBs at metal objects!) It's so light that you can shoot all day! Suitable for younger shooters (with adult supervision) and smaller adults.

Pellets are loaded one at a time, while BBs have an 18-shot magazine, which is fed from the 200-shot reservoir. It comes with a fixed front sight, but you can get even more accuracy by mounting a scope or red dot on the 11mm dovetail.


Cick on the AMMO link for a list of recommended pellets and BBs for plinking and hunting. Find targets, safety glasses and other necessities by clicking on our ACCESSORIES link.

I had one of these as a kid and it worked for a long time. In that time I was able to dispatch a large number of pests. I purchased this new model for my son as a birthday gift. It shot harder than my old one, but is also much harder to pump. On the old model you could grab the receiver to and pump from there, with the new extended pump arm you could do this but risk catching your fingers in there. It was reasonably accurate.

Stock broke off on the first day of use after maybe 100 rounds and only pumping it 2x per round. Tried to pump it three times and the stock retaining rings inside the receiver gave way and the the stock just fell off and dumped all the BBs. My son was very disappointed as am I. Crosman has chosen to make a classic that a lot of kids grew up with into a cheaply made air rifle that breaks easily.

The stock felt kinda flimsy out of the box. But so did the others that kids were shooting so I did not worry about it. But it did break. There was another newer 760 there that has been used for the last few weeks by another kid and his is not broken. Maybe I got a bad one. But this is the last 760 I will likely buy.

Power and style in a rifle a young child can hold comfortably and is a welcome addition to my Pyraymydair collection.

Deliver a physical catalog in the mail.

Pyramydair delivers a quality product in a timely manner.

Comfortable, compact and easy to operate !