I didn’t plan on this test, but a big goof made during the last test of the red dot sight on the Air Arms TX200 Mark III forced me to rerun the test. The dot sight I used wasn’t anchored and was loose on the rifle at the end of the test. As long as I’m doing this again, I decided to make some lemonade. So, I’m going to show you a quick tip I use to anchor a scope or other optical sight when the mounts I choose have no stop pin built in. I may have covered this in the past, but bear with me as this is important to today’s test.

I want to get this test completed to clear the TX200 Mark III for the next test of the See All Open Sight. It turns out that the See All folks knew all about the problems their sight has with straight-line rifles like the M4, and they cover it in their FAQ section on their website. I didn’t read the FAQs before testing the sight; I just read the owner’s manual, so I missed that. But I thought you should know that they’re aware of the problem.

A quick fix to the scope stop situation
I often have to improvise things, and scope stops can give me problems. Since I have 25+ scopes on as many rifles, with a few extras sitting in the cabinet waiting to be mounted, I often run into a situation where the mounts that fit the scope I want to use (as well as the airgun I’m testing) don’t have the right stops. If the rifle has vertical scope stop holes like those on the TX200, the problem is solved by this quick tip.

The pictures show everything, but here’s what’s happening. A recoil pin is selected to fit in one of the rifle’s vertical scope stop holes. It doesn’t need to be attached to the scope mount — just dropped into the hole. Once it’s in the hole, slide the mount against it and tighten down the mount. As the rifle recoils, the mount tries to slide back, but that only jams it harder against the stop pin. 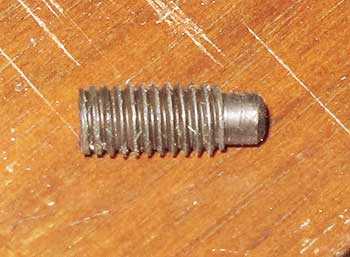 I used a real scope stop pin, but anything this size will work. 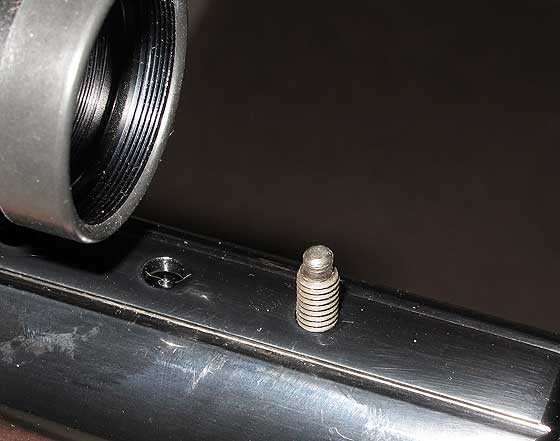 Drop the pin into the vertical scope stop hole on top of the rifle. Yes, this is upside down on purpose. It fits the hole better that way. 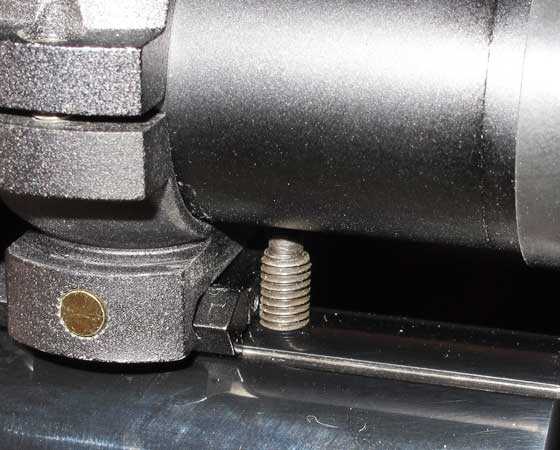 Slide the scope mount against the pin and tighten down the mounts. As the rifle recoils, it will just try to slide back and wedge against the pin tighter, so there will be no movement. The UTG Weaver-to-11mm adapter can be seen at the bottom of the mount. It’s the dark thing jammed against the pin.

Now that the fix is in place, we can begin the test. Since the red dot sight was off the rifle, I need to sight-in again. Hopefully, the sight will be pretty close this time! All shooting was from 25 yards with the rifle rested directly on a sandbag.

It took 3 shots to get on target this time. The sight was farther off than I expected.

Baracuda Match
The first pellet I tried was the H&N Baracuda Match. They did well in the last test when the sight wasn’t well anchored, so I figured they would continue to do well today. And they did. Ten shots went into 0.753 inches, and 9 of those went into 0.477 inches. That group is very round and uniform. 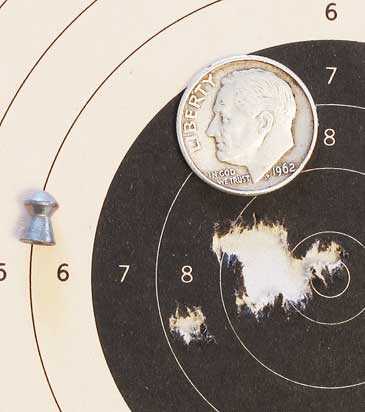 JSB Exact RS
Next up were JSB Exact RS domes. At just 7.33 grains, they’re very light for a rifle having this much power. But they sometimes give surprising accuracy. Not in the TX200, however. The group was open and was the largest of the 4 pellets I tested. Ten RS pellets went into 1.071 inches at 25 yards. 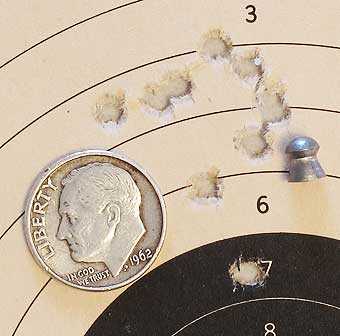 Crosman Premier 7.9 grains
Then, I tried a group with the Crosman Premier lite. Ten went into 0.641 inches, with 9 making a 0.397-inch group. So, this light pellet that I didn’t know could shoot in the big TX turned in the second best group of the day — besting the Baracuda Match pellets! 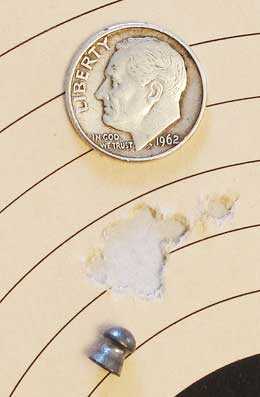 Crosman Premier heavy
The last pellet I tried was the 10.5-grain Crosman Premier heavy. I expected them to beat the Premier lites, and that’s how it turned out. Though the group appears larger than the Premier lite group, it isn’t. Ten heavys went into 0.583 inches at 25 yards and this time there were no fliers. The group is elongated but has no one pellet apart from the group. 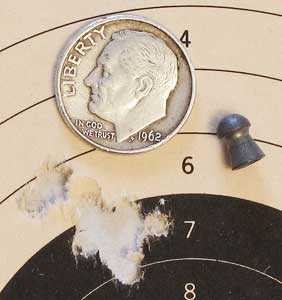 Ten Premier heavys went into 0.583-inches at 25 yards, with no stragglers. This was the best group of the day!

Results
This test was conducted correctly, with the red dot sight anchored firmly to the rifle. I inspected the mounts after the shooting was finished, and the scope stop pin is still holding the rear scope mount firmly. These groups are representative of what I can do with a dot sight on a TX200. But how do they compare with the same rifle when it’s scoped?

The question now is what will happen when I mount the See All Open Sight on this airgun? Can the groups be as small as those made by the red dot sight? Can they be smaller? We’ll find out next week. 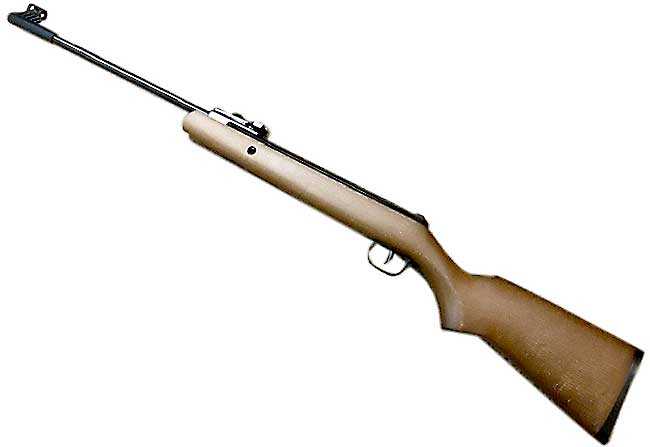