Air Venturi TR5 Target Pro repeating pellet rifle. This is the one with the target sights.

This is Part 8 of the report on the subject rifle. The first 6 parts were about the Air Venturi TR5 Multi-Shot Target Air Rifle and Part 7 was about the new Air Venturi TR5 PRO .177 cal Target Air Rifle. I told you all the differences I could see between the two rifles in Part 7, so today I’m going to fast-forward to the accuracy test of the Pro. But before I do, let’s establish the baseline performance.

I was able to adjust the single-stage trigger pull on the first rifle down to 3 lbs. 2 oz. This Pro starts out at 3 lbs. 14 oz. and I was able to drop it a full pound (2 lbs. 14 oz,) after adjusting, but the pull varied from there to just over 4 lbs. I think this trigger needs to be broken in to work best.

I had several pellets fall out of the clip while inserting it into the rifle, so I started seating them deep with a ballpoint pen. Every pellet I seated would pop when its skirt went past the start of the chamber in the clip. The table below kept them all level with the end of the clip. Once seated they never fell out again, and accuracy did not change. 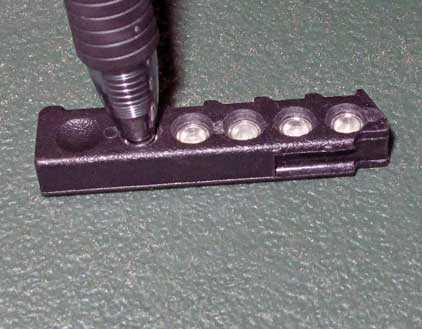 I pushed all the pellets into the clip with a pen. They went in with a pop.

It took quite a few pellets to sight in until I noticed that the rear sight was sliding off the top of the receiver! The forward recoil loosened the clamp screw on the base of the sight. I tightened it a second time but even that wasn’t enough. I had to make the clamp really tight before it held still. Then I could sight in and start shooting.

I shot the rifle from 10 meters. Since the website tells you that RWS Hobbys are the pellet of choice, I started with them. I shot 5-shot groups from a rested rifle. I used a modified artillery hold that seemed to work well. My open off hand was just forward of the triggerguard, which is the balance point of the rifle.

The first group of Hobbys measures 0.737-inches between centers, so right off the bat this rifle has met the 3/4-inch (0.750-inch) specification. But I thought it could do better, so I shot a second group after adjusting the rear sight a little to the left. 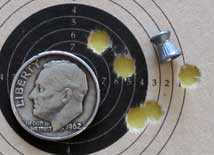 The second group was smaller. It measures 0.552-inches between centers. 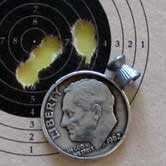 The second group of Hobbys is even smaller — at 0.552-inches between centers at 10 meters.

Now we know this TR5 can shoot; what about other pellets? I tried RWS R10 Match Pistol pellets next.

Five R10 Match Pistol pellets went into 1.131-inches at 10 meters. Four of them on the right looked good, but one off to the left spoils it. 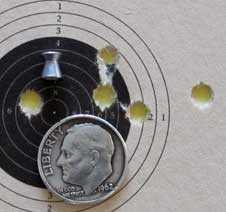 Five RWS R10 Match Pistol pellets made this 1.131-inch group at 10 meters. This is not the pellet for the TR5.

Next to be tried were five Sig Match Ballistic Alloy pellets. They are often among the most accurate target pellets I test. But not in the TR5. At 10 meters five went into 1.3-inches. Notice how open this group is — not like the R10 pellets where 4 are close and one is apart. 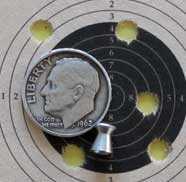 The last pellet I tried was the Chinese Qiang Yuan training pellet. Like the Sig Match pellets, these are often very accurate. In the TR5 the first 10-meter group they produced measured 0.749-inches, or right at the accuracy threshold of 0.750-inches. 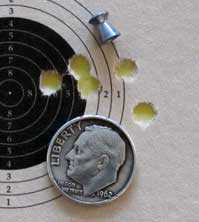 The first group was so pleasing that I shot a second group as well. This time five Qiang Yuan pellets went into 0.882-inches — just over the maximum specified. 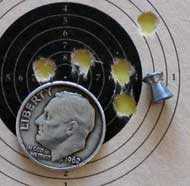 Once more with Hobbys

I was satisfied that this TR5 Pro is living up to its advertised accuracy, but after shooting 45 shots I wondered if I could do it one more time. This is more a test of me than the rifle. This time five Hobbys made a group that measures 0.556-inches between centers. It’s the second-best group of the test. Yes, Hobbys are the best of those tested, the TR5 exceeds spec and old BB can still shoot when he has to! 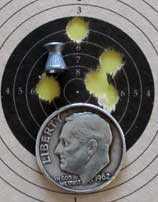 As a final test of both me and the rifle I shot a third group of Hobbys. Five went into 0.556-inches at 10 meters — the second-best group of the test.

The Air Venturi TR5 was supposed to copy the IZH 61 that no longer can be imported into the U.S. The Pro model that I just finished testing does a good job of replicating the final version of the IZH 61.

The TR5 is a kid-sized sidelever springer with a decent trigger and decent accuracy. It’s light, easy to cock and adjusts for length of pull. So, big kids can use it, too. If this was a rifle you always wanted and didn’t get one, here is your last chance — again! 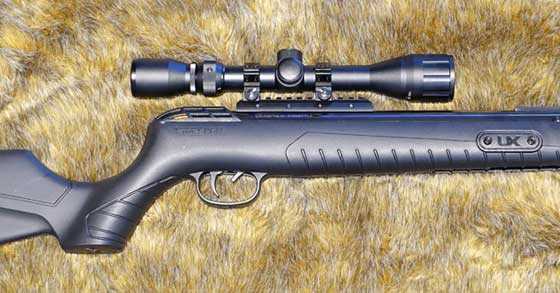 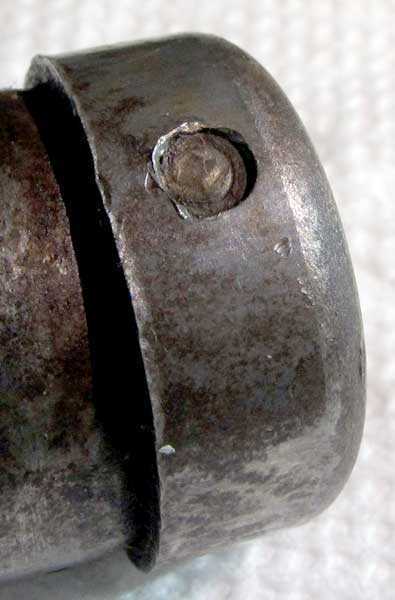