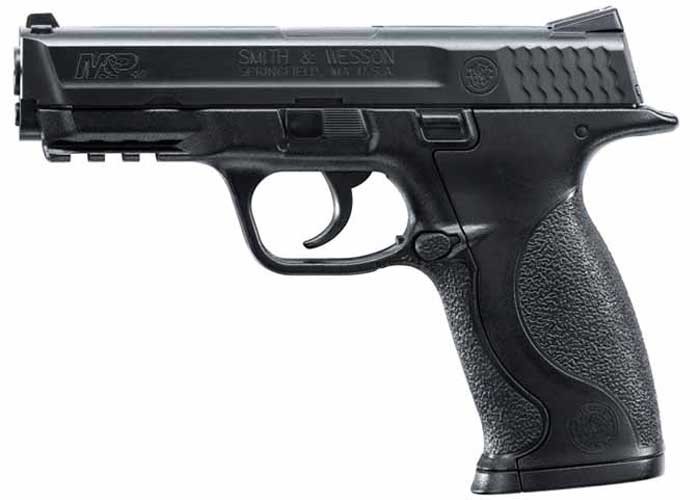 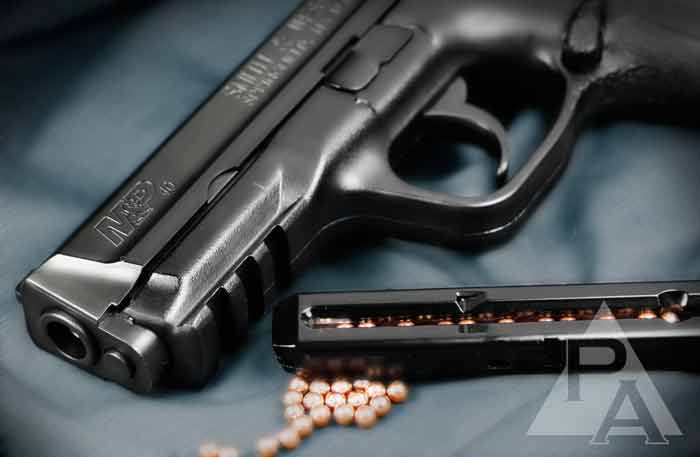 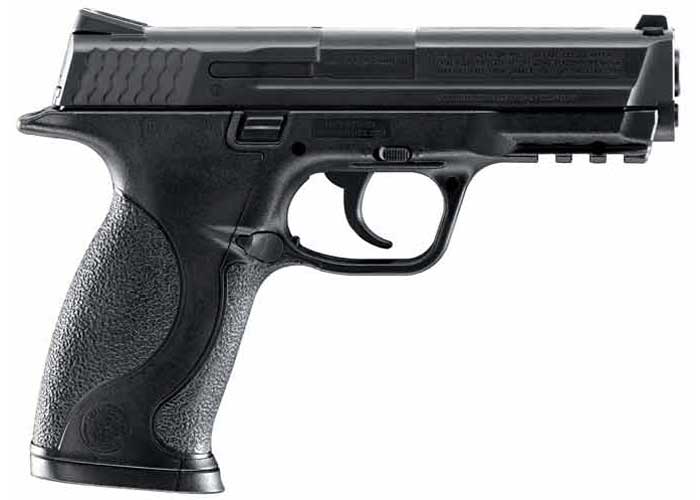 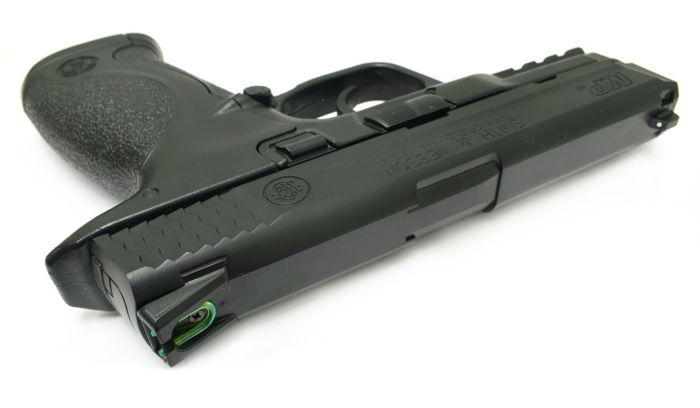 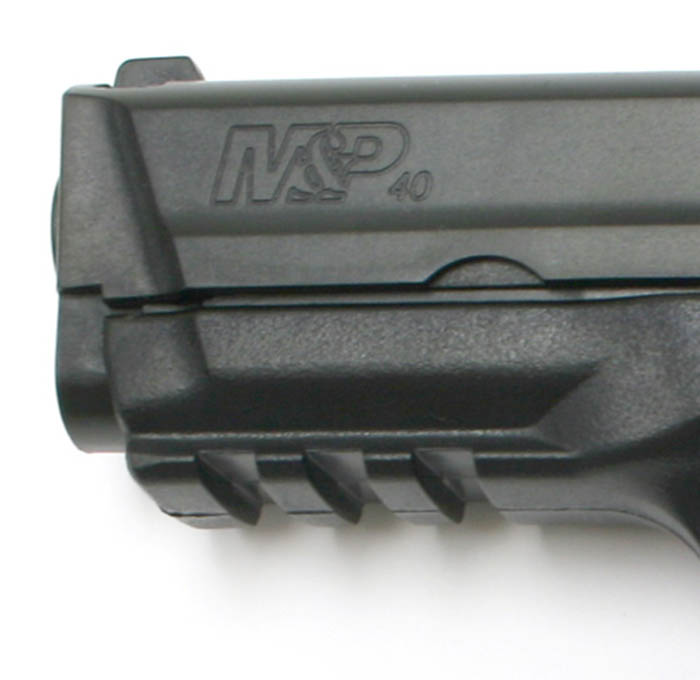 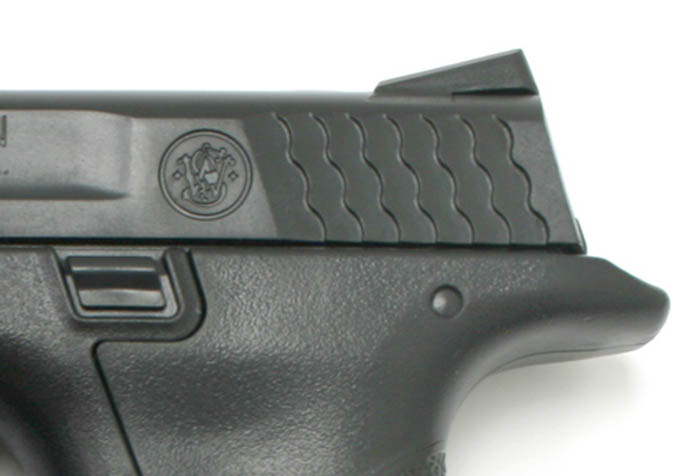 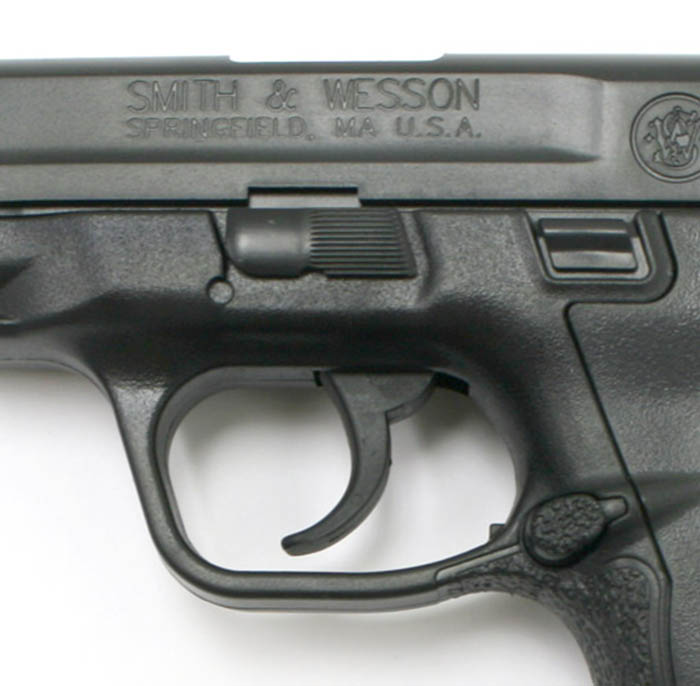 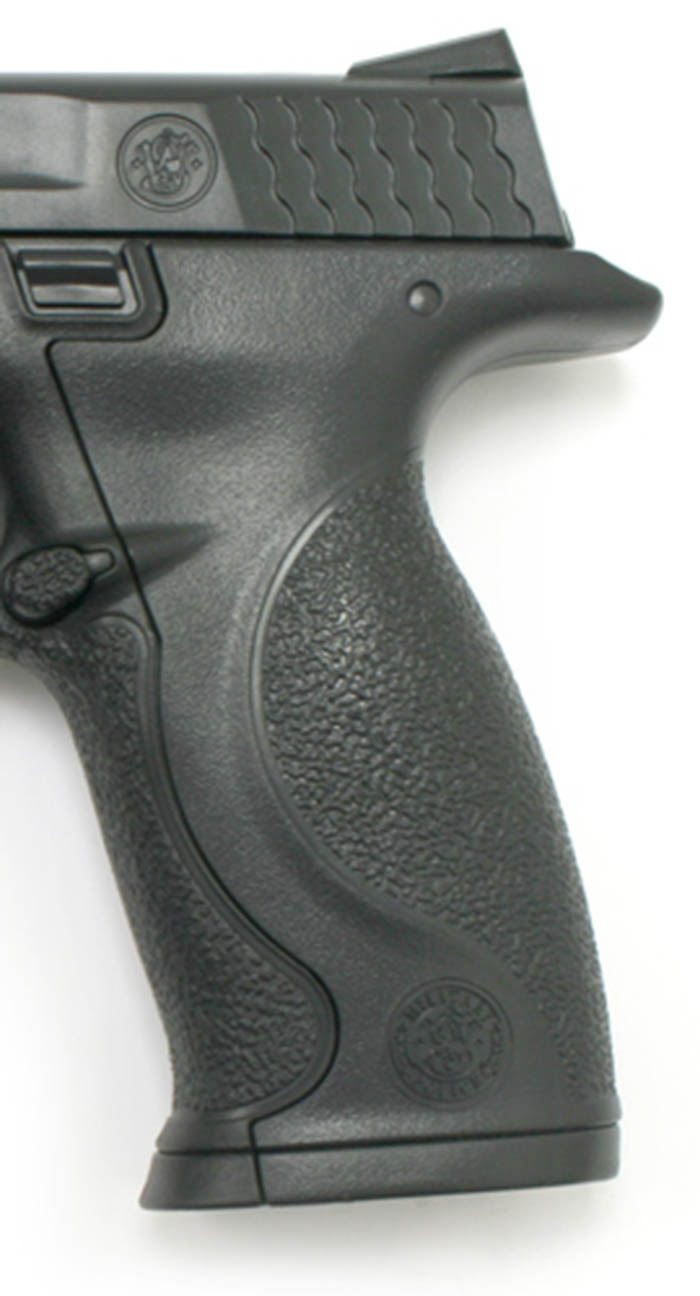 This gun shoots only steel BBs. It does not shoot lead pellets.

This gun was a surprise and a real treat! A little light but everything else was off the charts! Great sights that light up like a Christmas tree. Plastic, except for the parts that really matter, like a great, smooth feeding all steel BB magazine. Surprising accuracy (for a smooth barrel "BB pistola," rapid firing, hard hitting, great BB feeding, and all in all, a "fun-gun" and a great practice tool.

Buy this forty dollar gun before they realize it's worth a buck-fifty! :o)

nothing, just keep making them. the replica pistols are fun and good exposure units to firearms you may have, but expensive. these old non blow back pistols are excellent as off range training sidearms.

buy this/similar pistols while these less expensive non blowback are sill available. training with it daily off range will noticeably improve your performance and weapon confidence.

The Smith & Wesson gun, as depicted here, is excellent. Shoots straight, shoots fast and does not jam. This is the gun I ordered but I did not receive this gun.

I received the cheaper Umarex version of this gun which sucks. This gun is inaccurate, shoots a different line each time, jams if you shoot quick and the cheap plastic insides break frequently. This is what you sent me. I did not order this gun.

Like the page says, I was supposed to received the Smith & Wesson MP 40 by Smith & Wesson. This is a great 480 FPS gun with metal components inside. I used the first one I had so much I wore it out and was trying to replace it with same. However, what I received was the cheap Umarex version that only shoots 410 FPS and it has plastic components inside. I already have the Umarex gun and did not like it, it failed soon after I bought it. Bait and switch or just a mistake? We will see, currently waiting to see what Pyramid Air is going to do about this. Not having a great feeling about it so far.

Thank you for your comment!
Because I wanted this gun, I checked Smith & Wesson's website store and Umarex's web store. The text format and basic appearance was identical on both websites, and both listed the same gun exactly the same way, with 480 fps muzzle velocity. Umarex makes the gun and most other airgun replicas of name brand firearms. They have probably always made it. Firearms companies probably do not tool up for something so different. Umarex is possibly THE air gun company now. They made their name with these replicas and are getting into the big bore hunting air rifles. They have a model about to come out that has taken down American Bison and African Cspe Buffalo in tests. They are German, bought WALTHER firearms, and have an American branch in Arkansas. Walther does too.
Add comment to this review
View All Reviews
+ Load More