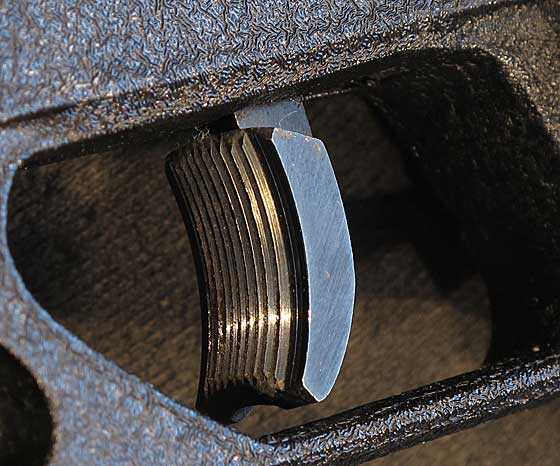 Scope
I mentioned mounting a scope on the rifle before I checked it out. The 11mm scope dovetails are cut into the top of the spring tube and are very short by today’s standards. I was able to mount only a Leapers Bug Buster scope using 2-piece BKL mounts. The Bug Buster is a very compact scope, whose size compliments the 68 — and the eye relief worked out fine, so this was a happy coincidence. 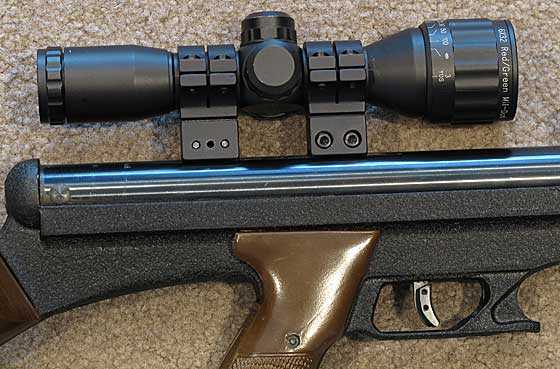 The test
I used this test not only to see how accurate the 68 is at 25 yards, but also to see if there’s a difference between seating pellets flush and seating them deep with an Air Venturi Pellet Pen’s PellSet. Each pellet shot one 10-shot group seated each way. Let’s see how it went.

Then, I shot another 10-shot group with the same pellets seated deep. It measured 1.232 inches between centers. Clearly, the flush-seated pellets were best. 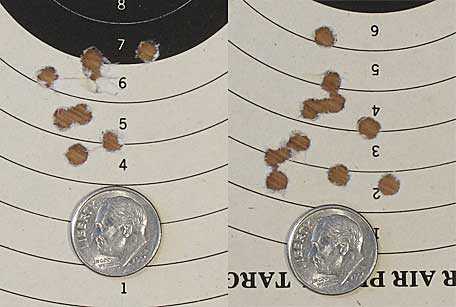 Flush pellets on the left, deep-seated on the right. The flush pellets are more accurate. 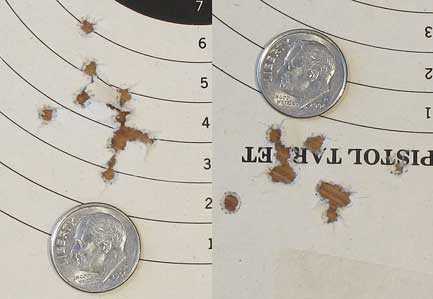 Flush pellets on the left, deep-seated on the right. Too close to call.

RWS Hobby
The last pellet I tested was the RWS Hobby pellet. And here we had a reversal of the first test with the H&N target pellets –because the deep-seated pellets out-grouped the flush-seated ones. Flush-seated pellets grouped in 1.311 inches at 25 yards. Deep-seated pellets grouped in 0.888 inches, which was the best group of the test, though the initial sight-in group of Hobbys did group even better. But all the controls of the test weren’t in place when I shot that first group, so I can’t count it. 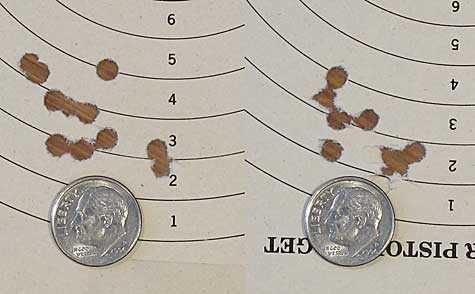 Flush pellets on the left, deep-seated on the right. This time, the deep-seated pellets performed best.

Bottom line
The results didn’t turn out as good as I expected. The 68 is accurate, but it’s not a 10-meter rifle in disguise. Having the trigger shoe makes the heavy trigger-pull comfortable, but a lighter pull would be much better.

As for the seating exercise, it seems to work with some pellets but not with others. And, of course, I haven’t yet experimented with different seating depths.

The next step with the 68 will be to disassemble the rifle and see what I can do to slick it up a bit. 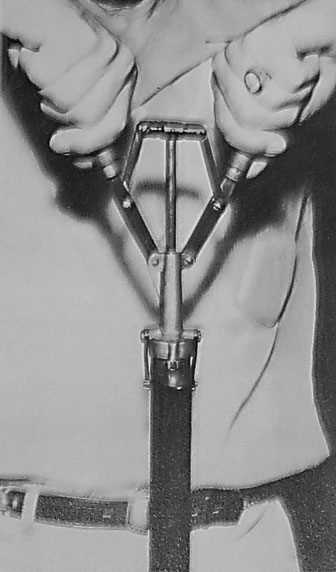