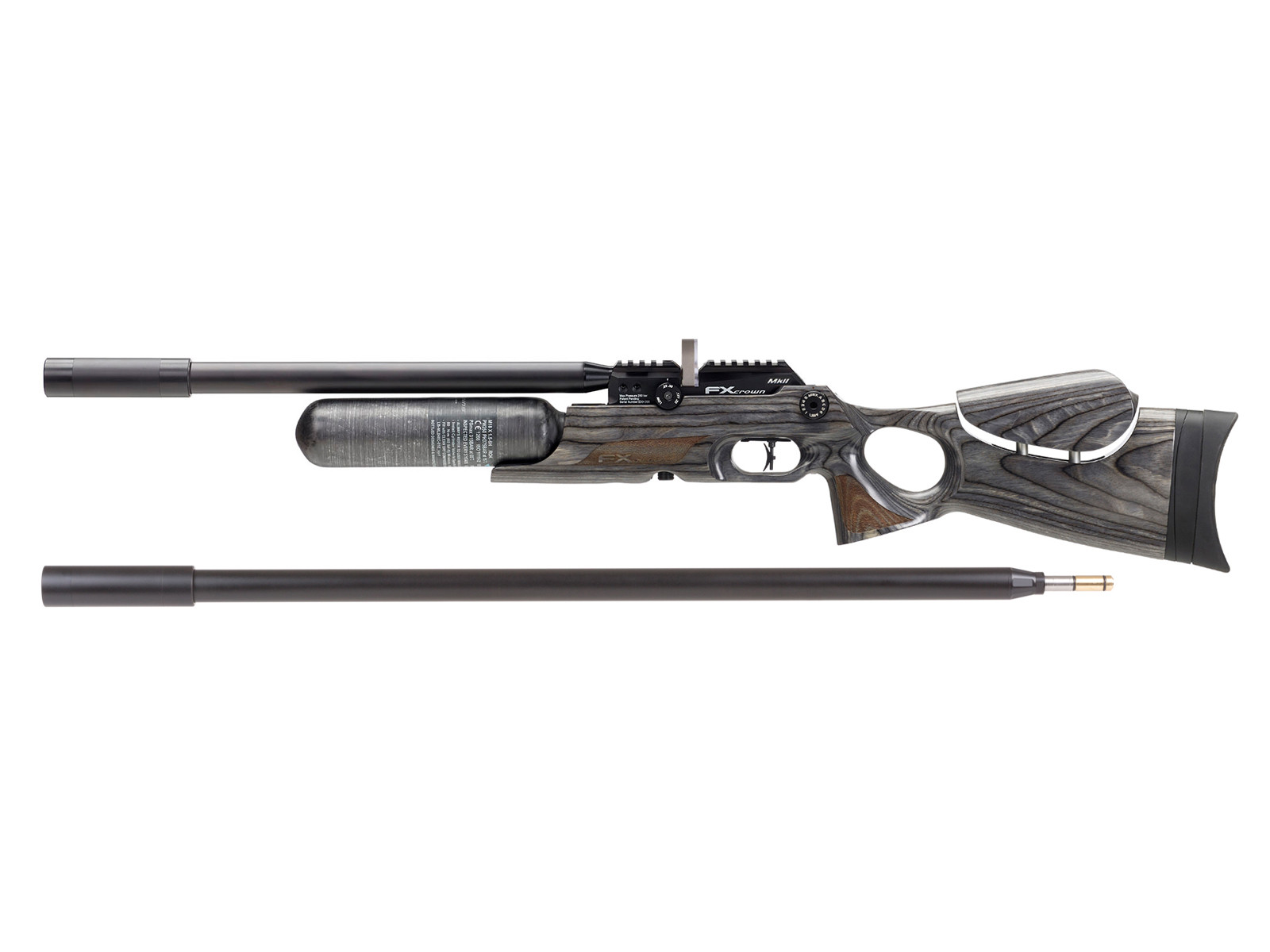 I was amazed from day one with every aspect of this rifle. The quality of the build is amazing. The accuracy is a quantum leap over anything else I've owned. I have owned some quality airguns, Benjamin's, Beemans, nice airguns but no comparison, the FX is just so smooth. I've put about 600 rounds though it and it just gets better and better.

The manual should be more comprehensive/informative.

A lot of money but worth it in my opinion.

What an absolutely beautiful airgun. Fit and finish are what you would expect on a high end gun...excellent. Tweaking the external knobs resulted in one-hole groups at 25 yds. in the 380 and 700 mm barrel with my .25

Be patient with sighting in...some pellets like less velocity than out of the box settings.

Easier harmonic tuning. Maybe another shroud spacer may help with that.

If you plan to get one of these rifles you better know how to do harmonic tuning of all 3 parts. Hammer spring,regulator, and barrel. All 3 have to be in harmony to get accuracy.