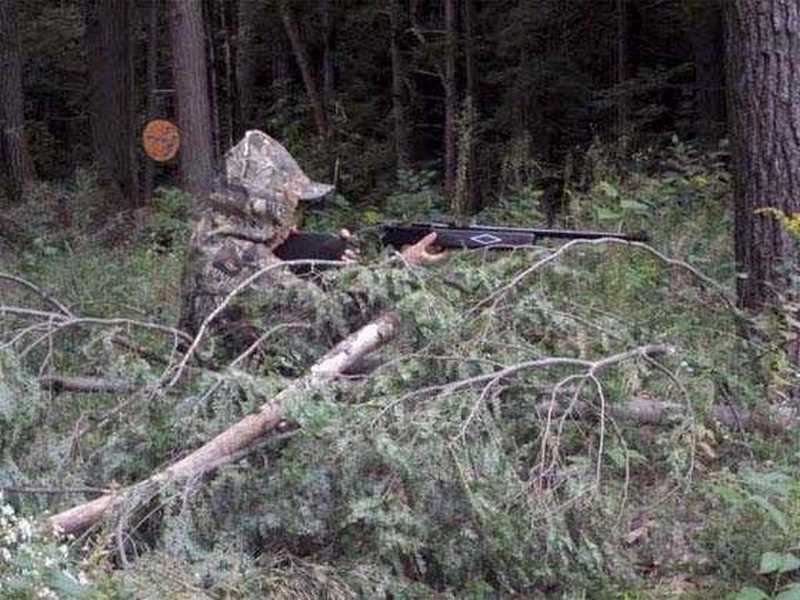 As I was doing the barrel-bending report, I was thinking about what got me to a place where I needed to know how to bend an airgun barrel. Why? Because I bought a used airgun — that’s why!

I’ve often given people the advice to buy a used airgun if their budget won’t support a good new one. Today, I’d like to expand on that thought a little. read more

When I tried to sight in the rifle, I discovered that it was shooting 2-3/4-inches high at 10 meters, which would put it even higher at 25 yards. Either the front sight had to be raised (because the peep was adjusted as low as it will go), or the barrel had to be bent. Since the front sight is dovetailed into the barrel, I decided to bend the barrel. That was two years ago. Since then I’ve been researching ways to bend barrels and thinking about the equipment needed to do the job. read more

This is a subject that is dear to a lot of experienced shooters and a turnoff to younger shooters. Peep sights are a blessing to those who have discovered how easy they are to use, but they are avoided by shooters who aren’t familiar with them. The common misconception is that a peep sight is somehow more complex than a traditional open notch rear sight, but the truth is that the peep sight is actually simpler and faster to use than the open notch.

With an open notch sight, you have to align the rear notch with the front post. There can be several different variations of how it works, such as post and bead or squared-off front post, but the process of using them is the same for all of them. The rear element and front element must be aligned, then held against the target in a certain location (i.e., 6 o’clock hold or center hold). read more

Today, we’ll look at the accuracy of the Cometa Lynx V10 precharged air rifle for the first time. This test will be at 25 yards and will give me the opportunity to adjust the scope and to find one or two accurate pellets for this rifle. I also plan to shoot the Lynx at 50 yards, so today is preparation for that.

I used the single-shot adapter for all shooting in this test. I’ve used the magazine for this rifle and it works fine; but when I’m doing accuracy tests, I like to shoot them one at a time, if possible.

The test was 10 shots, rested, at 25 yards, unless otherwise stated. The first pellet I tried was the 15.9-grain JSB Exact pellet. I’d thought this might be the most accurate pellet in this rifle, as it often is in PCPs of this power. But this time was different, for 10 pellets made a group that measures 0.795 inches between centers! That’s not a good group for a PCP at 25 yards. It’s more of a magnum-springer group. read more

In August, my friend Mac and I were invited by Leapers to tour their plant for an article I’m writing for the November color issue of Shotgun News. We were invited by the owners, David and Tina Ding. Today I would like to give you a brief glimpse of what we saw.

As most of you regular readers know, Leapers imports all their optics from various plants in Asia — mainly from China and Taiwan. They have very strong associations with those plants, so the products are made to Leapers’ specifications, and not just bought from a generic list the way some optics are. And you also know that Leapers owns the UTG brand name that stands for Under The Gun, which is another large grouping of scopes and optics. read more 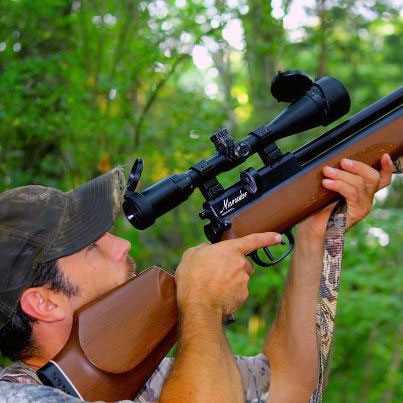 It’s accuracy day for the IZH 60 Target Pro and this is the big test that everyone has been waiting for. And there are a couple of things that have to be cleared up, too. So let’s get started.

Cosmoline in the bore
Blog reader chasblock mentioned finding Cosmoline in the bore of his rifle and asked if I would take a look at the test gun’s bore. I don’t think he really meant Cosmoline, which is a range of military long-term metal storage lubricants. He probably just meant excess grease or oil. At any rate, I ran a patch through the bore, and it came out dry. There was some anti-oxidant compound on it, but no oil or grease. So, that’s one down. read more

In almost every field of mature consumer technology, there’s a sense that the science and achievement have gone as far as they possibly can. The days of innovation are over and, from this time forth, all new models will be repaints and reskins of what’s gone before. So it is with airguns.

So the question must be asked, “Is this all there is for airguns?”

Today, I’m going to try to hopefully restore your faith that airgun technology still has new frontiers to be explored. There are still new things yet to come; we haven’t opened the last of our presents, yet. In fact, in my opinion, there’s more that lies ahead of us than all that’s happened so far. read more